EARTH – Look up Sunday night or early Monday morning, and you may see a celestial show. The Orionid meteor shower, which peak during mid-October each year... 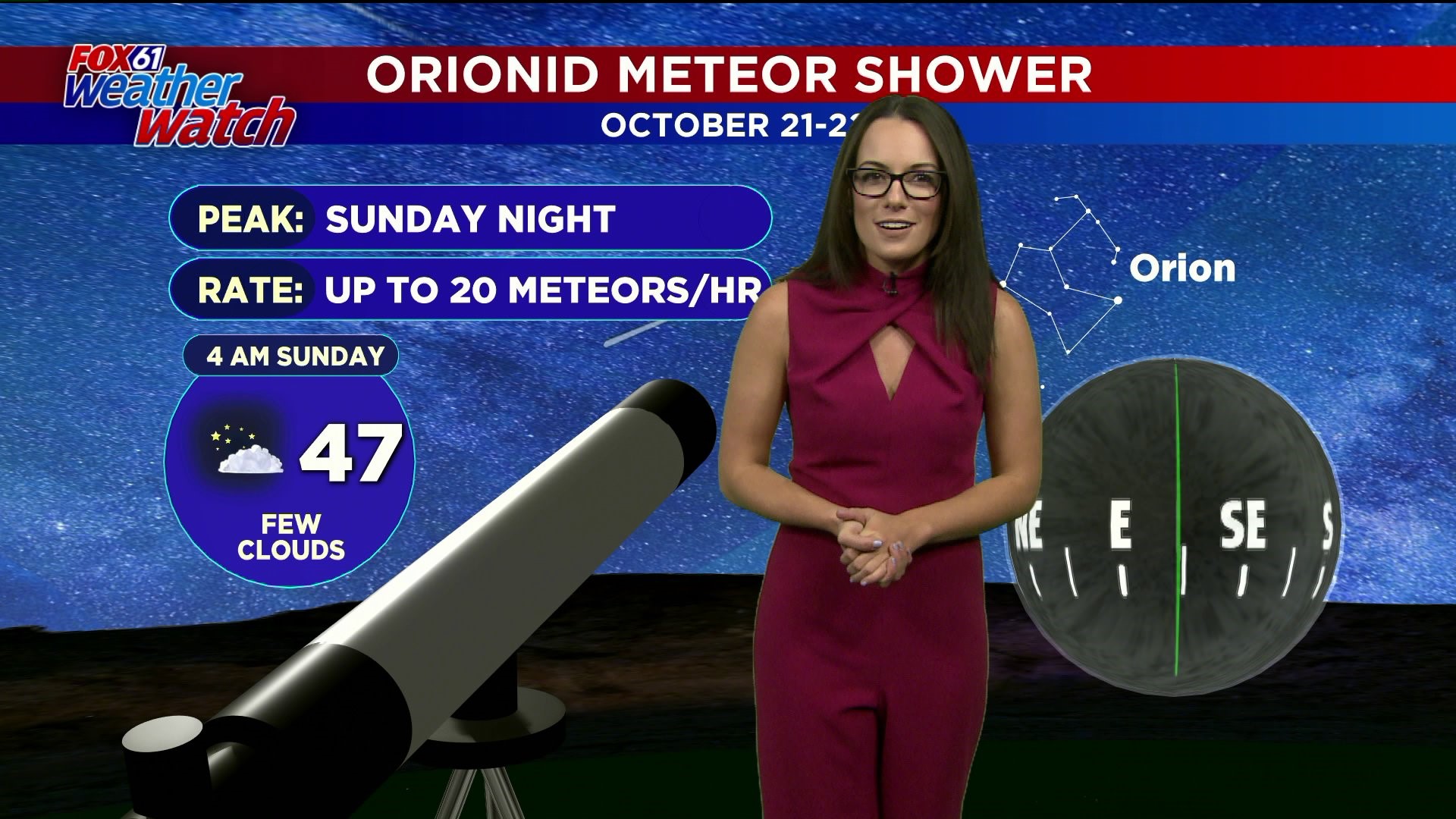 EARTH - Look up Sunday night or early Monday morning, and you may see a celestial show.

The Orionid meteor shower, which peak during mid-October each year, are considered to be one of the most beautiful showers of the year. Orionid meteors are known for their brightness and for their speed. These meteors are fast—they travel at about 148,000 mph (66 km/s) into the Earth's atmosphere. Fast meteors can leave glowing "trains" (incandescent bits of debris in the wake of the meteor) which last for several seconds to minutes. Fast meteors can also sometimes become fireballs: Look for prolonged explosions of light when viewing the Orionid meteor shower.

The Orionids are viewable during the hours after midnight. Find an area well away from city or street lights. Come prepared with a sleeping bag, blanket or lawn chair. Lie flat on your back with your feet facing southeast if you are in the Northern Hemisphere, and look up, taking in as much of the sky as possible. In less than 30 minutes in the dark, your eyes will adapt and you will begin to see meteors. Be patient -- the show will last until dawn, so you have plenty of time to catch a glimpse.

Meteors come from leftover comet particles and bits from broken asteroids. The pieces of space debris that interact with our atmosphere to create the Orionids originate from Halley's Comet, or 1P/Halley. Each time that Halley returns to the inner solar system its nucleus sheds ice and rocky dust into space. The dust grains eventually become the Orionids in October and the Eta Aquarids in May if they collide with Earth's atmosphere. Comet Halley takes about 76 years to orbit the sun once. The last time comet Halley was seen by casual observers was in 1986. Comet Halley will not enter the inner solar system again until 2061.

If you take pictures or video of the showers, please share it with us! Post on social media with the hashtag #Share61, or email us at Share61@FOX61.com