WINDSOR — A sad sight to see: some of the last of the iconic tobacco sheds of the Connecticut River Valley being torn down. “I feel it is very unfortunate... 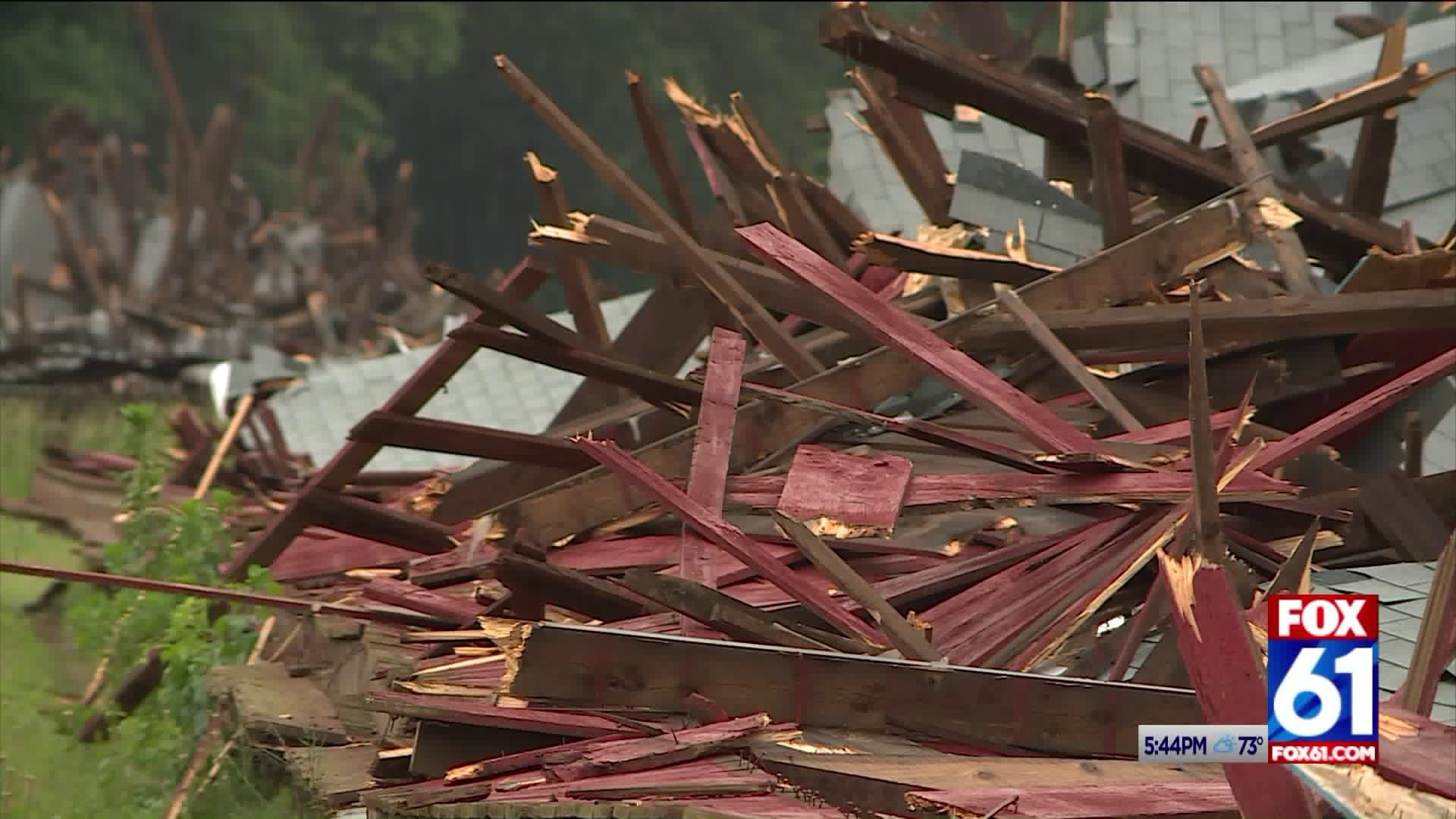 WINDSOR -- A sad sight to see: some of the last of the iconic tobacco sheds of the Connecticut River Valley being torn down.

“I feel it is very unfortunate the property owner and or the perspective buyer didn't find a way to preserve these iconic and historic structures.” remarked Windsor Town Councilor Ken Witkos.

Citing a business decision, more than a dozen iconic and rustic tobacco sheds owned by the Thrall Family were torn down now off of Kennedy Road in Windsor.

"It’s a shame," says Justin Bordua, owner of Bordua Farms in neighboring South Windsor. "I wish we could have picked it up and brought it to our farm but it’s just not cost effective."

The Borduas are building a tobacco shed of their own. Right now the crop is small. He said farmers face a lot of challenges. "Weather is a big one. Prices fluctuate, demand fluctuates."

Tobacco was a cash crop in the Connecticut River Valley for generations. The shade-grown tobacco was primarily used for the outer wrapper of cigars. Bordua says the soil here produces "a taste in the tobacco that can’t be replicated elsewhere." Many cigars proudly proclaimed "Connecticut wrapper" on their bands.

Tobacco farmers had it made in the shade until the 1980s, when the shade tobacco industry, a highly labor intensive crop grown under netting, got competition. Farmers in Ecuador were able to grow the same tobacco. "Without any of the shade netting, and it’s much less expensive to grow there so a lot of the production has shifted there," said Bordua.

And The industry continued to shrink as awareness spread around the dangers of smoking.

Darcy Cahill is the author of "Tobacco Sheds, Vanishing Treasures in the Connecticut River Valley". She says while tobacco was important to the economy, it was also key to race awareness. Martin Luther King Junior worked on a tobacco farm in Simsbury for 3 summers.

"He would work on the farms but then he would go into Hartford and her write to his mom: 'My gosh we could sit anywhere in the restaurant."