HARTFORD —  The top federal prosecutor in Connecticut is assisting Attorney General Bill Barr in his review of the genesis of the 2016 Russia investigatio... 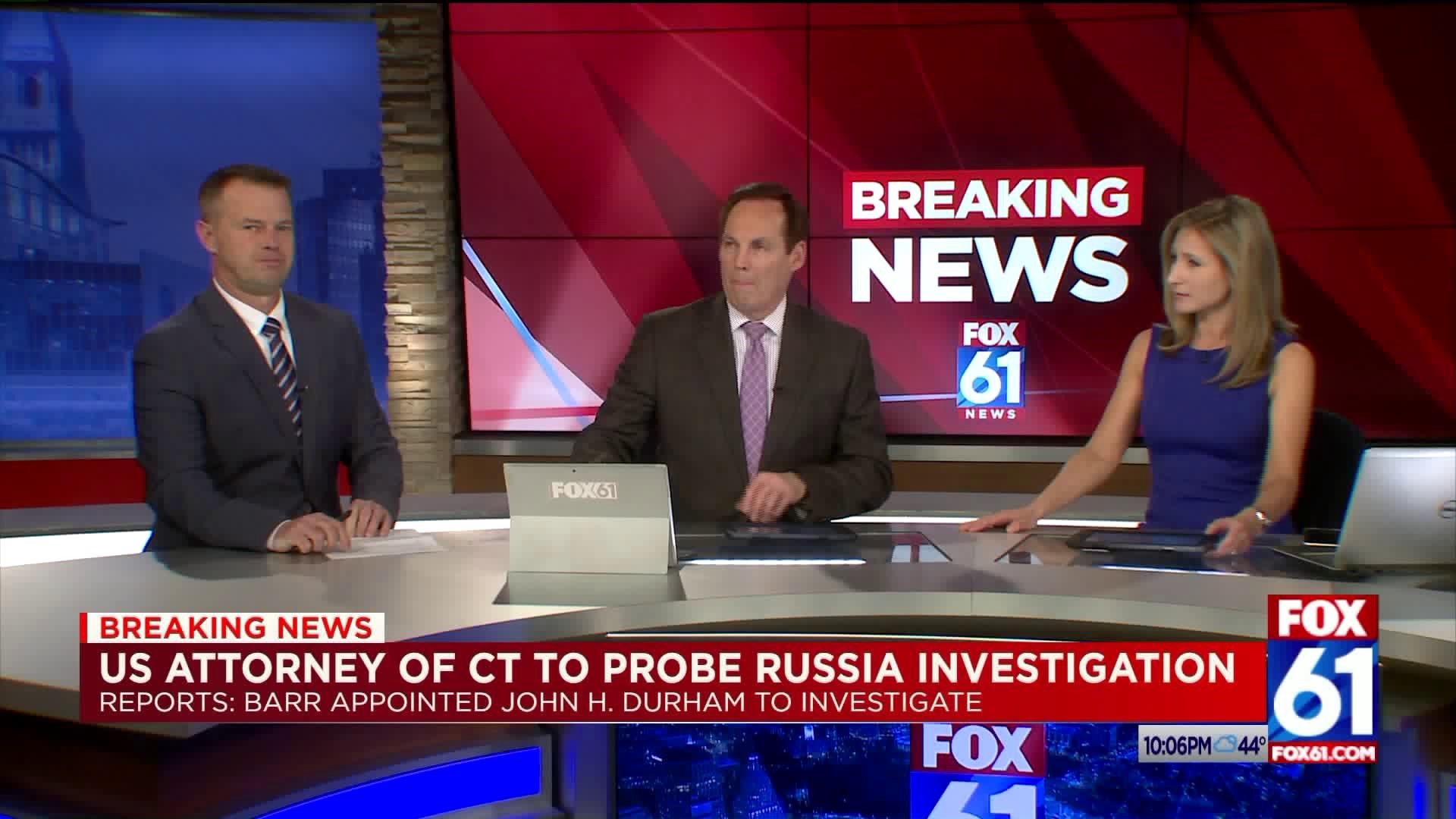 HARTFORD --  The top federal prosecutor in Connecticut is assisting Attorney General Bill Barr in his review of the genesis of the 2016 Russia investigation, according to a source familiar with the review.

US attorney John Durham has been tapped to help Barr, but is not acting as a special counsel like Robert Mueller, the source said, and will be looking at whether intelligence collection activities by the US government prior to election day were lawful.

Durham is a Trump appointee who has investigated numerous public corruption cases under Republican and Democratic administrations. He was appointed by then-Attorney General Janet Reno to investigate corruption surrounding the use of FBI informants in Boston in the late 1990s, and later called on to investigate the CIA's destruction of videotapes of detainee interrogations in 2008.

And while Barr has said publicly that he's not launching a full blown investigation into the FBI's handling of the matter, Durham's role -- first reported by The New York Times -- does provide one of the clearest signals to date of the seriousness of an inquiry President Donald Trump had called for repeatedly.

Barr's concerns about surveillance of the Trump campaign were first revealed during testimony before the House Appropriations Committee last month when he suggested, controversially, that Trump's campaign was spied on, but he has declined to elaborate on the precise contours of the review or the basis of concern.

Over the weekend, Trump tweeted criticism of FBI Director Chris Wray's leadership on the heels of Wray distancing himself from Barr's use of the term "spying" last week.

Terminology aside -- Durham's assistance on Barr's review now marks a third, and separate, instance of a probe into the early days of the Russia investigation.

The Justice Department's internal watchdog, Inspector General Michael Horowitz, is examining the circumstances surrounding the surveillance warrant and subsequent renewal applications on former Trump aide Carter Page. And the US attorney in Utah, John Huber, was tasked with looking into allegations that the FBI abused its surveillance powers, among other issues related to Hillary Clinton and the Clinton Foundation.

Horowitz's inquiry is expected to wrap up in June.