HADDAM —  A debate over the First Amendment and the American Flag are dividing the town of Haddam. “This is national political strife brought to literally... 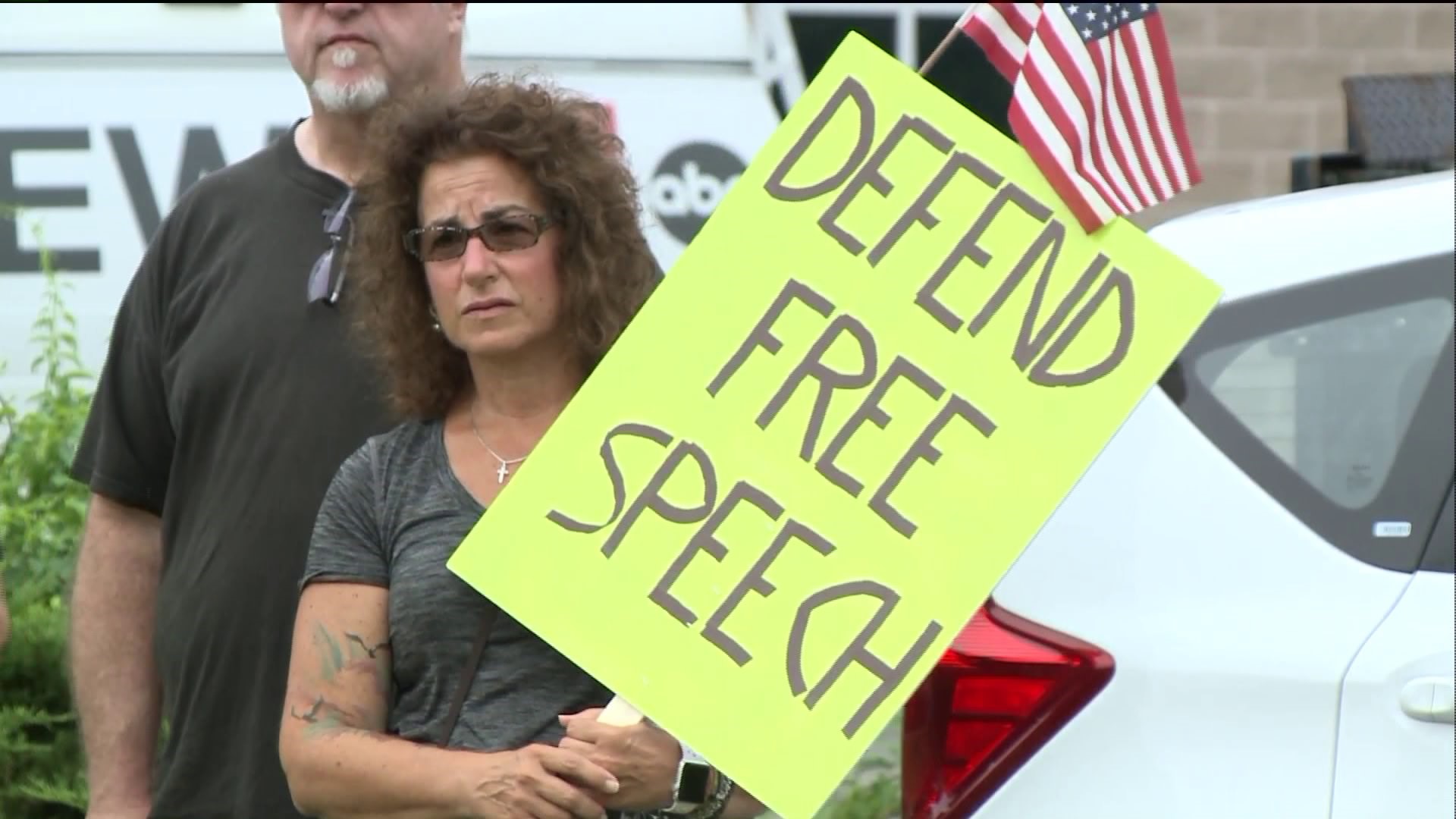 HADDAM --  A debate over the First Amendment and the American Flag are dividing the town of Haddam.

That includes the First Amendment rights of Haddam Selectwoman Melissa Schlag, who has been kneeling during the pledge of allegiance during Board of Selectman meetings to protest the Trump administration.

“President Trump sat down with Putin and he took Putin's word over the word of all American intelligence agencies,” said Schlag.

At the same time, opponents held a rally in opposition across town in Haddam.

Schlag’s kneeling has sparked criticism from those who say she’s disrespecting the flag and veterans.

“It’s disrespecting everything that they’ve given up for us,” said Lori Maggi of Haddam.

However, Schlag also has supporters, including some veterans.

“I think what she’s doing is wrong,” said First Amendment demonstrator Linwood Skinner . “But I think everybody has a right to say and do what they wanna do.”

Schlag is not alone. Middletown Board of Education member Lisa Loomis-Davern has been taking a knee to protest racial inequality.

“The symbolic gesture of taking the knee is what shines as bright light on these issues,” Loomis said during Monday’s vigil.

Region 17 Board of Ed Member Chris Couture has been kneeling for nearly a year.

“Just drawing attention to the fact that as a society we are not living up to our ideals,” Couture said during a phone interview.

The issue has the community split with those who support Schlag’s desire to take a knee and those who don’t.

Some residents made their concerns loud and clear at a Board of Selectman meeting following the vigil and opposition rally.

“She’s putting a black eye on this town. She’s insulting the intelligence of her constituents,” said one man during the public comments portion of the meeting.

“And disrespect them, I think it was disgraceful,” said another critic.

But some speakers during the meeting also spoke up in support of Schlag.

“Everybody has the right to speak,” said one man.

“She has that right,” said another veteran and supporter.

Despite calls for her resignation, Schlag does not intend to resign or stop kneeling.

“I appreciate everybody coming out because this is truly town government at its best,” she told the crowd at the end of the Board of Selectman meeting.

Region 17 Board of Education member Maura Wallin has also been kneeling with fellow board member, Chris Couture for the last year. She has not received nearly as much backlash.