Tractor-trailer slams into tree, causing it to fall onto Meriden home

MERIDEN —  Miraculously no one was hurt after a tractor-trailer crashed into a house in Meriden early this morning. “Thought it was thunder, didn... 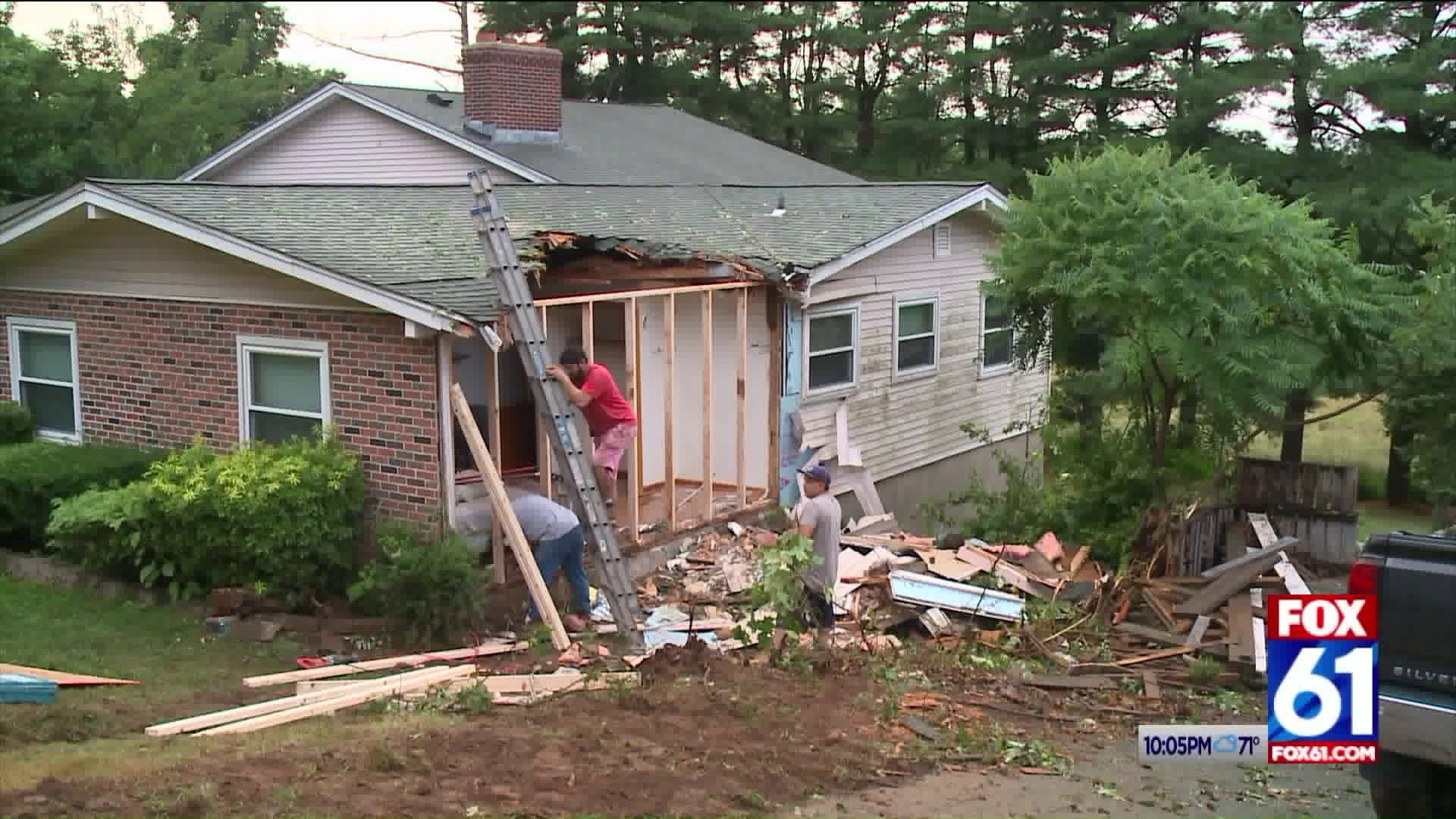 MERIDEN --  Miraculously no one was hurt after a tractor-trailer crashed into a house in Meriden early this morning.

"Thought it was thunder, didn't really think much of it," says Jeff Naldi, who lives across the street from the house.

It was a crash that woke people living on Preston Avenue in Meriden just after 4:00a.m. Thursday morning. One man who lives here woke up to this tractor trailer lodged inside his daughter's bedroom.

"I said, 'Oh my God, what happened?'" says Aldo Signorello.

The tractor trailer hit two vehicles and a van before it drove into the house. Everyone inside the home at the time is okay. Signorello's daughter was at work. The truck driver didn't need to go to the hospital and only has bumps and bruises.

Signorello says this never should have happened in the first place.

A "no thru truck" sign, which used to be on Preston Avenue hasn't been here for a number of years. Signorello says he's personally reached out to the city about it, but says the city hasn't done anything about it.

"Trucks come by, the house shakes, the walls crack because of these trucks," says Signorello. "We're very close to the street and down the street is even worse, because it gets even more narrow than it does here."

The Signorello’s have begun the rebuilding process. Nearly half of their daughters bedroom, gone.

The US Mail tractor trailer collided full speed with a neighbor’s van two houses down from its final resting spot.

FOX61 obtained exclusive photographs from neighbor Kasie King of what happened next. First the tractor trailor collided with her 2011 Kia sending it into the Signorello’s home.

Tractor-trailer slams into tree, causing it to fall onto Meriden home

The truck continued taking out a tree and fence before jack knifing into the bedroom on the right side of 484 Preston Ave. The tractor trailer landing on King’s husband’s truck.

King and other neighbors where not surprised by what happened.