HARTFORD — Friday was the inaugural ride of the new expanded CT Rail Hartford Line. There is growing optimism that it will put Connecticut on the fast-tra... 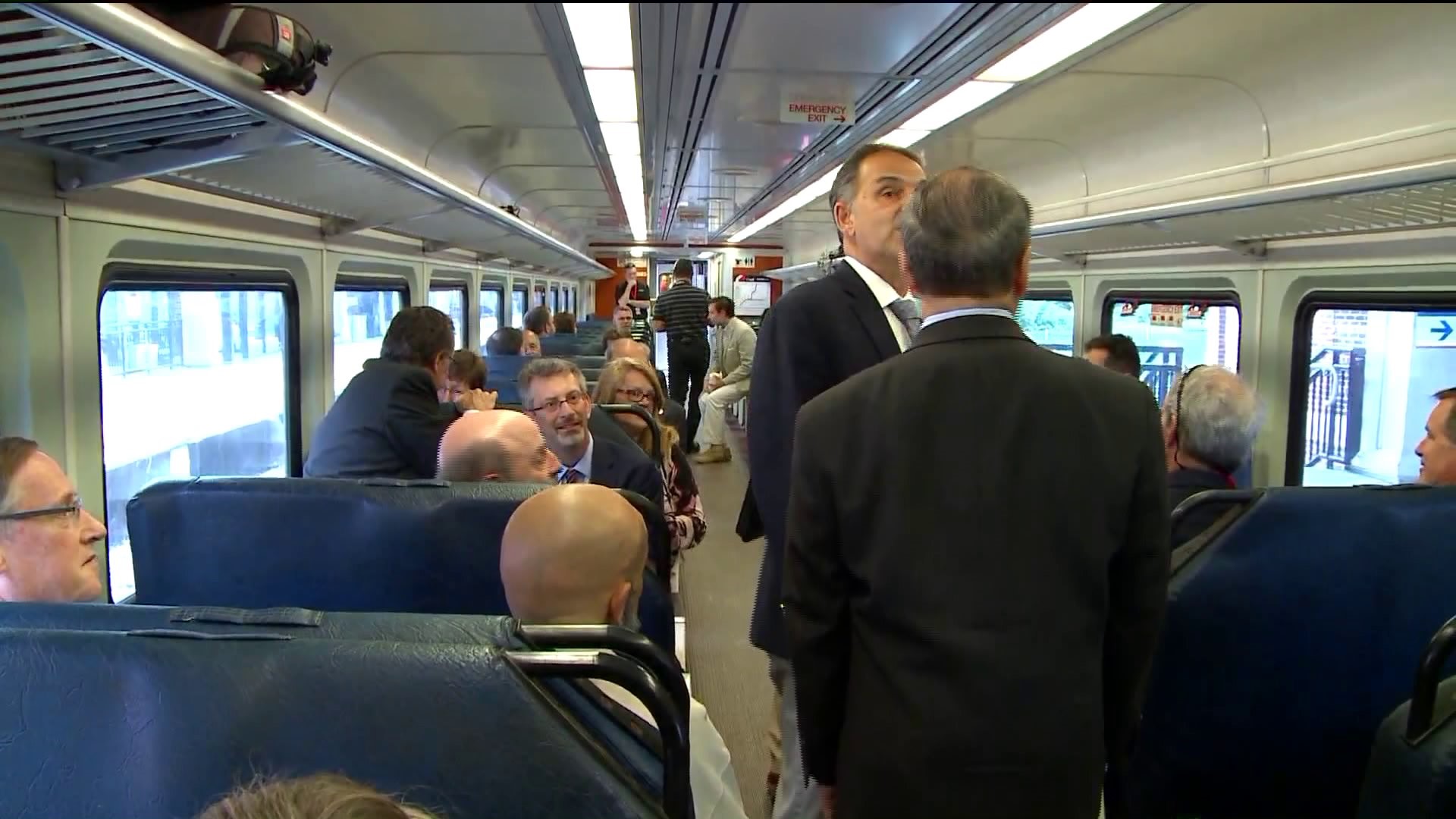 There is growing optimism that it will put Connecticut on the fast-track to an easier commute.

Commuters will be able to ride from New Haven to Springfield for free on Saturday and Sunday. Paid services begin Monday. Some stations will offer free parking for a limited time.

Free parking? You got it, for a limited time at the #HartfordLine Wallingford Station. Take advantage of that through Sept. 3, and a free ride, on Saturday, June 16 and Sunday, June 17. Where will you #RideTheLine? pic.twitter.com/btiHIPMPOC

This new rail line provides commuters with frequent passenger train service between New Haven, Hartford, and Springfield. There will also be connecting services to Boston, Vermont, New York City. The service along the Interstate 91 corridor will feature 17 daily trains. Eight of those will be operated by Connecticut; the others will be Amtrak trains.

"We need to modernize rail in America and I'm very proud that Connecticut is showing how you do it to the rest of the country," said Gov. Dannel Malloy.

"I think public transportation in the state is really needed, cut down a lot on traffic," said Marc Lacomb of Southington.

The rail line, which has been under consideration for decades, and will officially launch for service to commuters on Saturday. Transportation officials expect it will alleviate traffic congestion all along I-91, especially during rush hours. The increased train traffic will probably create some small delays at local crossings.

"I am excited and very excited because it is the convenience for like people that are going to be working from what is it all the way to Springfield, which is me, I am going to start working in Springfield soon so, at the new MGM," said Elenita Milardo of Middletown.

Friday’s event will begin in two separate locations – New Haven and Springfield – where elected leaders and officials will hold brief ribbon cutting ceremonies in each location. From there, the dignitaries will board CTrail Hartford Line trains – one departing from New Haven and the other from Springfield – and they will each arrive in Hartford, where the main ceremony will be held.

The $765 million project, which began more than a decade ago, included the construction of 21 new bridges and the laying of 21 miles of new track, with 105,000 railroad ties.

For more on the new services, you can visit HartfordLine.com