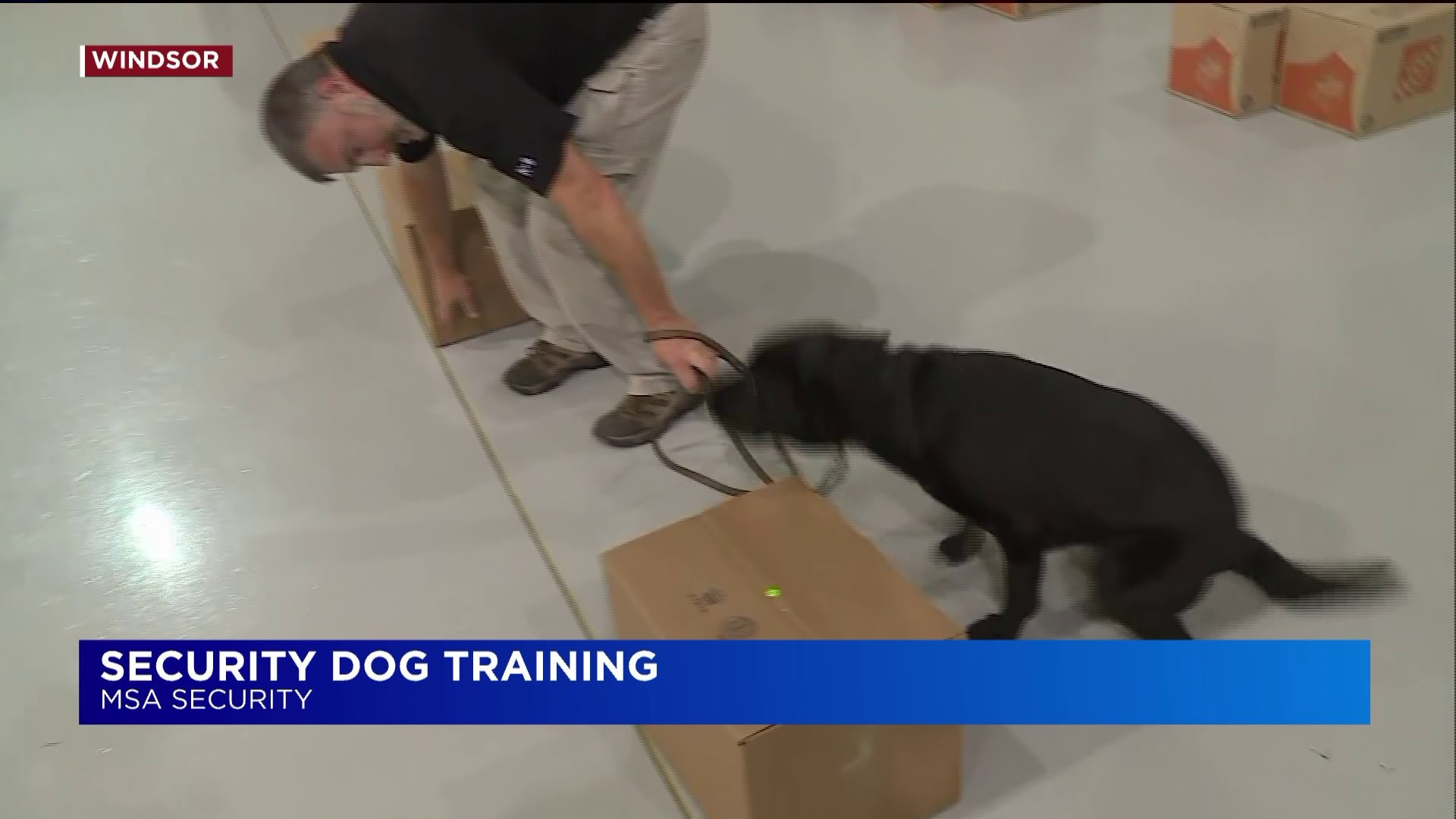 "When they are here this is a game to them," said Rick Rollins, Program Manager for MSA Security's Training Center.

The dogs at MSA Security are primarily Labradors, Golden Retrievers, or a combination of the two. There is also a small contingency of German Shepherds, and Belgian Malinois' as well. While Rollins considers their training to be a game, the work is far from an average game of fetch.

Dogs at MSA Security are trained to work in the private sector, and specialize in recognizing gun powder, ammunition, and explosives.

"The tail is wagging as they're working, and they're kind of bouncing in their step," said Rollins. "That's what we want to see, we want them to enjoy the work because if they enjoy the work they'll do a better job."

MSA Security pairs dogs with handlers who have had some type of law enforcement or military background.

"The 500th dog will probably be in the next class," said Rollins. "It will give us a pretty wide diverse number of dogs in various locations really around the world."

The dogs in Windsor are trained primarily to detect things like gun powder and explosives, and when they are right, it means one thing, and one thing only to them... treats!

"You'll see the tail starting to wag a little faster, she's inhaling deeper, which when she gets an odor she starts breathing deeper so she can get more air," said Rollins as he watched a dog alerting to a suspicious bag. "Then, we want to reward them exactly where it is."

The dogs at MSA Security do not have a standard meal time. They are fed throughout the day with rewards for positive alerts, which strengthens their awareness, and ability to detect odors.

The dogs begin training when they are around one to two years old, and their training lasts about six months. Once they complete their training, you might see MSA dogs and handlers in place like, offices, transportation hubs, government buildings, or sports and entertainment venues, to name a few.

"The dogs are your friend," said Rollins. "The dogs are very reliable, they're very intelligent, and they're trained to do a job, and they do it very well, they are there to serve the public."

And they serve the public with their nose!

"A good example is when you walk into a house, and there's a pot of pasta sauce on the stove, the human smells pasta," said Rollins. "Well, the dog can walk in and smell tomatoes, oregano, grated cheese, they can separate and differentiate all those different odors."

Then, when they reach 8 or 9 years old, just like the everyone else who works, dogs eventually call it quits.

"We typically want to let them retire, and enjoy life being just a dog living on a couch at home," said Rollins.

Keep in mind though, that comes out to 63 in dog years.