HARTFORD —  Police are investigating an armed carjacking that took place at Trinity College Thursday night. Two students were held at gunpoint, something ... 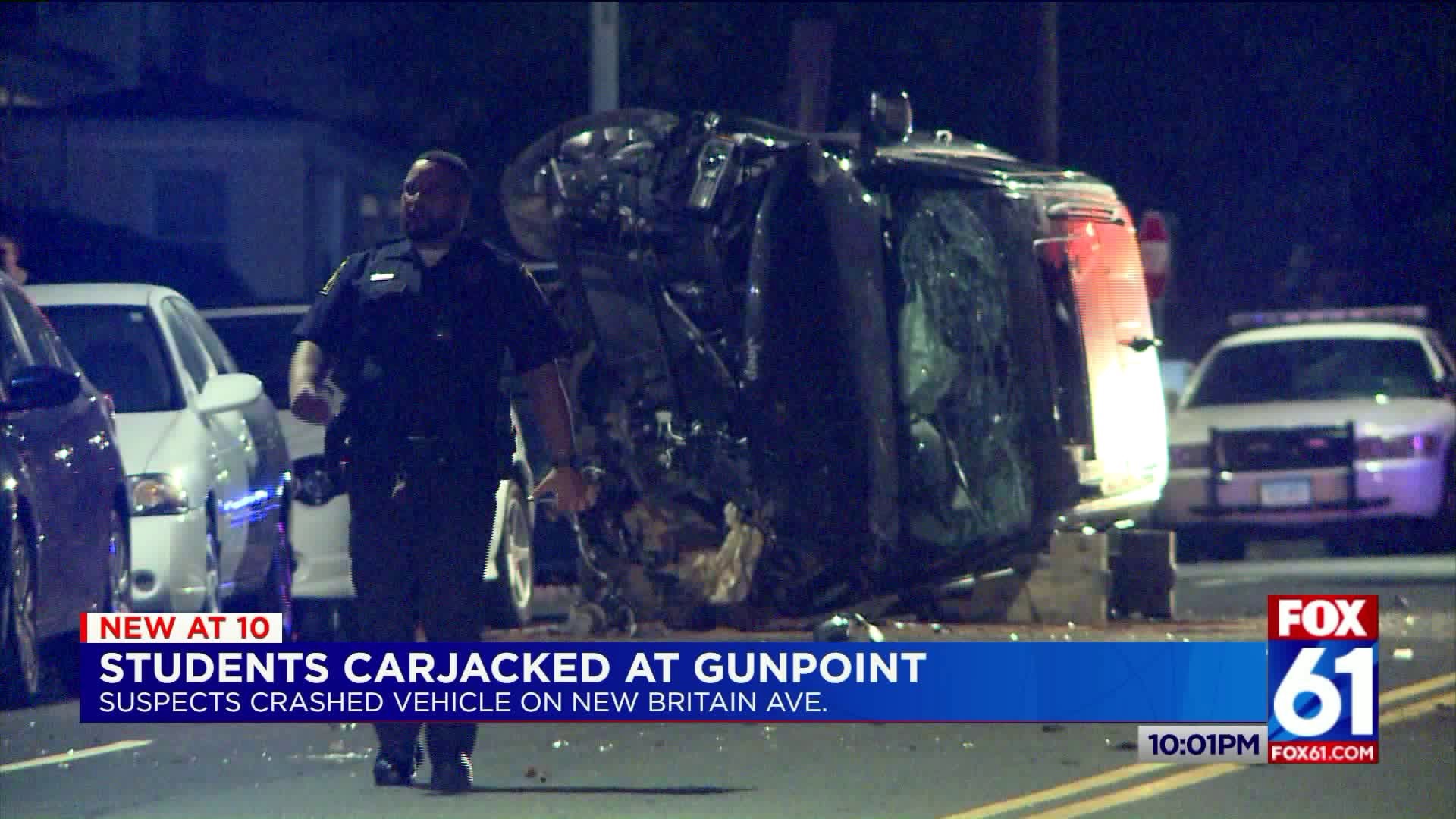 Two students were held at gunpoint, something neighbors were not too surprised about.

A neighbor says violent activity is nothing new to the area near 240 New Britain Avenue where the car was stolen. He asked not to be identified but says not long ago he was held up at gunpoint.

“We need more police. You think there would be more police because I’m pretty sure they get calls every day.”

That neighbor lives just across the street from where two Trinity College Students were carjacked.

In an email to Trinity College Students, the school administration said the carjacking happened around 9:45 pm. Three juveniles held the students at gunpoint telling them to drop their keys. The students complied and ran.

The Juveniles would not make it far crashing violently a little over a half-mile away. Hartford Police say the Juveniles lost control and rolled the vehicle. Two of the suspects were hospitalized but the third fled the scene.

Police also located the gun inside the vehicle which was actually a BB gun.

“Get somebody to scare them all away. Scare them away man. Do something about it especially with Trinity College right here.”

Trinity College students we talked to had mixed feelings about safety. Even though the area can be tough, they feel safe on campus. All of which mentioned that having campus security present keeps their mind at ease.

In a statement to students Trinity College Director of Campus Safety said in part quote:

"We are deeply sorry that this incident has occurred on our campus. If you are concerned for your safety, please know that walking escorts are available upon request at any time, and the department operates the on-campus shuttle..."

"Please contact Campus Safety right away if you are the victim or witness of a crime, note the locations of emergency phones, and report any suspicious behavior immediately to the Campus Safety emergency line."

Police say the injuries to those juveniles were minor. Neither of the students were harmed.

There have not been any arrests as authorities continue to investigate.