When Peter and Kimberly Regiannini, a young, newly married couple lost a wedding ring set at a highway rest stop while traveling through Connecticut, they were ... 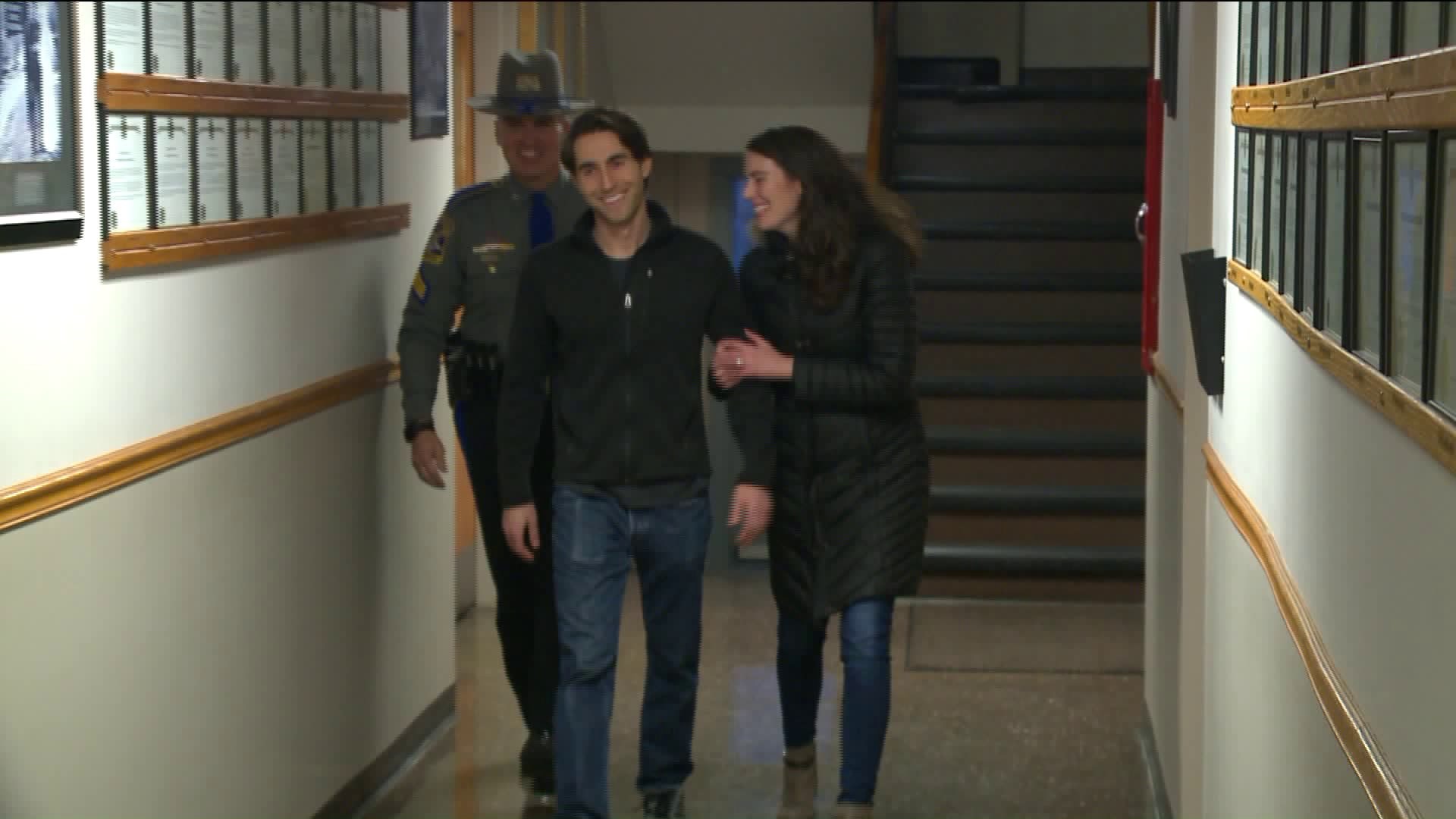 When Peter and Kimberly Regiannini, a young, newly married couple lost a wedding ring set at a highway rest stop while traveling through Connecticut, they were heartbroken.

They searched desperately for them, but were ultimately unsuccessful.

Connecticut State Police Sgt. Rob Derry, who analyzes surveillance footage for Troop G, caught wind of this and decided to share his expertise to help the couple.

He combed through piles of video from multiple rest stop security cams for about 3 ½ hours until he came across someone who looked like they picked up something off the ground.

Thankfully, he was able to catch the person’s license plate and track it down. When he approached the person at home, they revealed they still had the rings and just didn’t know what to do with them.

Derry then reached out to the young couple, who were ecstatic to learn he recovered their rings safe-and-sound.

“I don’t think she believed that we actually had them, so that’s why I took a picture from my phone I texted it to her and I said please verify these are yours!”  said Derry.

"When they were gone, I felt like a part of me was missing, said Kimberly Reggiannini.

The ring was returned to the couple Wednesday evening.