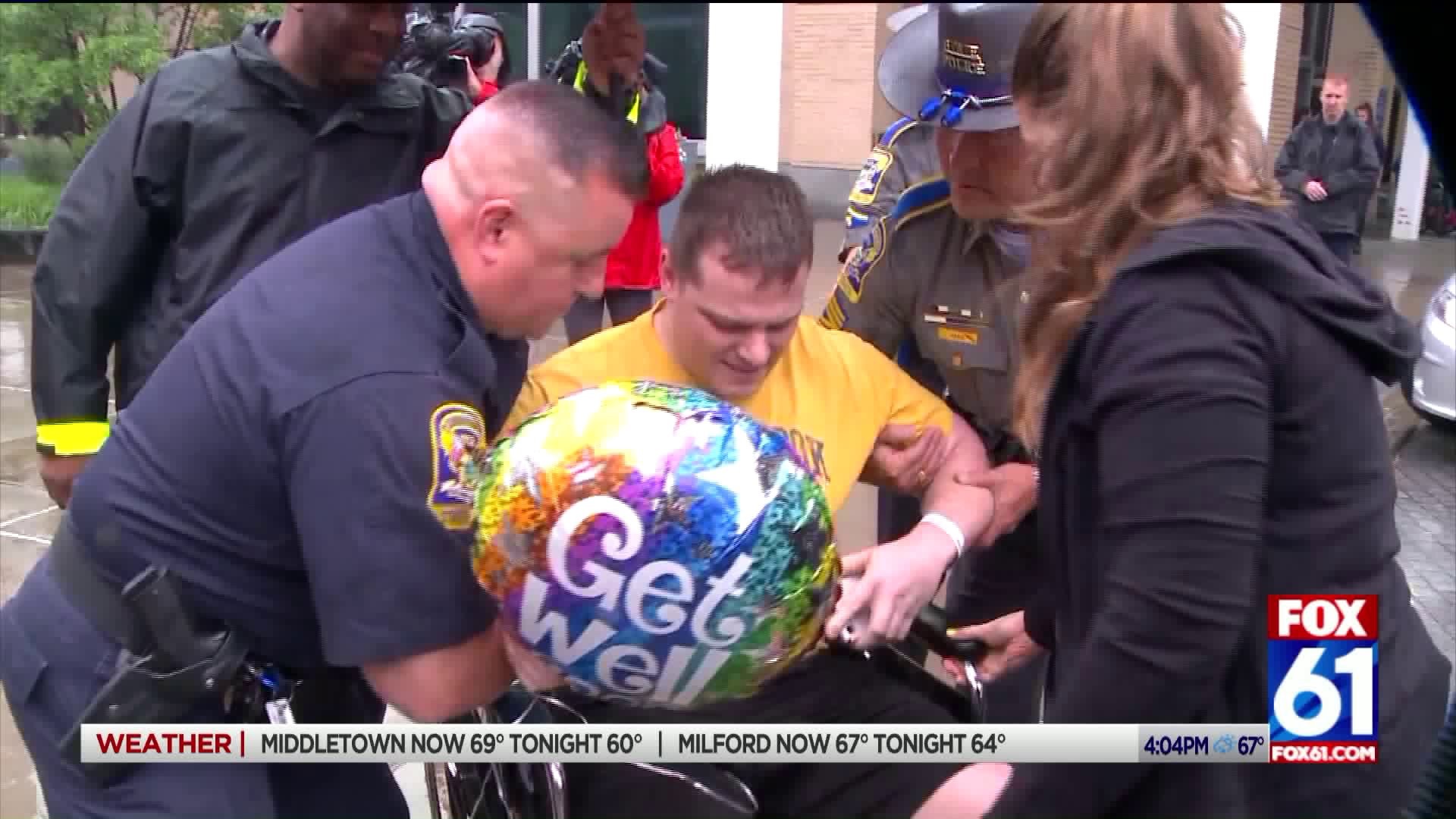 MIDDLETOWN - An off-duty corrections officer caused the I-95 crash that seriously injured a state trooper, a source tells Fox 61.

Trooper Gregory Sawicki, 28, who stopped in the left hand breakdown lane, on I-95 north in Fairfield, at approximately 2:30 a.m. Sunday, to help a disabled motorist, was released from Bridgeport Hospital Tuesday afternoon.

He said he was feeling sore. It’s no wonder when you see the pictures of accident.

“While waiting for another trooper to assist him, with extra emergency lights, he was struck in the rear by an oncoming motorist,” said Lt. Col. David Montini, PD the the Connecticut State Police.

Montini confirms they are investigating whether alcohol was a factor.

The driver of the truck that hit the trooper and the two people occupying the disabled vehicle suffered only minor injuries, but Trooper Sawicki fractured several ribs and injured a leg.

“We visited him in the hospital on Sunday, at Bridgeport Hospital,” Montini said. “He was in great spirits, but he did not recall the accident whatsoever.”

This type of accident illustrates why the state has what’s called the move over law.

“The law requires a motorist to slow down and move over to an adjacent lane, one lane away from that emergency vehicle or disabled vehicle,” Montini emphasized.

Trooper Kenneth Hall was killed in 2010 in Enfield on I-91 north in a similar accident. Tuesday afternoon, Trooper Sawicki’s wife was able to exhale.

It is still too early in the investigation to know whether the driver of the pick up truck tried to apply his brakes.

Montini said dash cam and rear facing video from the cruiser would be made available to the public soon.