WALLINGFORD – Jay Ross’s life took at tragic turn just over a year ago when the father of two fell from a motorcycle accident and was paralyzed from the waist d... 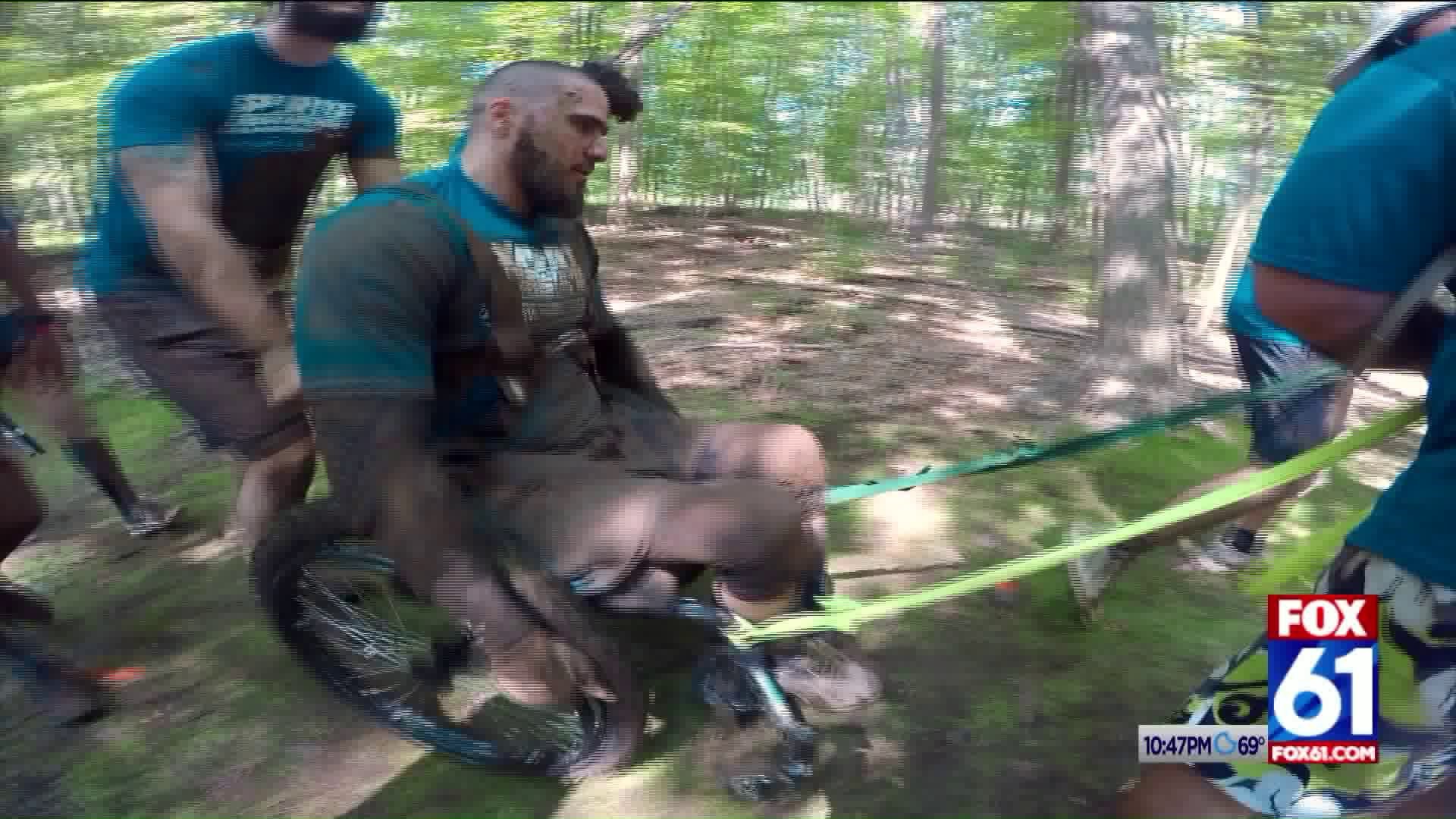 WALLINGFORD – Jay Ross’s life took at tragic turn just over a year ago when the father of two fell from a motorcycle accident and was paralyzed from the waist down.

The past year has been a marathon for Ross as he has struggled to live life in a wheelchair. After spending months rehabbing at Gaylord Hospital, Ross, a bank compliance officer set a goal almost unimaginable after his accident.

Ross decided he would enter the Gaylord Gauntlet, a 5K tough mudder race that invites able-bodied and physically challenged athletes alike to compete. “The pain, the sadness, the turmoil,” Ross said. “I thought I’d never get up again (after the accident).”

Ross has risen to the calling, last month, with a contingency of friends, family, and trainers helping him tackle the course, Ross competed in -- and finished -- the Gaylord Gauntlet in just two hours and one minute.

“It’s almost poetic,” Ross added after finishing the race, “it’s similar you have to obstacles in life, there will be ups and downs, you have to crawl though situations and fight.”

Tim Kilbride, who ran the race with Ross and is one of Jay’s physical therapists from Gaylord said, “you can see it in Jay’s eyes, he is a champion though and through.”

Erik Rodriguez, Jay’s brother also dredged through the mud covered course with the team added, “when it comes to Jay there are no barriers, no walls, he makes it look easy.”

Ross, who hopes to return to the Gaylord Gauntlet next year with his team and break the two hour mark said at the finish line, “whatever your disability it, you have to find the power to push through, it’s the greatest feeling ever.”