BRISTOL – A woman is speaking out after she says someone threw laced dog treats into her backyard. Unfortunately, Ashley Liistro’s dogs got to them before... 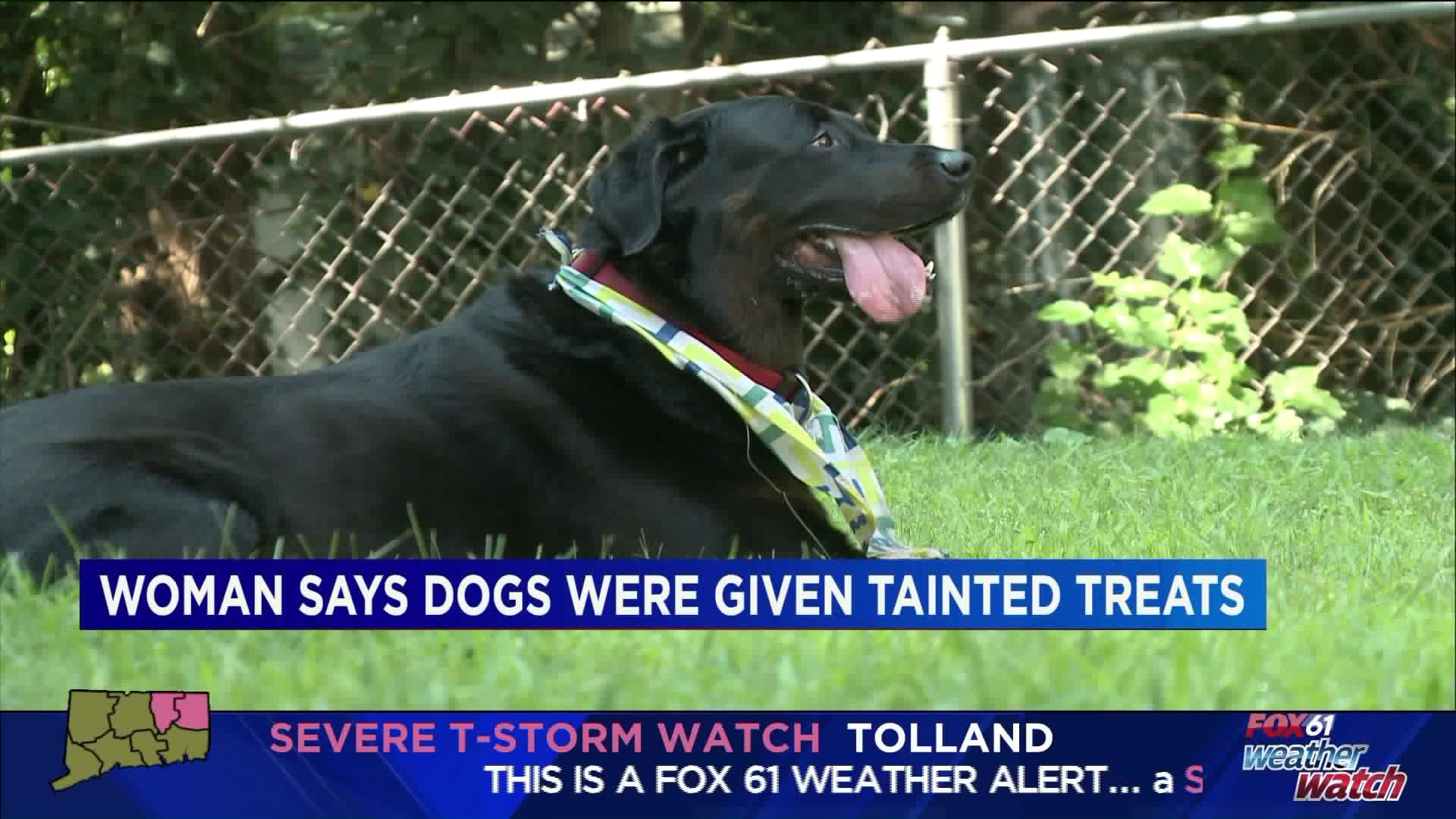 BRISTOL - A woman is speaking out after she says someone threw laced dog treats into her backyard. Unfortunately, Ashley Liistro’s dogs got to them before she was able to. Luna and Buddy have been sick ever since.

“Initially I thought that maybe someone was trying to be nice and threw the bones over the fence and they got wet,” says Liistro. “But then, upon trying to pick them up, I smelled it and it smelled like a really foul chemical smell.”

Buddy and Luna have been throwing up for the past few days because of the poisoned dog treats. Ashley lives in the Ivy Drive neighborhood of Bristol. It’s where she was hoping to stay permanently.

“This neighborhood is extremely safe,” says Liistro. “I really, really like the neighborhood. I walk my dogs every night.”

“Buddy’s been very lethargic,” says Liistro. Buddy has also been throwing up blood.

She says Luna has been doing a little bit better. “But, both of them are just not themselves,” she says.

Ashley wanted all of her neighbors to know exactly what she experienced. That’s why her sister posted about it on social media on Bristol Talks.

“I think it’s really good for the community in general just to be aware of things that are going on because like I said, I don’t think anybody would have expected this to happen in this neighborhood,” says Liistro.

Ashley also reported it to the Bristol Police.

In a press release, they say the Animal Control Officer who responded to Ashley’s call “inspected the dog and it appeared healthy. There are no suspects and no similar reported complaints in the area.”

They say in similar situations to seek veterinary aid as soon as possible and not to handle any unknown objects or substances.