FAIRFIELD — Two employees of the town of Fairfield are on paid administrative leave and have been arrested after a police investigation that took over two... 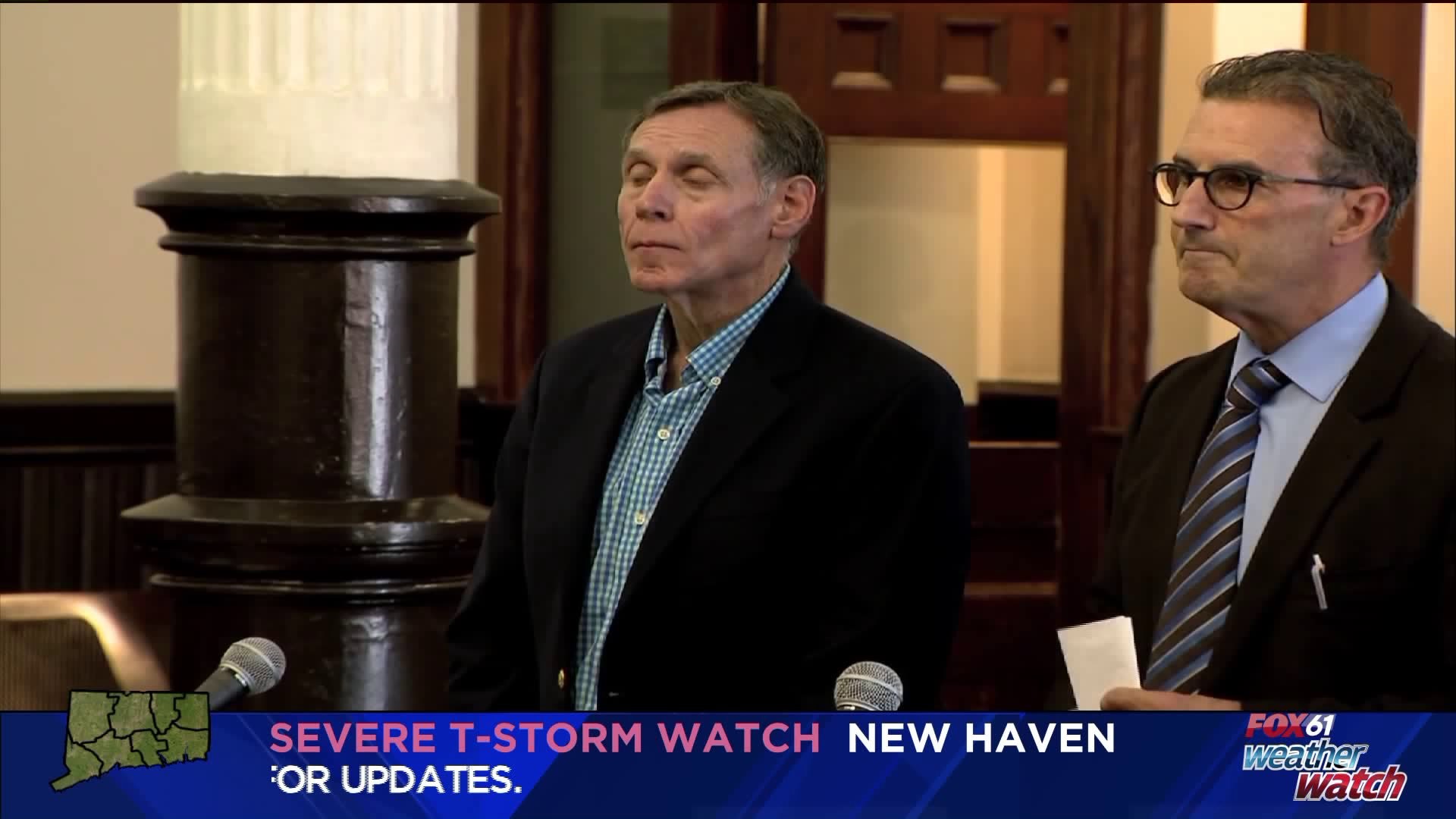 FAIRFIELD -- Two employees of the town of Fairfield are on paid administrative leave and have been arrested after a police investigation that took over two years.

Behind a fence, in the back of the Fairfield Public Works yard, police investigated an alleged illegal dumping scheme, which also allegedly involved bribery.

The town’s Public Works Director, Joe Michelangelo, was arraigned Thursday. Among his charges: forgery and illegal dumping of bulky/hazardous waste.

“This notoriety is tarnishing the image of town of Fairfield employees and that’s just not fair,” said First Selectman Michael Tetreau (D-Fairfield).

Fairfield’s Public Works Superintendent, Scott Bartlett, who is supervised by Michelangelo, is charged with accepting bribes from construction contractor Julian Enterprises, hired to manage a massive pile of fill at the DPW site.

“He was primarily responsible for overseeing the contract and the site, and managing Julian,” said Tetreau.

“That would be very, very disappointing heartbreaking to see any town employee would do that,” said Tetreau.

Soil testing revealed PCB levels six times greater than the state allows and lead levels that are double those considered to be hazardous.

“It was in a smaller area, but it still cost us $300,000 to properly dispose of the contaminated soil,” said Tetreau.

The town is suing Julian to recover the money it spent.

Both Fairfield Public Works employees are now on paid leave and all three defendants are due back in Bridgeport Superior Court September 18.