UConn move to the Big East will bring benefits and challenges

STORRS — Big news from the Big East Athletic conference and from UConn. The university will be rejoining the conference after a six year absence. Many people ar... 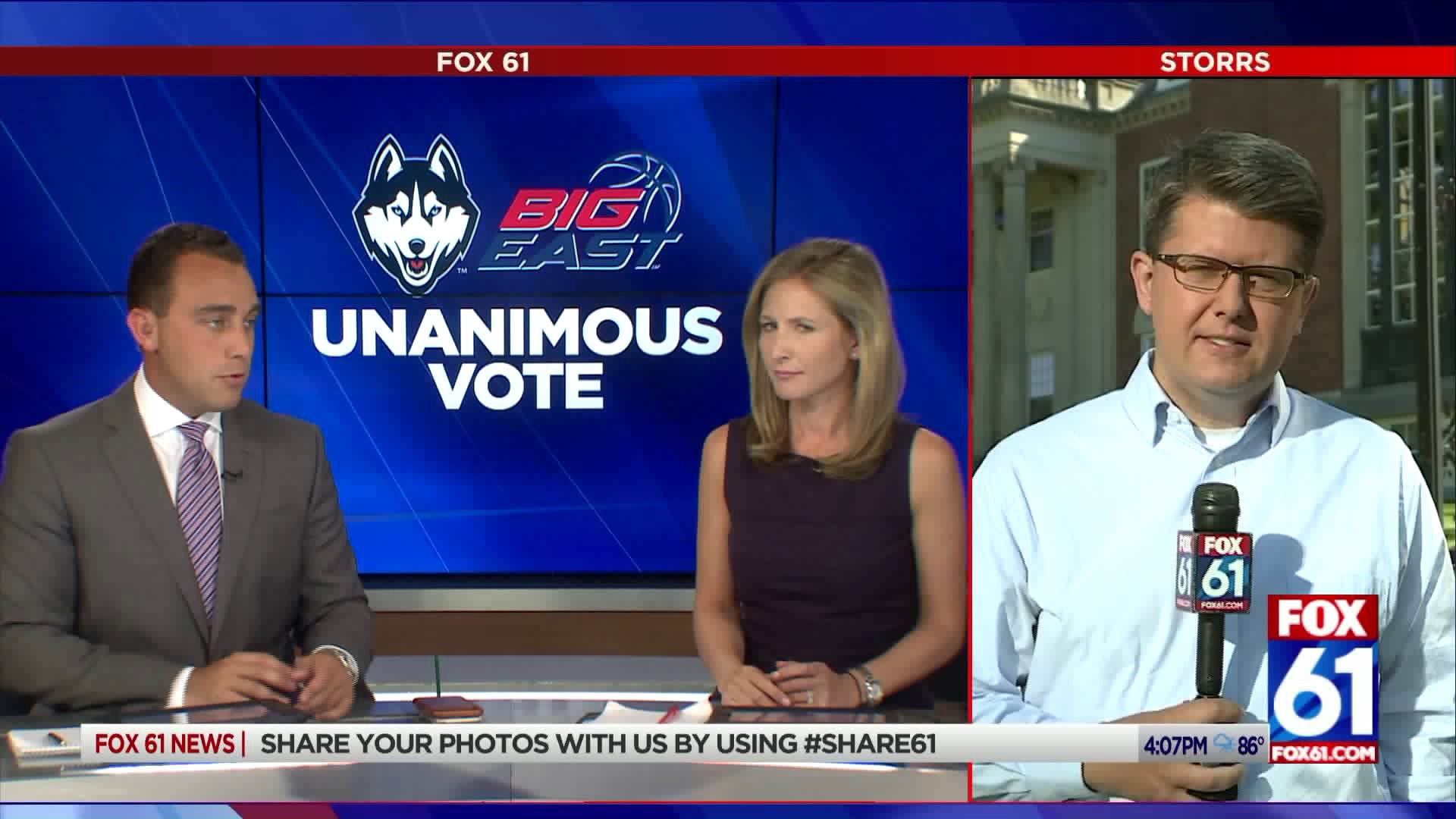 STORRS — Big news from the Big East Athletic conference and from UConn.

The university will be rejoining the conference after a six year absence. Many people are thrilled with the move, but it isn’t sitting well with everyone.

UConn and all of its 22 athletic programs, except for football and hockey are heading to the Big East.

Make no mistake, it’s a move meant to primarily benefit the highly successful basketball program. But it leaves the football program in limbo.

It was all smiles and handshakes as the resolution passed unanimously, especially from Coach Geno

UConn will likely pay a hefty $10-million penalty to withdraw from the AAC and they’ll have to wait 27 months.

A complicated legal process ahead.

Trustees called the move a “better fit” for the program and athletes.

“I think the board made a good decision on it,” said past board chair Larry McHugh.

Not everybody does. UConn alum Tom McDougle has missed 1 home football game in 10 years.

“What you are voting on today is whether or not to cripple an entire athletic department because you remember the early 2000’s fondly,” said McDougle.

Moving to the Big East will have the biggest impact on the basketball program. It would mean more money, better competition and possibly more fan interest. UConn student Marlen Paszkowski hopes that’s the case. “Especially now since tickets are going to be free for UConn students. I feel like more people are going to want to get out there and be a part of it.”

The elephant in the room is what happens to the football team? They’ll be kicked out of the AAC.

The move brings UConn closer to a return of the athletic glory days but McDougle says nostalgia is shortsighted.

“The only solace I’ll receive from this whole situation is the fact that I at least stood up and got the chance to speak my peace before the committee decided to slit the throat of my favorite sports team. Then I’ll be able to walk away from my alma mater knowing that I did everything I possibly could to save us from ourselves.”

UConn football coach Randy Edsall, who has stayed silent on the move until now released a statement that reads in part, “All my focus and work has been on getting on getting this program and facilities back to where we all want it regardless of WHERE WE PLAY OR WHO WE PLAY.”

No one on the board answered any questions. They’ve scheduled a noon news conference for Thursday at Madison Square Garden to make it officially, official.