STORRS — The power of dance is helping save lives. More than 3,000 UCONN Huskies danced for 18 hours straight – from 6 p.m. Saturday night until noon on S... 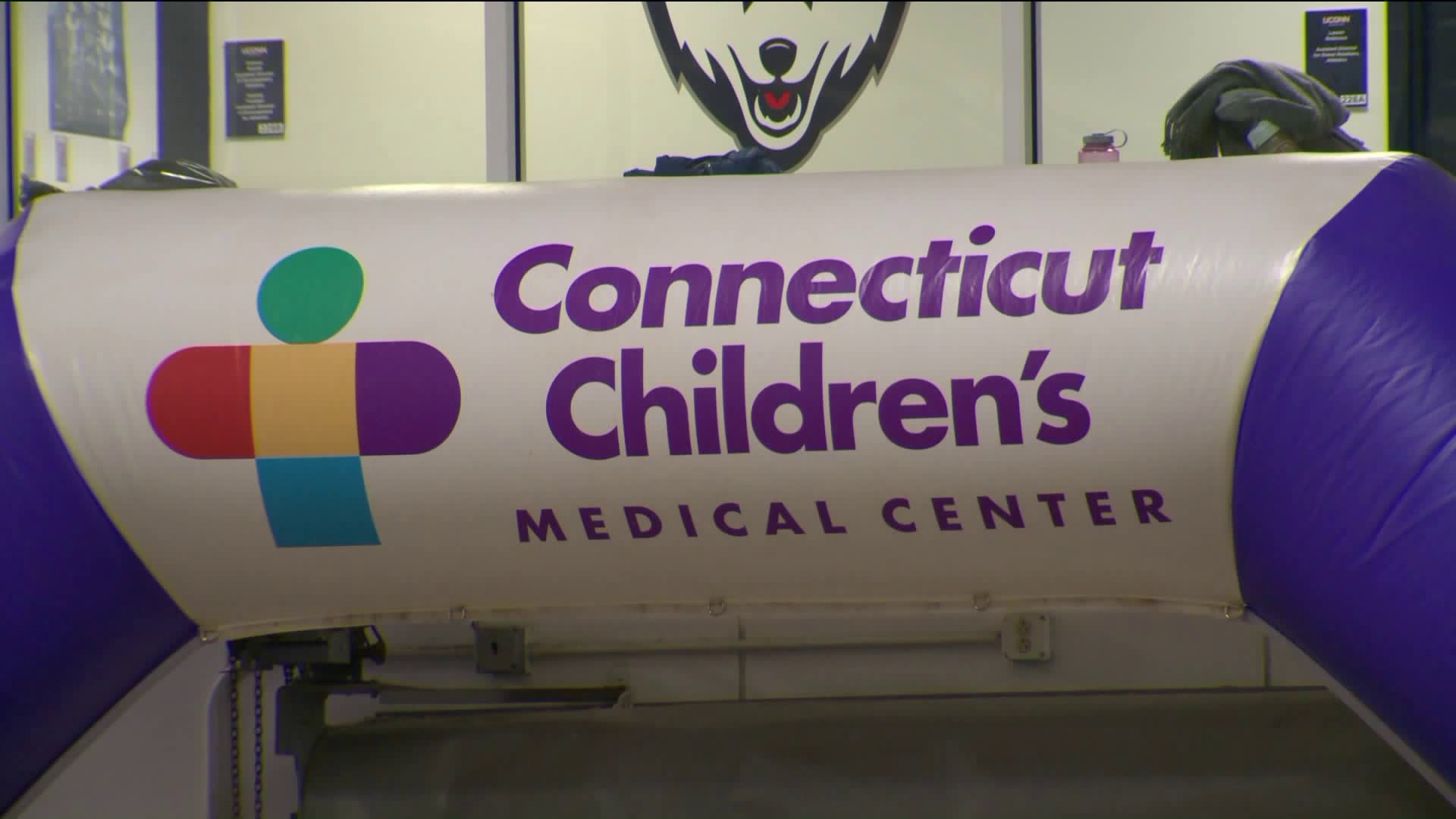 STORRS -- The power of dance is helping save lives.

More than 3,000 UCONN Huskies danced for 18 hours straight – from 6 p.m. Saturday night until noon on Sunday - and raised more than one million dollars while doing it.

"This event directly affects our family in many ways," says Leah Bushnik, the mom of a patient at CCMC.

The money raised during Huskython goes to the Connecticut Children's Medical Center to help families pay for high medical bills. Andy has Crohn’s disease and is treated every 6 weeks.

"Just knowing that this is all going towards that is kind of fun," says Andy Bushnik.

Every hour the Huskies participate in a morale dance that helps keep them awake. But, it also reminds them why they're here raising money. This year is even more special as one Husky fighting her own battle gives back in a big way. Grace Orzechowski graduated from UCONN in 2018. In October, doctors diagnosed her with brain cancer. Friday, February 22, she finished her first round of chemotherapy and celebrated in a big way.

"[She] posted about Huskython right after and in 48 hours it's raised $30,000," says Bridget Corsi, Grace's friend and sorority sister.

On her fundraising page, Grace says that giving back to the children at CCMC helps her and the thousands of children fighting for their lives that no one fights alone.

"Every year I alway thought I had a reason to dance until this year when she wanted to come so badly and told me she couldn't," says Corsi. "That was a real reason to really want to dance."

After raising more than $30 thousand dollars in two days, Grace made another miracle happen and surprised Bridget at the end of Huskython.

The reasons that people come to Huskython may be different, but "we're united by one cause and that's helping kids be kids," says Nicole Schwartz, the Vice President of Communications for Huskython.

Huskython is the University's largest philanthropic event and was started in 1999.