STAMFORD — When I met Lindsey Runkel, I asked her to walk me through her injury, and what happened to her just over four years ago. “Well I can’t walk, so... 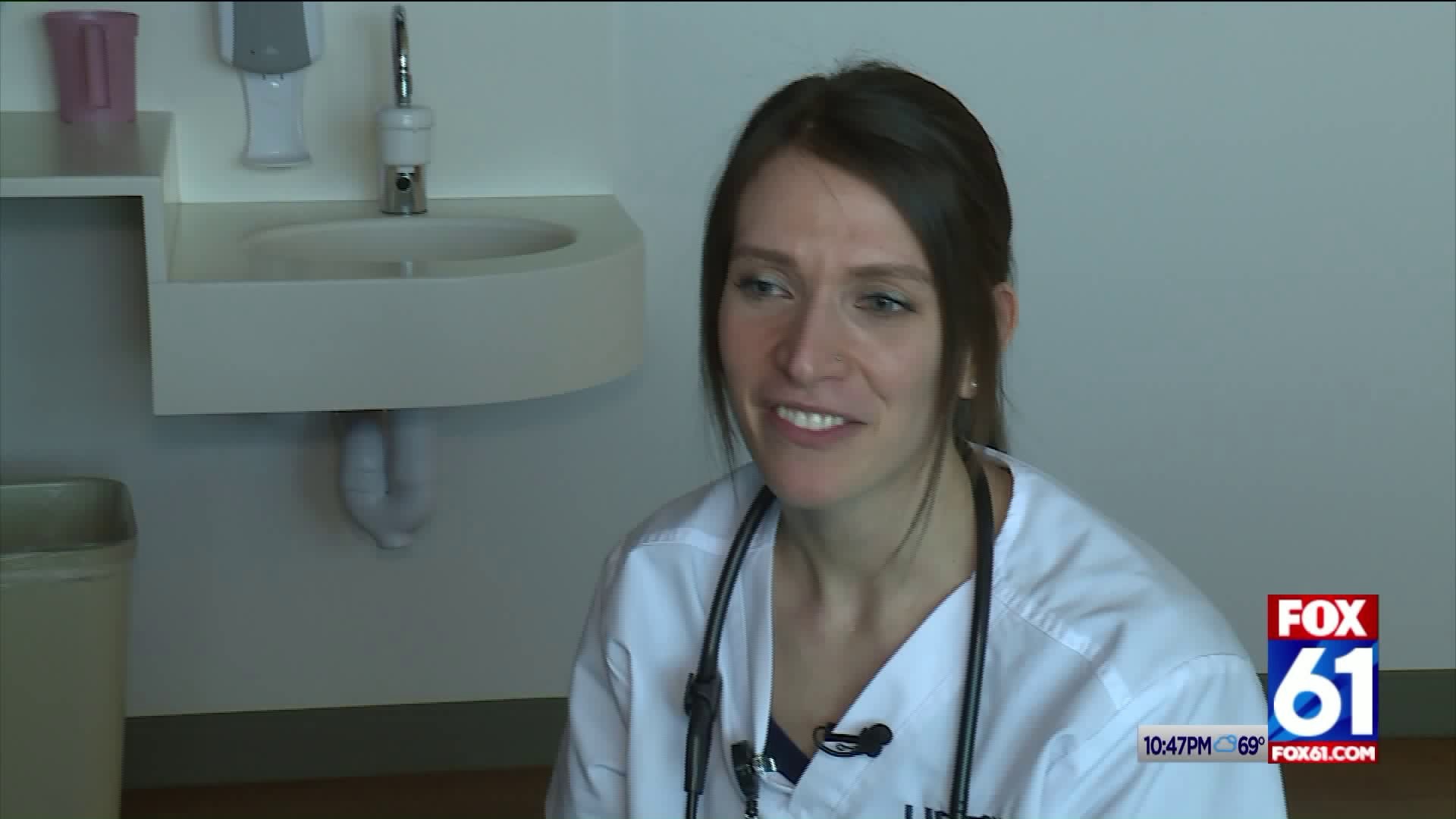 STAMFORD -- When I met Lindsey Runkel, I asked her to walk me through her injury, and what happened to her just over four years ago.

“Well I can’t walk, so I’ll roll you through,” Runkel laughed. “Please air that!”

An infectious laugh, and an even more contagious positive attitude, just some of the things that you will notice right away when you meet this 28 year old.

This extreme athlete was used to living on the edge but she was not prepared for what happened on that fateful ride.

“I broke my back, “ said Runkel. “I was left paralyzed, and wheelchair-bound.”

A young woman with her whole life still ahead of her, forced to readjust some of the goals she had set for herself long before ever being paralyzed.

“I always wanted to pursue nursing even before I was injured,” said Runkel.

Today, she is doing just that.

“I hesitated to even put on my application that I was in a wheelchair,” said Runkel.

But she did, and she is now the first ever paraplegic nursing student at UConn, currently doing her clinical rotation at Stamford Hospital.

“She met the academic standards to enter the program, and then we met with her as part of the process of figuring out what we needed to do with Lindsey for Lindsey,” said Nancy Manister, director of the accelerated second degree nursing program at UConn. “We really have found that she has actually needed very little in the way of accommodations.”

Turns out, when they put Runkel in a simulation lab, she was more than capable of performing what is expected of a nurse, things like hanging IV meds, palpating the patient, and taking vitals.

“Lindsey can do all those things from her wheelchair, and she is actually quite adept at the skills that are needed to be a nurse,” said Manister.

Since starting the program, Runkel has gone on to impress her classmates and professors alike.

“I met Lindsey in early January… and she has amazed me right from the beginning, she has been an inspiration to us faculty, and also to other students,” said Dolores Coyle-Feliciano, a clinical instructor with UConn’s school of nursing. “She is very strong, very powerful in every way, physically, emotionally, psychologically, she comes across that she can handle anything that is put in her way.”

Patients have also been happy to work with Runkel.

“I think the biggest surprise is that nobody has not wanted me to work with them because I am in a wheelchair, if anything it’s been not a point of conversation, but it’s I would think, comforted some patients because I have had patients who are in wheelchairs themselves, or I talk to family members who have gotten bad news, and they wonder how to keep going, and how I’ve kept going,” said Runkel. “It kind of helps bring some positivity to them to be able to share my story, and how I kept going.”

And that is what she does. She keeps going.

“There might be adaptations, but there aren’t limitations,” said Runkel.

She has even gotten back on her bike.

“I still ride my bike on the same bike that I broke my back on, I put a motor on that in a bucket seat,” said Runkel. “I’m such a strong advocate for getting out and doing what you love, and finding a way to do it.”

Runkel proving every single day that she is ready to roll with whatever comes her way.

“She is going to be a great nurse,” said Manister. “And we are very proud that she will be a UConn nurse.”

No matter the obstacle, Runkel is ready to take on life’s challenges.

“Life continues to move, whether you move with it or not, and it is so much easier to just learn how to adapt than it is to try to resist it,” said Runkel. “We can’t always change our situation but we can change our mindset.”