HARTFORD — Roughly one in five people who die from drowning are children under the age of 15, according to the Centers for Disease Control. In Connecticut... 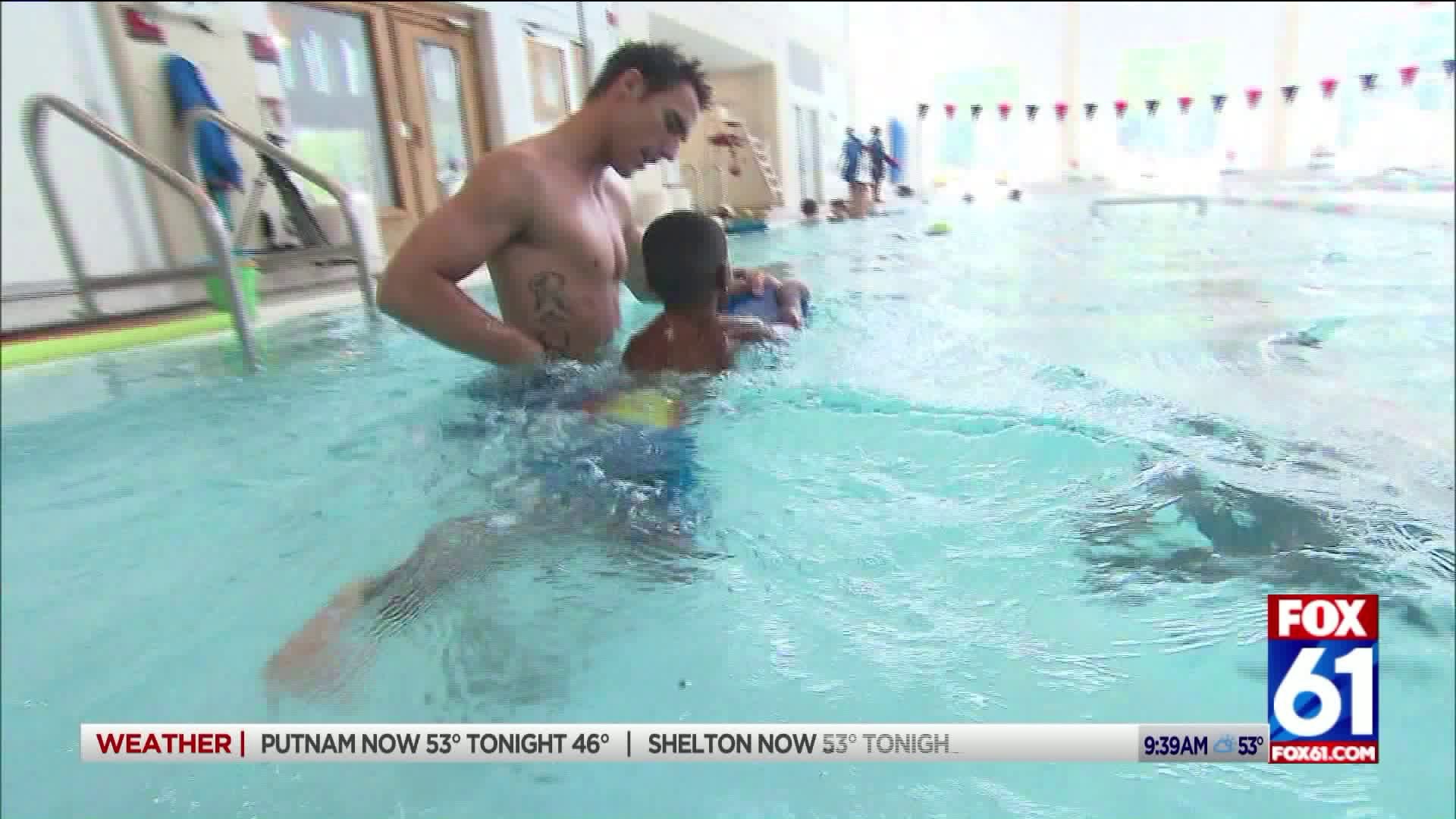 HARTFORD -- Roughly one in five people who die from drowning are children under the age of 15, according to the Centers for Disease Control.

In Connecticut, about seven kids die every year from unintentional drowning. In response, a Water Safety Awareness Task Force was created two years ago to try to diminish those numbers and make sure kids are safe when it comes to water.

Jenna Masone is the principal at Wolfpit Elementary School in Norwalk, a Connecticut city on the water. When she isn't working, Masone is an avid swimmer, who started researching the staggering statistics on unintentional drownings for a policy briefing she wrote four years ago.

"About 2/3 of all children who die from unintentional drowning are African-American or Hispanic," said Masone. "And those are the children in my building."

Minorities make up the largest group of people who die from unintentional drowning.

"These are preventable deaths," said Masone.

Which is why the Water Safety Awareness Task Force was created.

"There’s really sort of no governing organization that is taking a look at the issues across all sectors in Connecticut," said Masone. "We have representation on the task force from the American Academy of Pediatrics, Parks and Recreation, some hospitals, the Department of Public Safety, Superintendent of Schools, Connecticut Association of Schools, I could go on and on."

The goal of the task force is to increase awareness and understand what still needs to be done in Connecticut.

"There are lots of folks that participate in the task force, and really it’s giving us a very broad sense of the issues that are here in Connecticut, and what we can do about it," said Masone.

The task force recently held an informational session at the state Capitol to inform legislators about the need for water safety awareness, and showcase what is currently being done in the state.

"We want to put information in the hands of people who are able to make decisions on behalf of kids across the state," said Masone.

For a lot of people, accessibility and cost are two of the biggest roadblocks standing in the way to becoming water safe and aware.

"I just wish people knew the statistics," said Barbara Glaude, the aquatic director at the Southington Cheshire Community YMCA. "It’s so important whether you think you’re going to be near water or not that you need to teach your children basic swim safety."

Glaude says the YMCA is just one of many organizations that will work with people who have financial concerns.

"We never turn anyone away," said Glaude. "There are so many organizations that are offering free swim lessons, very inexpensive swim lessons, all they need to do is ask."

The task force also hopes to bridge the gap between the public and state lawmakers, making it easier for people to access important information and resources.

"Hoping on a couple of levels that people in the state see this Capitol as a resource, not only for policy making but also for information, to receive information, to spread information about safety about awareness about prevention," said Steven Hernandez, the executive director of the legislatures Commission on Women Children and Seniors Equity and Opportunity.

Wednesday's event at the Capitol featured groups like DEEP, The Red Cross, YMCAs, Parks and Recreation departments, and so many others, all jumping on board to try to keep kids afloat.

"Just know that water is safe, and can be safe, it can be a great place for kids," said Hernandez. "Just know that with the right tools in your toolbox you can keep your kids safe and you as well."