WEST HARTFORD — The 2018/2019 academic year looked a little different than years past at the University of Saint Joseph in West Hartford.  The school admi... 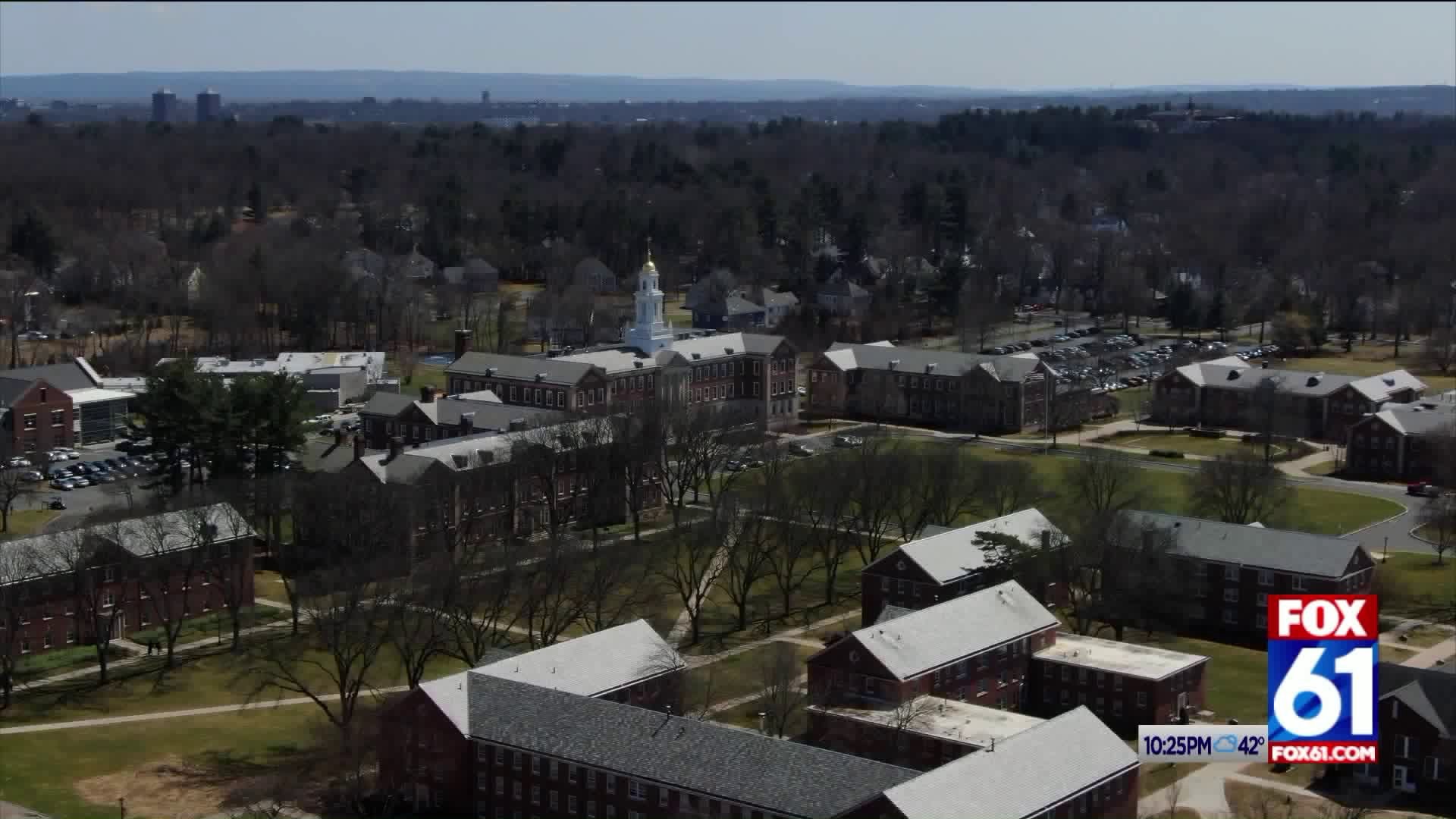 WEST HARTFORD -- The 2018/2019 academic year looked a little different than years past at the University of Saint Joseph in West Hartford.  The school admitted its first male undergraduate students in its more than 80-year history.

“Being a first year with male students, it was interesting to me, just being a part of something that was new and never done in Connecticut,” said Samuel Majek, who is a freshman biology major.

He was just one of 100 men in St. Joe’s class of 300 this year.  With that increase in enrollment came an increase in the programs the school could offer to all students.

“We offered our first program in block chain technology this year.  We started the program in sport management.  Those are programs that we would have liked to have offered, but with a smaller number of students couldn’t sustain the enrollment,” said University President Dr. Rhona Free.

While Free says the transition was mostly seamless, there were some challenges when the interest was double than what the University expected.

“We had the challenges that any institution would face with increased numbers.  We were a little short on parking.  We had some classes that were a little tight in terms of the seating, but I think almost all of those issues were worked out within the first month or so,” said Free.

“The first major difference in the fall was our sizes of the courses were a little bit larger because we had a lot more students come in.  And that was great.  It was exciting to have more students in the classroom, but it also made for a lot more office hours than I needed to hold,” said Michelle Kraczkowski, Assistant Professor of Biology.

The University held workshops for its faculty on how to teach co-ed classes if they hadn’t before.  There were some differences inside the classrooms.

“I think there was an increase in diversity of ideas.  I think that students were coming at things at different angles, really from the male perspective and female perspective,” said Kraczkowski.

Outside the classroom, the campus came alive.  There were more students around on weekends and at sporting events.  Having a successful inaugural men’s basketball season didn’t hurt.

“This is my 24th year at the university, so I’ve really seen the campus move from a fairly quiet campus to much more activity, many more students, and over the time that I’ve been here we’ve really doubled our operation, so very gradually, and strategically we have grown into the school we are now,” said Rick Halstead, Department Chair and Professor of Counseling and Applied Behavioral Sciences.

But St. Joe’s isn’t done growing.  In addition to new sports programs, there will be new academic offerings, too, to cater to a diverse student body.