HARTFORD — Massive protests in Puerto Rico are hitting home for hundreds of thousands of Puerto Rican’s living in Connecticut.  The island unrest is spilling ov...

HARTFORD — Massive protests in Puerto Rico are hitting home for hundreds of thousands of Puerto Rican’s living in Connecticut.

The island unrest is spilling over onto the local streets with protests Monday and more planned in the days ahead.

Right now, the legislature in Puerto Rico has taken up impeachment proceedings against Governor Ricardo Rosello.

About 300,000 Puerto Ricans call Connecticut their second home. It’s the 6th highest population in the country.

One of the largest populations in the state is concentrated around Park Street in Hartford or what’s been dubbed New England’s Hispanic Main Street. We went there on Monday to ask people their thoughts on this island unrest. 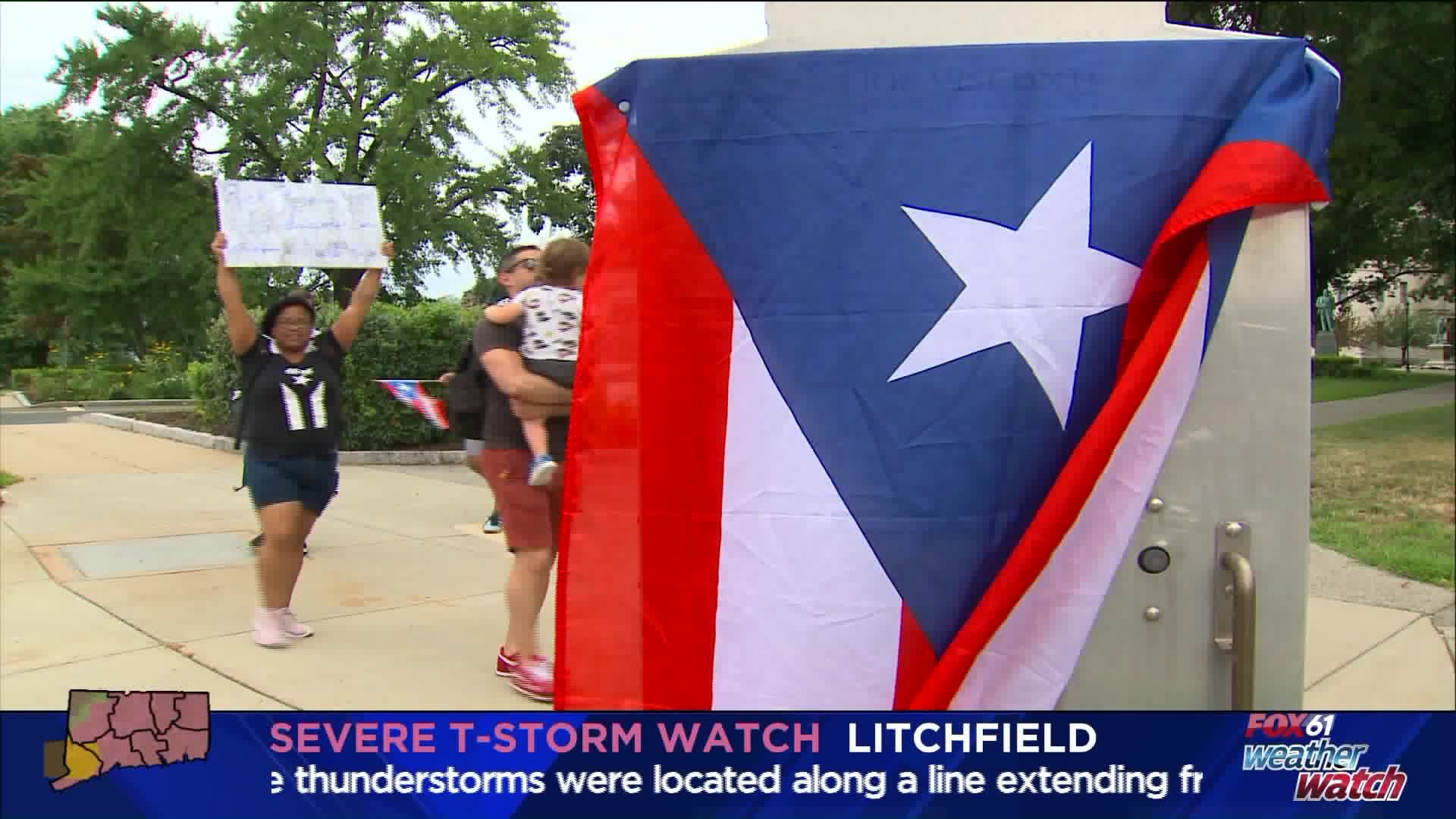 Frank Vasquez of Windsor Locks said, “I think that he gotta go. Ricky. He got to go.”

Puerto Rico Governor Ricardo Rosello says he won’t run for re-election and is stepping down as head of his political party.

“He’s got to the thing that’s correct for the people,” said Vasquez.

But he refuses to resign. Leaks of offensive conversations and federal corruption charges started it all. Ana Valentin-Jackson of Manchester was born and raised in Puerto Rico.

“Resign right now. We don’t want you to say I’m not running again next year or I’m not the President of the party. No, we want his resignation,” she said.

With their bodies in Connecticut, those with family ties to the island have their hearts in Puerto Rico.

“I’m horribly dying to be there,” said Valentin-Jackson.

“If I could be there I would be there right now,” said Johnari Garcia, who is originally from Puerto Rico. Garcia took local action by organizing a protest outside the Connecticut State Capitol.

These small-scale protests are expected to grow by the day. “I’m just hurt and angry,” said Garcia. “The debt needs to be audited. It has to be an entire reform.”

Corruption on the island isn’t new.

“Generations of corruption in our government on the island,” said Valentin-Jackson.

And it’s familial. Rep. Edwin Vargas, (D) Hartford said, “His father had one of the worst and most corrupt administrations, Pedro. The only reason I believe he wasn’t indicted is because they refused to testify against him.”

Now in day 12, these massive demonstrations in Puerto Rico are poised to undermine the already fragile island economy.

Rep. Geraldo Reyes, (D) Waterbury said, “The demonstrations that are in seeing in Old San Juan will absolutely completely shut down all economy and all businesses.”

Cruise lines have started canceling visits to the island until things settle down. Governor Rosello was elected in 2016 with nearly 50 percent of the vote.  If he does resign he would be replaced by Justice Secretary Wanda Vasquez.