NORTH BRANFORD —  Federal agencies have stepped up their fight against the opioid crisis by making their way into high school throughout the state to put ... 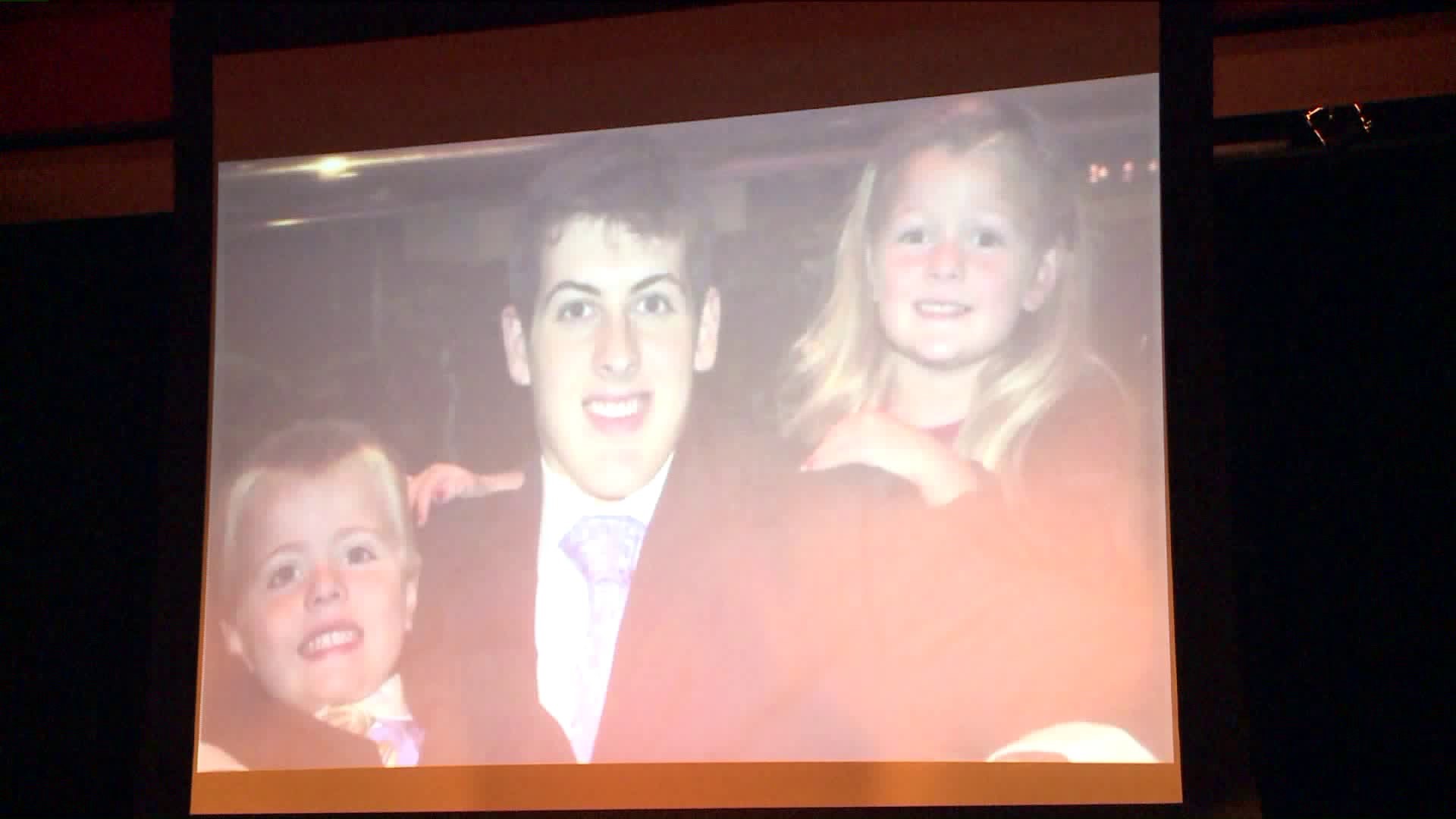 NORTH BRANFORD --  Federal agencies have stepped up their fight against the opioid crisis by making their way into high school throughout the state to put on presentations about the dangers of abuse and addiction.

The latest presentation was held in North Branford High School on Friday, to a crowd of roughly 600 students.

The assemblies are put on by the Heroin Education Action Team (HEAT), which is made up of prosecutors for the U.S. Attorney’s Office, the FBI, the Drug Enforcement Administration, and parents of opioid overdose victims.

HEAT’s goal is to reach every community in the state.  So far they have put on presentation in about 70 different cities and towns for more than 30,000 students.

One of the key speakers at Friday’s presentation was Debbie Breton from East Haddam.  Her son Lukas died from a heroin overdose at age 18.  His addiction to opioids began after he was prescribed the legal pain killers for a broken leg from a skiing accident.

“He played soccer and baseball for Hale-Ray High School. He was their catcher,” Breton said, describing her son to the packed auditorium.

Breton explained her son had made a try at recovery, but much to the family’s surprise, began using again shortly after rehab.

“It would be his first and last doing heroin,” she said through her tears.  Breton’s story of her son’s death came as an eye opener to many of the students listening to her speak.

“It’s heartbreaking.  I could never imagine losing any of my siblings to drugs and I don’t know how my mom or dad would handle it,” said Angelina Ramada, a North Branford H.S. junior.

As part of his presentation he showed pictures of imposter prescription pills commonly sold on the black market as Xanax, but are really made up of Fentanyl.  Fentanyl is the potent synthetic opioid now responsible for the mass majority of drug overdose deaths going on across the state.

Students were also shown the FBI’s documentary “Chasing the Dragon” which exposes the painful and harsh realities that come with opioid abuse and addiction.

“We hear it all the time, one bad decision can change the rest of your life.  This is something that one decision that you make will change your brain and change the way that you think and will have an impact on so many people around you,” said Craig Gwudz, Assistant Principal of North Branford High School.

He went on to say he hopes students also learned to immediately call 911 if they see a friend in distress from an opioid overdose.

“If they see someone in trouble tell somebody, don’t worry about getting in trouble do the right thing that’s the only way that we can attack it,” Gwudz said.

To watch “Chasing the Dragon” or for ways your community can host a HEAT presentation, click here.