GALES FERRY – Authorities in Ledyard are advising residents in Gales Ferry not to drink the water. They say this is the second time people have vandalized... 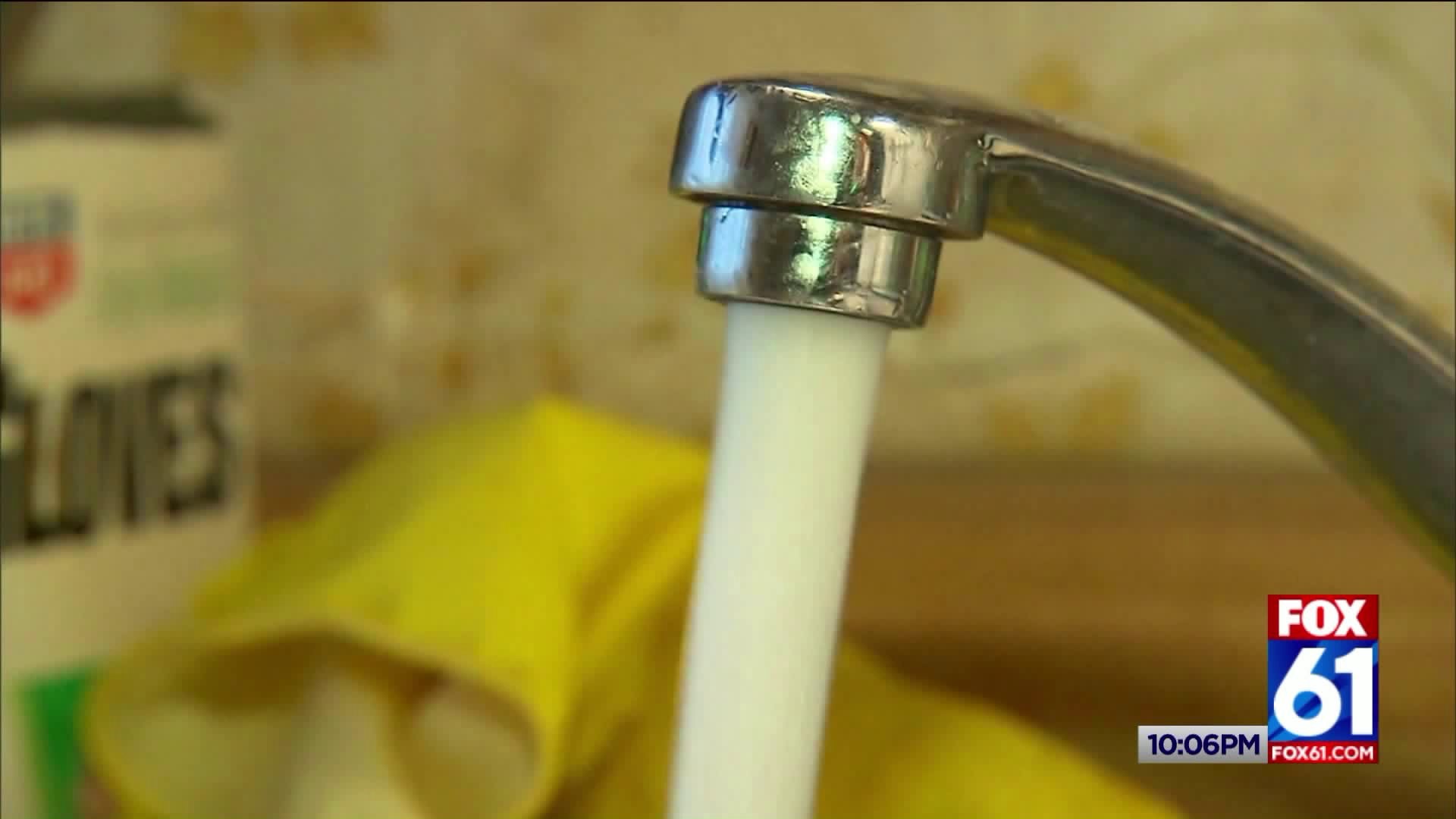 GALES FERRY - Authorities in Ledyard are advising residents in Gales Ferry not to drink the water.

They say this is the second time people have vandalized the facility in the last week.

“Anything that involves the public water supply is a matter of public security and general public health,” said Chief of Ledyard Police John Rick. “It is very serious.”

Authorities in Ledyard are investigating vandalism to a water pump station in Gales Ferry. The facility pumps water to about 2000 people in 870 homes. Most of those homes reside in the densely populated area east of Route 12 and south of Whaleshead Road.

The Southeastern Connecticut Water Authority and The Connecticut Department of Health are advising those residents to avoid consuming the water while tests are run.

Police believe that the suspects broke into the facility over the weekend. They sprayed graffiti on sheds, tossed around containers of motor oil belonging to the facility and burned small equipment in the driveway. They also tagged the local park.

Less than a week ago vandals spray-painted other areas around the facility.

“This is a strictly better safe than a sorry precaution,” said General Manager of the Southeastern Connecticut Water Authority Josh Cansler. “We don’t think the system was tampered with.”

Cansler says the Gales Ferry pump station has been shut down while the water is tested. Other facilities will temporarily pump water to the area. He hopes to have the results of the tests back by Tuesday afternoon or Wednesday at the latest.
Cansler says the water is safe to shower and bathe in.

“That equipment does have alarms on it so if it’s tampered with or malfunctions it sends a message to one of our operators. None of the alarms ever went off,” said Cansler.

Carlos Rosado is one of the residents who received the reverse 9-1-1 call advising him and his family to avoid consuming the water. He says they will do what they have to do to get by until the situation is rectified.

“I admire the town. They seem to be really concerned when things like this happen with the water and are on top of that,” said Rosado.

Police are taking this vandalism seriously. Breaking into a water facility is a federal crime. Ledyard Police are asking anyone who thinks they saw something suspicious by the facility this weekend to contact them at (860)464-6400.

Over the weekend one of the three pumphouses serving SCWA customers in Gales Ferry was broken into and vandalized.  Although the water distribution system and equipment in that pumphouse does not appear to have been tampered with, we are shutting down that system until samples can be taken and we receive verification the water is fine.  As a further precaution the State Department of Health has requested we request customers do not drink the water until we receive verification that the samples are negative.  Originally we posted a Boil Water Notice, but the State DPH has requested we take the extra precaution in case the system was somehow tampered with.

Because the pumphouse that was vandalized is our largest in the Tower system we are asking that all Tower customers conserve water until that system is back on-line.

SCWA is cooperating with the Ledyard Police and Federal Authorities to apprehend the perpetrators.  Tampering with a water system is a federal offense and can be prosecuted as an act of terrorism.