VERNON — From the ground up, the units at the Lakeview Condominiums in Vernon look very similar. But underneath the units and out of view, some of their foundat... 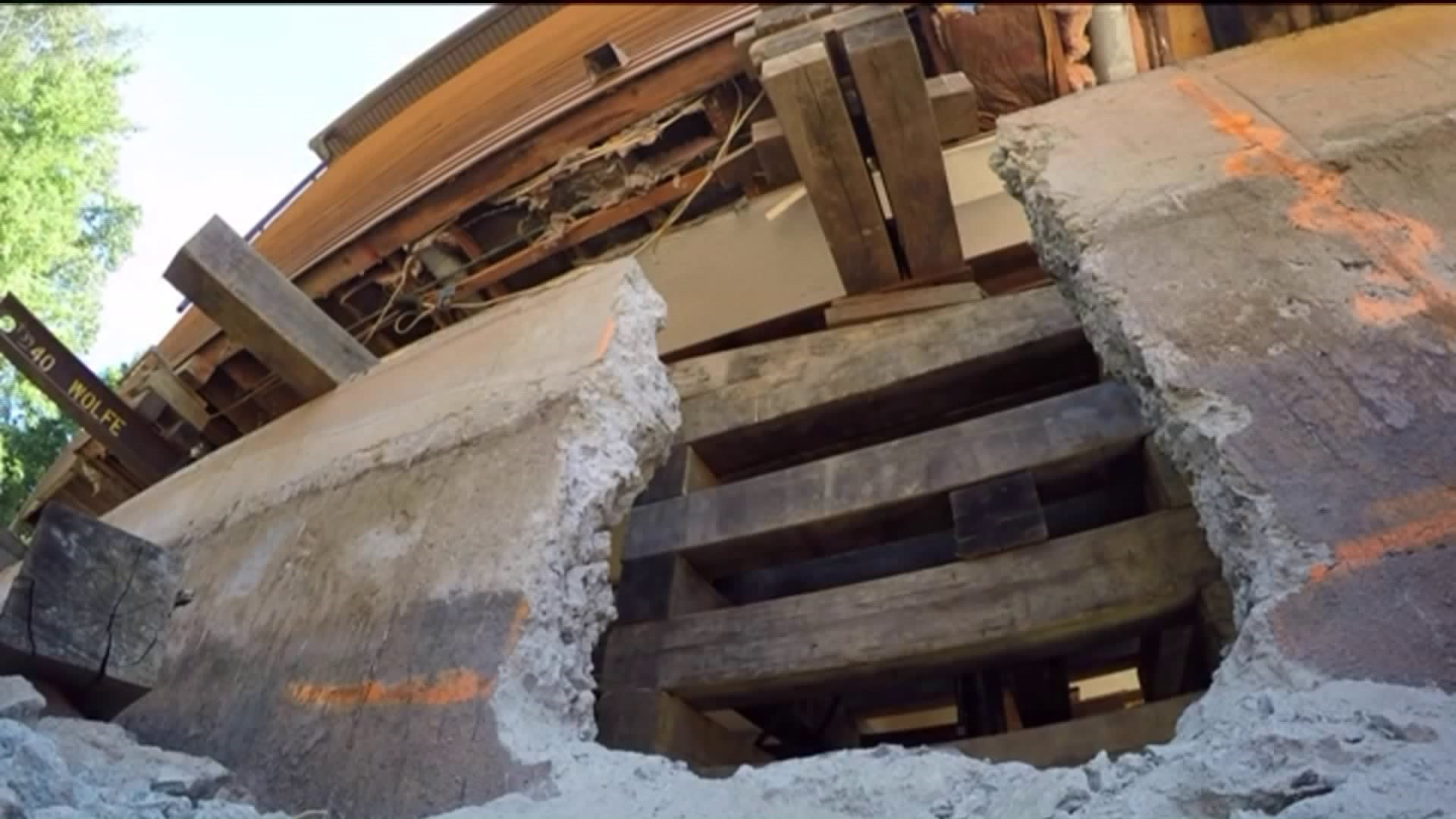 VERNON — From the ground up, the units at the Lakeview Condominiums in Vernon look very similar. But underneath the units and out of view, some of their foundations were beginning to crack and crumble.

An engineer confirmed 11 of the 46 units there have the problem plaguing hundreds of homeowners in Connecticut: crumbling concrete foundations. The only solution is to replace them.

One of those affected units belongs to Ed Ozwecki, who is also the President of the Lakeview Condo Association. He began looking into options and after a series of four condo association meetings, the work began to replace all 11 foundations on August 1.

He said, "A lot of the cracked walls here start to cave in a little bit because they're being supported by the weight of the building instead of reverse of that where you have a foundation that supports the building, the building was holding up the wall."

On Thursday, an 8-unit building was lifted seven feet into the air so workers can get underneath. The other three foundations will be done in place.

Contractor Don Childree has replaced dozens of these damaged foundations for individual homeowners, but he said the work at Lakeview is his most complex foundation replacement project yet.

"It involves jacking the house up, taking out all your utilities, and replacing the foundation completely underneath your house while your house is 7 feet above,” said Childree.

Workers have to dig down into each individual unit and break through the walls that separate them.

The work will take about three months and in the meantime, those 11 families have to find somewhere else to live. Some are staying with friends or family. Others are paying rent at a different location. One condo owner told FOX61 she’s paying $2,600 a month in rent on top of what she’s paying to get the problem fixed.

The fix is costing all 46 condo owners, even though only 11 have the problem. The condo association voted to take out a $900,000 bank loan for the project. Each owner has the choice of paying their share, roughly $19,500, up front or adding an extra $158 a month to their existing condo association fees for the next 15 years.

“It puts the financial burden on every body here,” said Ozwecki. “Everybody chips in.”

Condo owner Adelle Bell is surrounded by units with the problem, but she doesn’t have it herself. She told FOX61 paying her share is part of condo living.

She said, "A lot of people balked at it, but it is what it is. You've got to participate and if you want to ever sell your house you have to have it done. So what's your choice?”.

Other condo complexes around the state have the crumbling foundations problem too, but Lakeview is the first to say it’s too risky to wait for the possibility of financial help from the government or anywhere else.

Ozwecki said they chose to take action before things got worse.

“Nothing was happening and I didn’t want to wait for us to collapse. Because we were labeled at the point where the engineer said, ‘Replace your foundations.’ So I'm going to wait and hope I don't collapse? No, we moved right away,” he said.