Video Shows 16-Year-Old Cat Fending Off 2 Coyotes in Front of Azusa Home: ‘He Was Fighting for His Life’

A 16-year-old cat named Tigger proved he was anything but timid during a confrontation with two hungry coyotes in Azusa on Thursday, chasing both predators away... 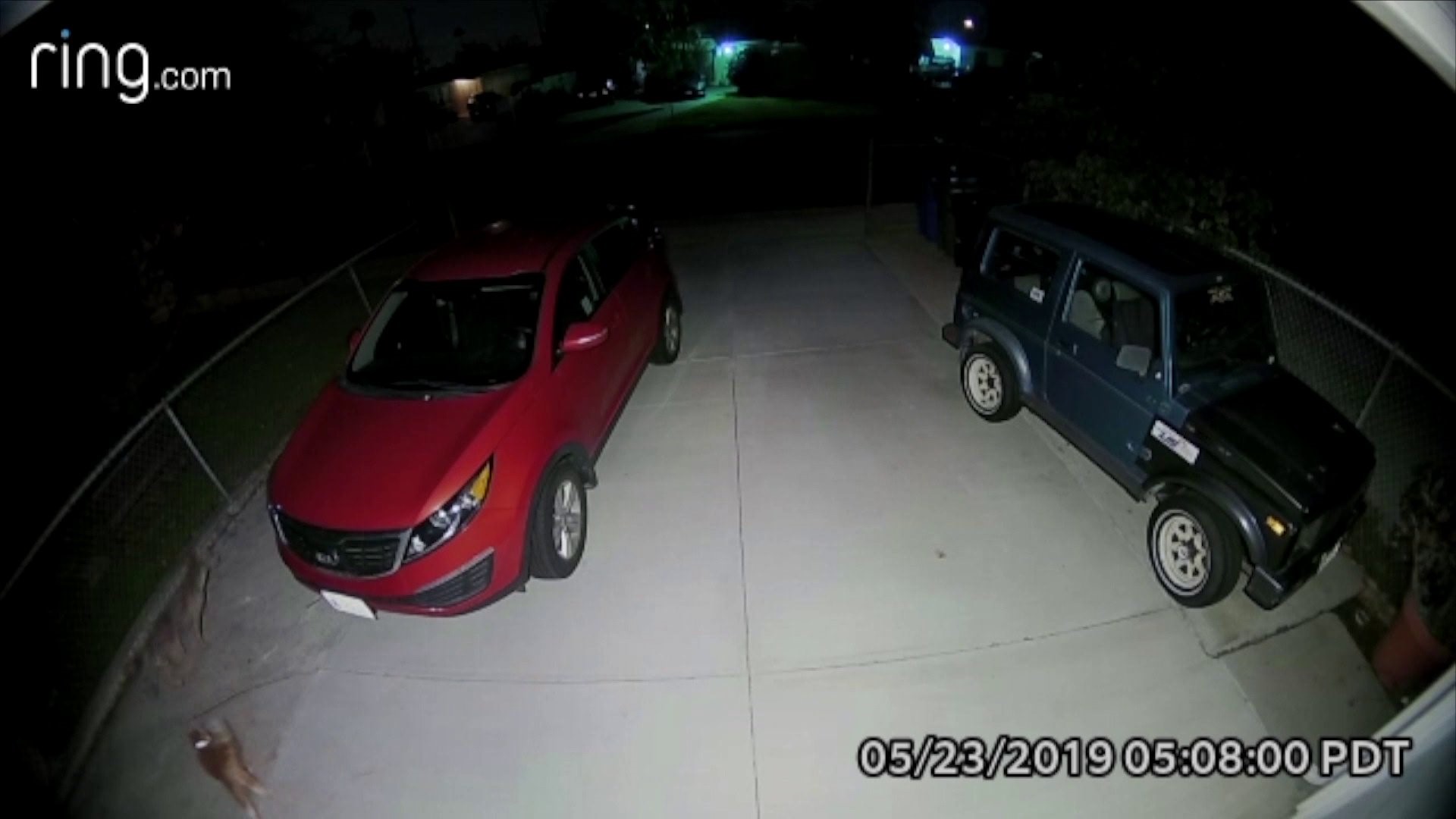 A 16-year-old cat named Tigger proved he was anything but timid during a confrontation with two hungry coyotes in Azusa on Thursday, chasing both predators away repeatedly in a dramatic incident that was captured on a home surveillance camera.

Around 5 a.m., the feline was sitting in the driveway of his home when he was approached by two coyotes, both bigger in size.

As they surrounded him, the cat quickly got to his feet and confronted the two, his sudden movement seeming to startle them, the security video showed. They backed off before one of the animals tried to sneak up on the cat, circling a parked car and trying to approach him from behind.

Unfazed, Tigger refused to back off, hissing at the coyote as it ran away. The cat continued to stand his ground as the coyotes came back and circled close again, chasing them off a few more times.

"He was fighting for his life," one of his owners, Beth Hayes, told KTLA.

By that point, the motion detector alarms had woken up Hayes and her husband Ed, who were both fast asleep at the time.

“I knew something was happening, and so I grabbed the phone and looked at it, and all I saw was two coyotes and the cat," Hayes said.

Horrified at what she was seeing, Hayes immediately dropped the phone, got out of bed and ran toward the front door. She said she feared for the cat's life.

But then, relief flooded over Hayes when she was discovered Tigger was OK.

“As I opened the door, the cat came through the cat door," she said.

Tigger seemed to be unharmed, though he was clearly shaken up over the terrifying encounter, Hayes recalled.

“He hasn’t been out all day," she said, hours after the cat's frightening encounter. "I think he’s really traumatized. I know I was.”

With Tigger safely inside the home, the coyotes waited around for a bit in the pre-dawn hours. Eventually, they moved on to find breakfast elsewhere.

Hayes told KTLA the cat previously belonged to her mother, who passed away three years ago. She and her husband have been caring for Tigger ever since.

The couple noted coyote sightings are rare for them, but after this experience, they're planning to be more diligent about keeping their pets in at night.

“It’s definitely a wakeup call for us," Hayes said.