Author: KGW Staff LONGVIEW, Wash (KGW) — Newly released video shows what happened on a Longview school bus when a driver who was allegedly drunk behind the whee... 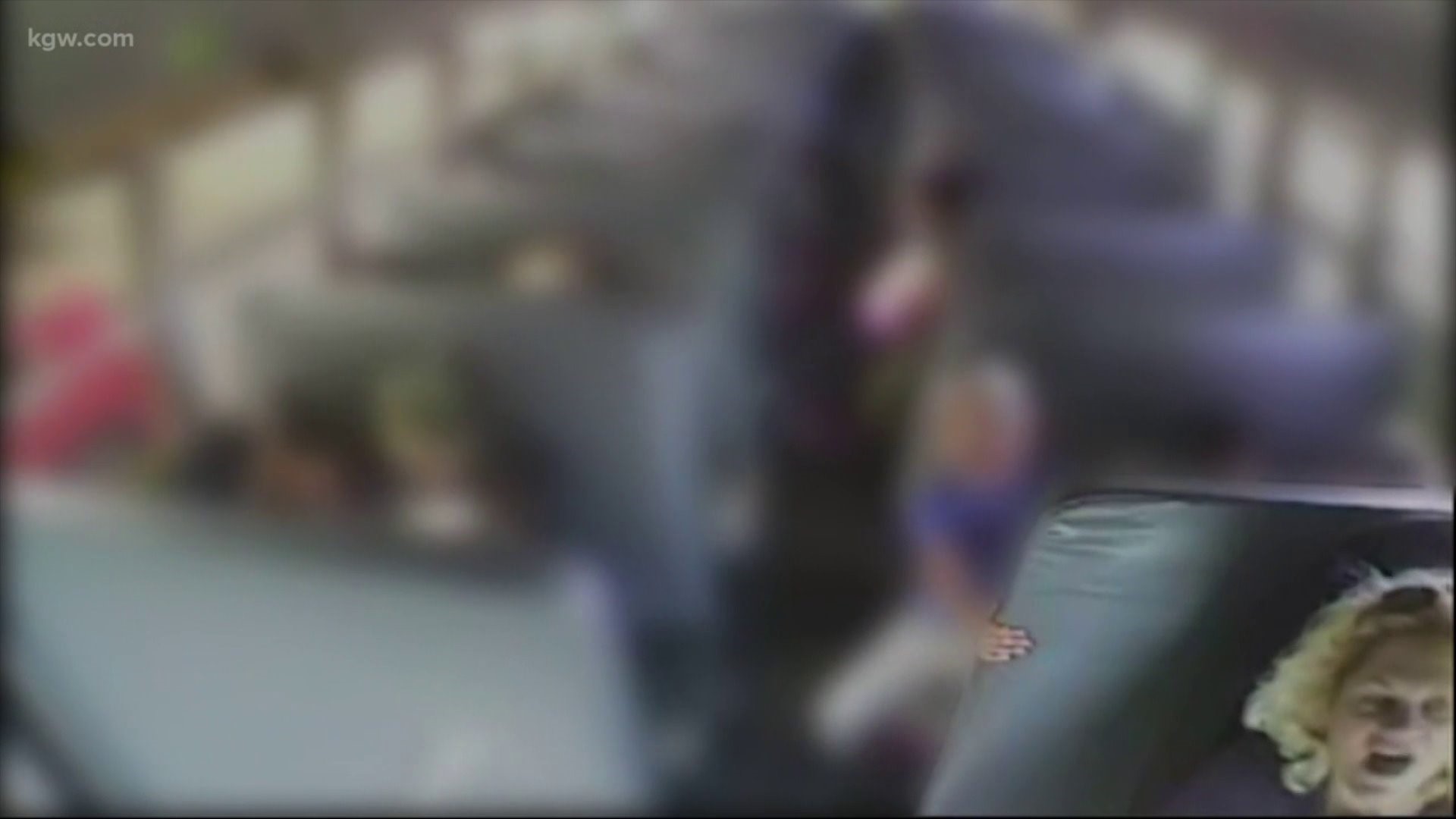 LONGVIEW, Wash (KGW) — Newly released video shows what happened on a Longview school bus when a driver who was allegedly drunk behind the wheel picked up and dropped off students.

Catherine L. Maccarone, who has resigned as a Longview Public Schools bus driver, is seen on video yelling at students, sometimes cursing at them, rambling about her relationships and often just incoherently going on about nothing while she completed two bus routes with high school and elementary students.

Maccarone, 48, faces charges of DUI and two counts of reckless endangerment. She resigned from her position with Longview Public Schools on Thursday, Sept. 26.

The nearly two hours of video from Sept. 12, obtained by KGW with a public records request, shows Maccarone rambling with and without kids on board. Before she picks up high school students she is seen speaking directly into the camera, appearing to send a message to her bosses.

“You know why I'm doing it? Because my marriage sucks. My husband is a son of a gun and there's no one on this bus. Yeah, he's a son of a gun with a d in front...” Maccarone said.

Once students were on the bus, things weren’t much different. At one point, a student told Maccarone that another kid has told him she is crazy. She responded, “I am crazy. I’m totally crazy. I am so fun crazy because I love life.” She goes on to say that she’s not crazy because she has “graduated from college three times.”

At one point during her route with elementary students she says,“I have to pay attention to everything around me to keep you safe. Right? Don’t I talk about safety all the time?”

After leaving the school bus, one of the elementary students called 911 to report that his driver was drunk and had run red lights.

The boy told the 911 dispatcher, "She was drunk. Like, passed three red lights."

"Her eyes, you could tell she was drunk. Her breath sort of smelled like alcohol," he said.

When police responded, they could smell an “obvious” odor of intoxicants coming from the driver, Maccarone. According to a police report, Maccarone's BAC was a little more than .09.

She was arrested and taken to the Cowlitz County Jail.

Longview Public Schools Superintendent Dr. Dan Zorn said this was an isolated, albeit very unfortunate, incident. He said Maccarone had no history of anything like this, nor do any other drivers in the department.

"First of all, I want to tell our parents I’m sorry and as a system, this should not have happened. We’re taking it very seriously and doing everything we can to assure it does not happen," Zorn said.

The district has already implemented changes in reaction to this, Dr. Zorn told KGW. They involve more frequent and intentional face-to-face interaction between dispatchers, managers and drivers before drivers pick up keys in both the morning and afternoon.