Wadsworth Atheneum celebrates the homecoming of a master

You don’t have to be an art expert to recognize the names hanging on the walls at Hartford’s Wadsworth Atheneum. Degas… Cezanne… Gauguin… There’s even a renoir ... 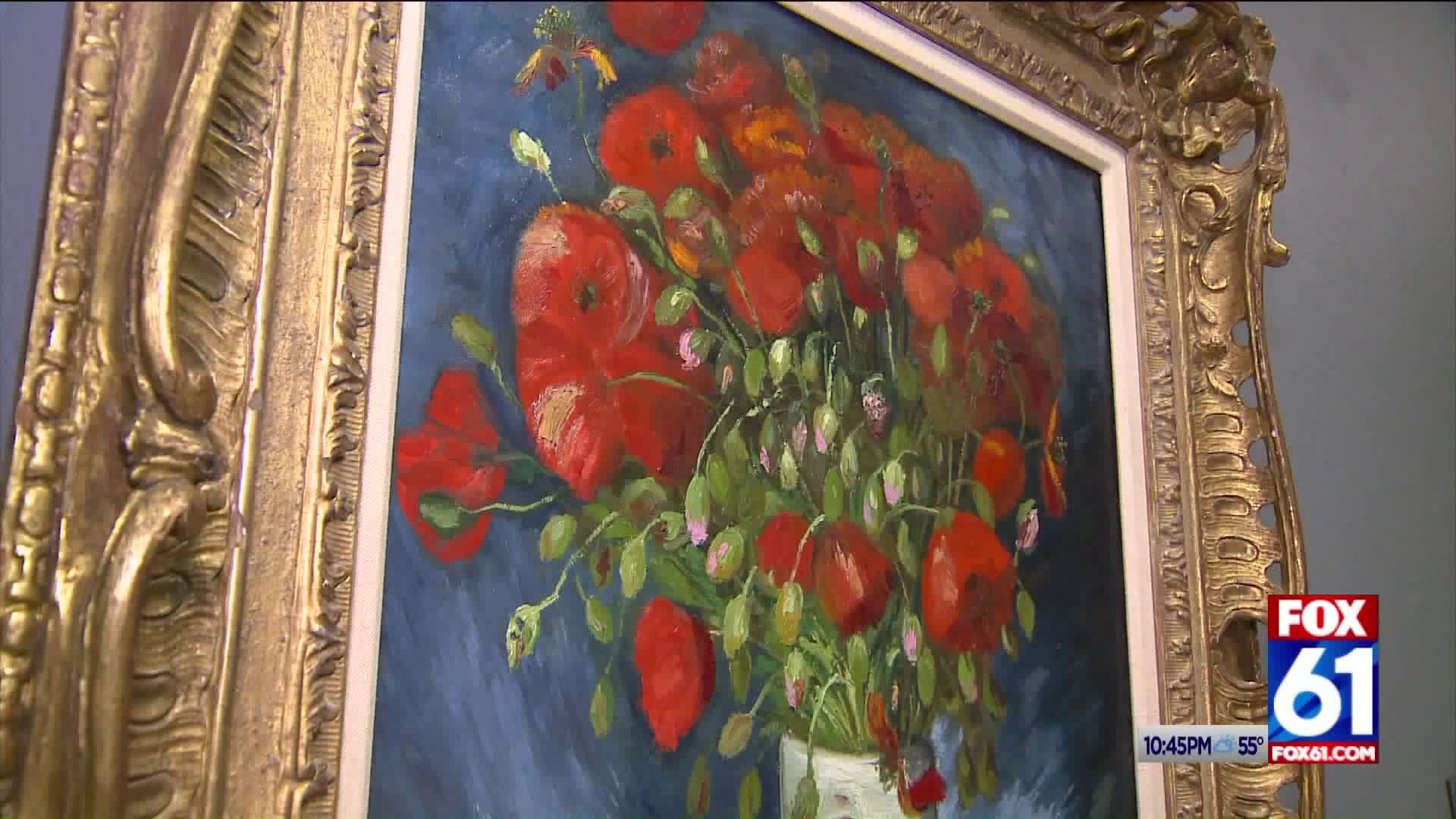 You don’t have to be an art expert to recognize the names hanging on the walls at Hartford’s Wadsworth Atheneum.

There’s even a renoir painting of Monet painting… call it a 19th century version of a social media post.

And in one corner of the Kriebel Family Gallery… one of the most recognizable paintings in the world.

One of a series of self portraits by Vincent Van Gogh, until recently thought to be the only Van Gogh self portrait at the Wadsworth.

But it turns out, there just might be second one hiding here.

The story begins in 1957, when a children’s author from Fairfield County named Anne Parrish died and left her personal art collection to the Wadsworth.

It included paintings by Monet, Renoir, Degas, and a bright little painting “Vase With Poppies,” painted by Van Gogh, in Paris in 1886.

But around 1990, “Poppies,” and with it the Wadsworth, was pulled into a global controversy.

As early as the 1920’s experts believed, and believe to this day, that a number of fakes and forgeries have been accidentally or intentionally catalogued with Van Gogh’s work. Now, Vase With Poppies was being lumped in with those fakes.

Wadsworth CEO Tom Loughman says “there was a PhD dissertation being written by a student in Holland, who called into question a number of paintings that had been attributed to Vincent Van Gogh, precisely from this period, 1886, when he first arrives in Paris.”

Loughman says they tried to investigate, but were limited by the technology of the day.

“We kinda got stuck,” he says,“but there was great concern.”

But the results they did achieve landed them on the radar screen of the Van Gogh Museum in Amsterdam.

Finally in the early 2000’s they were invited to send the painting there, where the foremost experts in the world would examine it, using state of the art technology, including digital x-ray and infrared reflectography.

Loughman says the Amsterdam team mapped out every thread of the linen the picture was painted on, and tested the chemical makeup of the paint, and both checked out.

So did the style.

They also found an 1886 letter to a friend, in which Van Gogh explained he was painting flowers, because he had run out of money to pay models. He talked about working with contrasting colors, like dark blues and bright reds and oranges, a virtual description of vase with poppies.

And finally, 21st century technology revealed something hidden since the 19th, another painting underneath the poppies, that looks to many, like another Van Gogh self portrait.

On the weight of the evidence, the experts in Amsterdam finally declared vase with poppies a genuine Van Gogh, and returned it to the Wadsworth, to the relief of Tom Loughman and the rest of the staff.

it now hangs in the Kriebel Family Gallery with the other European masters, and the Van Gogh self portrait you can see.

A 133 year old, yet newly minted original that Van Gogh did not sign, but carries a signature nonetheless,  adding a little more history and lore to the walls of the Wadsworth.