NORWICH —  Connecticut State Police have identified the man killed in a fiery crash involving a tractor- trailer Monday afternoon that closed parts of I-3... 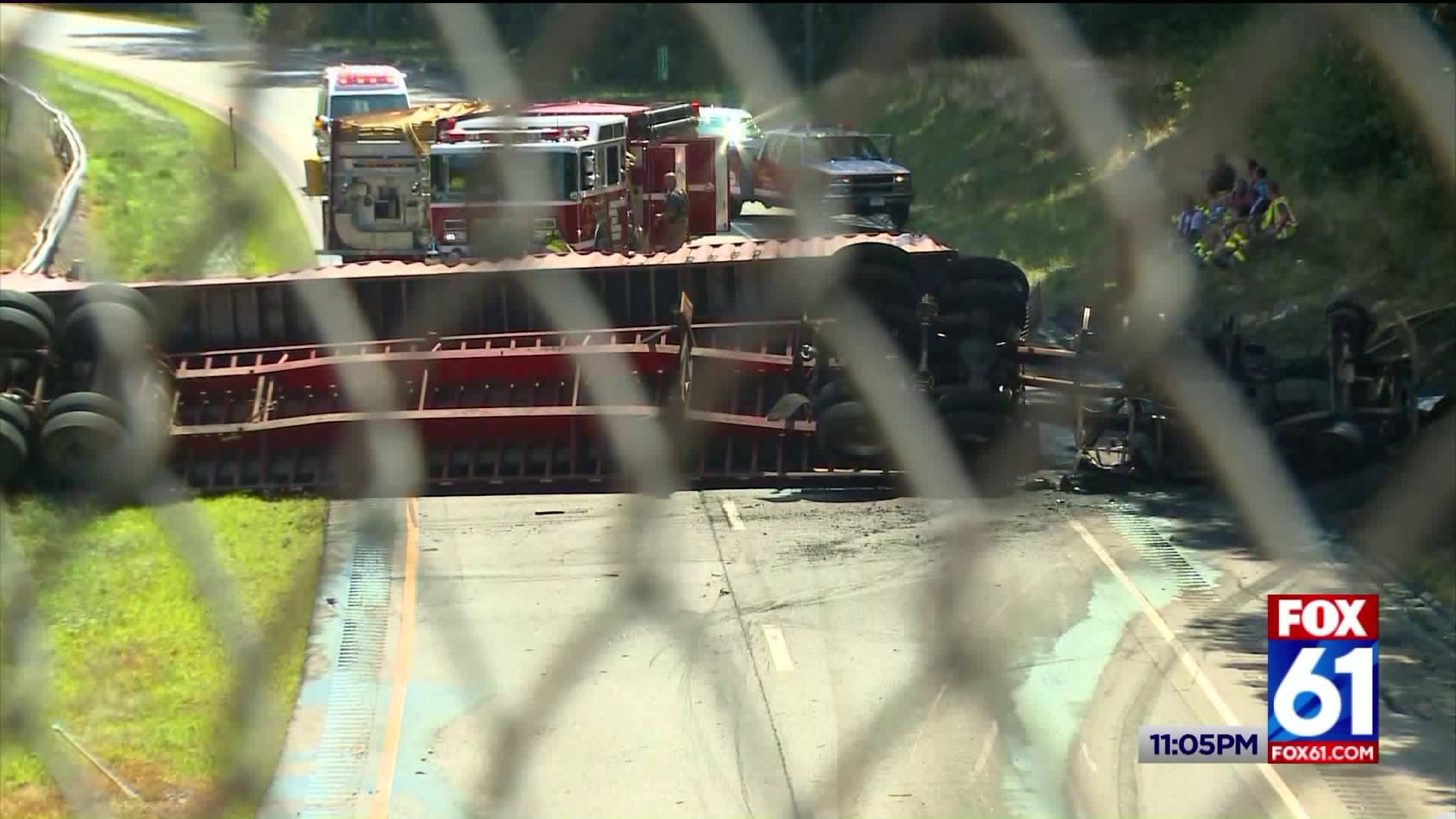 NORWICH --  Connecticut State Police have identified the man killed in a fiery crash involving a tractor- trailer Monday afternoon that closed parts of I-395 south.

State police said the driver of the truck, 61-year-old Robert Neubig of Wallingford was the man killed in the crash.

I-395 southbound was closed in the area of Exit 14 to Exit 11A. At times, the left lane on the Northbound side has been closed as well.

Connecticut State Police announced on Twitter around 12:30 p.m. that Interstate 395 southbound at exit 14 in Norwich was closed. The highway remained shut down during the evening commute, with passenger vehicles and big rigs crawling along, being diverted onto city streets.

O'Conner was shocked to see video of flames engulfing the cabin of a tractor trailer.

Rubberneckers going northbound had traffic at a crawl while congestion in surrounding neighborhoods became a nightmare for people trying to find an alternate route. Anyone going southbound was left stranded.

"I think we were in traffic for about two hours before they had us turn around and go off the on ramp," said O’Conner.

Thick black smoke from the tractor-trailer could be seen from nearby neighborhoods as it billowed over the trees. Its flames and smell attracting dozens of onlookers to an overpass.

“You can see the smoke, smell the burning tires and rubber,” said Carol Moon.

“It's terrible. I've never seen a crash like this before,” said Miranda Cirrito. “I pray for the families of the person involved. It's really sad.”

Rescue crews from Norwich, the Connecticut State Police and accident reconstruction teams remained on scene well into the evening to clear the accident.

The charred remains of the trailer were taken away in parts. DOT crews worked to repair damaged guard rails and remove debris.

“It doesn't look like much of a miracle but I guess to have no other cars involved really is kind of a blessing,” said Cirrito.