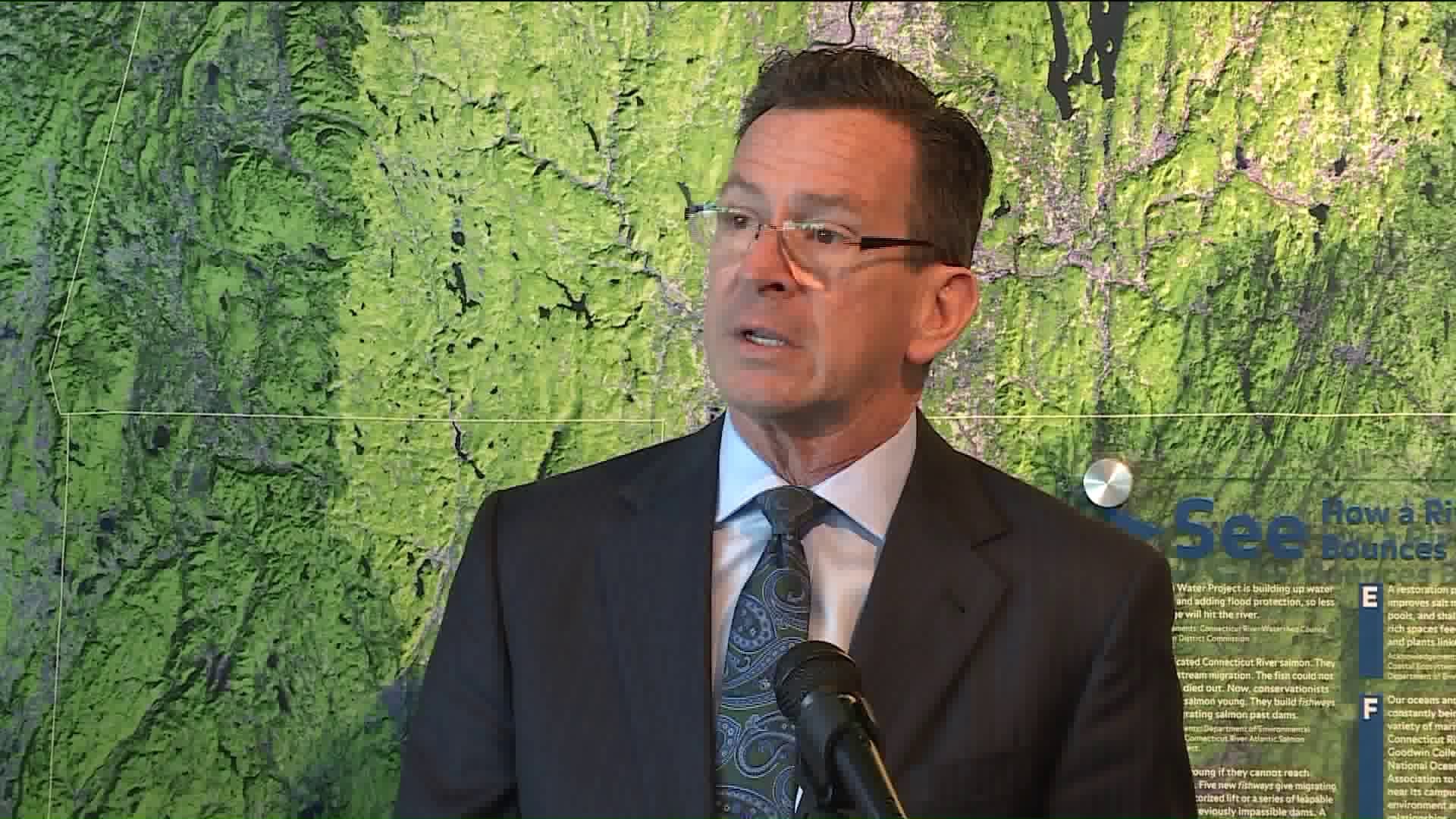 HARTFORD -- Connecticut Governor Dannel Malloy and local leaders in science are calling President Donald Trump's budget cuts to the Environmental Protection Agency an attack on science and an attack on future generations.

The governor held a news conference Wednesday focused on how those cuts would impact Connecticut. President Trump is proposing a 31% cut to the agency's budget. Governor Malloy said that would include approximately $6 million in cuts to Connecticut's Department of Energy and Environmental Protection.

DEEP Commissioner Rob Klee said, "Science itself is under attack in the federal budget."

"It's air. It's water. It's conservation. It’s an attack on who we are and what we are," said Governor Malloy. "The bottom line is this is absolutely an attack on future generations, those yet unborn, who will suffer the consequences of this major retreat that the Trump administration is attempting to bring about."

The proposal would cut $2.6 billion from the agency, for a 2018 budget of $5.7 billion. President Trump's budget also has benefits to Connecticut, including a boost for defense.

In addition to funds, those who spoke at the press conference said they are also concerned about rolling back policies and environmental regulations that have been in place for decades.

Gary Yohe, Huffington Foundation Professor of Economics and Environmental Studies at Wesleyan, says climate change and humans' blame for that change is his life's work. He's worried this administration will erase that.

He said, "I really do think it's not only irrresponsible but it's immoral to ignore this science because it unnecessarily puts people's lives at risk."

Yohe was the Vice-Chair of the third National Climate Assessment for the Obama administration and won the 2007 Nobel Peace Prize for his work as a senior member of the Intergovernmental Panel on Climate Change.

He said progress will continue throughout the Trump administration, but on the local and state level likely with less funds.

Yohe said, "The group of scientists that I know are resourceful and very smart. They'll figure something out."

Check out the fuller press conference below.