NEW YORK  — A helicopter crash-landed on the roof of a rain-shrouded midtown Manhattan skyscraper Monday, killing the pilot and briefly triggering memories of 9...

NEW YORK  — A helicopter crash-landed on the roof of a rain-shrouded midtown Manhattan skyscraper Monday, killing the pilot and briefly triggering memories of 9/11, even though it appeared to be an accident unrelated to terrorism.

The crash near Times Square and Trump Tower shook the 750-foot-tall (229-meter-tall) AXA Equitable building and forced office workers to flee on elevators and down stairs.

Gov. Andrew Cuomo, who spoke to reporters at the scene, said the impact caused a fire, but it was under control.

The pilot was believed to be the only one aboard, and there were no other reports of injuries, authorities said.

It was not immediately clear what caused the crash, or why the Agusta A109E was flying in tightly controlled airspace in midtown Manhattan. A flight restriction in effect since President Donald Trump took office bans aircraft from flying below 3,000 feet within a 1-mile radius of Trump Tower, which is less than a half-mile (0.8 kilometers) from the crash site.

The crash happened around 2 p.m., when clouds obscured the roof of the building. It occurred close to both Rockefeller Center and Times Square and sent rescue vehicles swarming to the building. The response immediately evoked memories of the Sept. 11 attacks.

“If you’re a New Yorker, you have a level of PTSD, right, from 9/11. And I remember that morning all too well. So as soon as you hear an aircraft hit a building, I think my mind goes where every New Yorker’s mind goes,” Cuomo said.

Videos posted by onlookers showed emergency vehicles in the street, but no obvious damage to the skyscraper.

Pedro Rodriguez, a pastry line cook at Le Bernardin, a well-known restaurant in the building, said workers got an announcement telling everyone to exit, and he later heard from people around him that there was a fire on the roof. The evacuation was not chaotic,

Rodriguez said, but he was rattled because he immediately thought of the Sept. 11 attacks.

“It’s scary when something like this happens,” he said.

Alex Jacobs was working on the seventh floor when he heard bells and an announcement to evacuate. He and his colleagues — who had not heard or felt an impact — used stairs to a fire exit.

Trump tweeted from Washington that he had been briefed on the crash and that his administration was ready to help if needed. Cuomo’s office said the president and governor had spoken.

The Federal Aviation Administration said the National Transportation Safety Board would oversee an investigation.

Lance Koonce, a lawyer who works a block south, heard a loud sound he thought could be a low-flying helicopter. From his 21st-story window, he looked up and saw smoke.

“I couldn’t tell if the smoke preceded the helicopter coming over, or if it was from the helicopter crashing into the building,” he said. He was not worried for his own safety, but was thinking about the safety of the people in the helicopter and those on the street below.

The city currently allows helicopters to take off and land from three heliports, one each on the east and west sides and downtown Manhattan. All border rivers.

It was once more common for helicopters to take off from private Manhattan rooftops, the most famous of which was on what was then the Pan Am building. In 1977, four people waiting on the roof were killed when a helicopter toppled over and a rotor blade broke off and hit them. A fifth person, a pedestrian, was killed by falling debris.

That spurred a push to close down private helipads.

Still, the city has seen a string of helicopter accidents since. The most recent was just last month, when a copter crash landed in the Hudson River near a busy Manhattan heliport. The pilot escaped mostly unscathed.

In 2006, New York Yankees pitcher Corey Lidle’s single-engine plane slammed into the 20th floor of a building on Manhattan’s Upper East Side, killing Lidle and his flight instructor. It was not clear which one was piloting the plane.
The National Transportation Safety Board concluded the pilot misjudged a narrow U-turn before veering into the building. 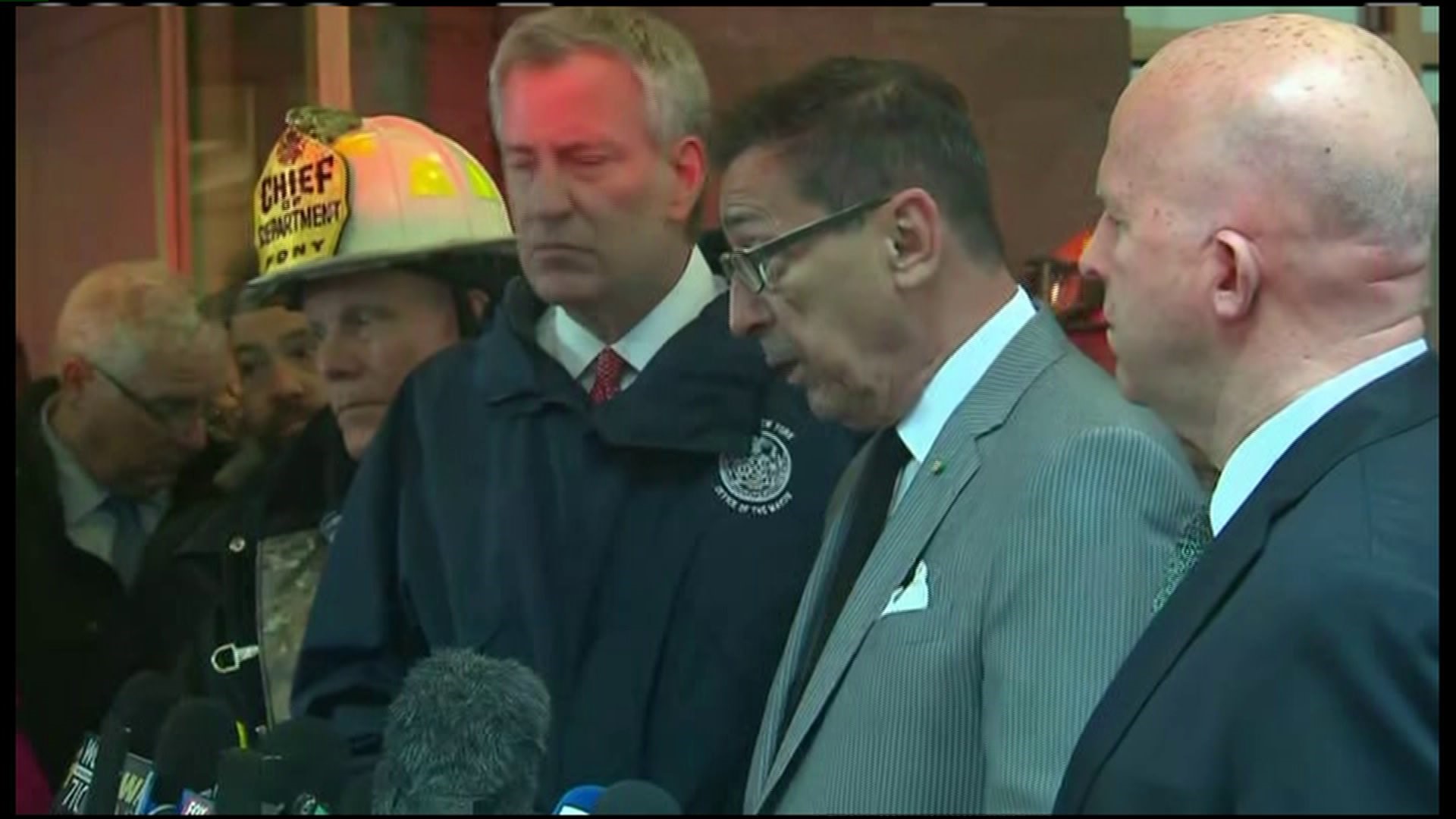