WINSTED– Carrying a heavy load isn’t anything new for Connecticut Army National Guardsmen though, in the skies above Winsted, their mission was even more challe... 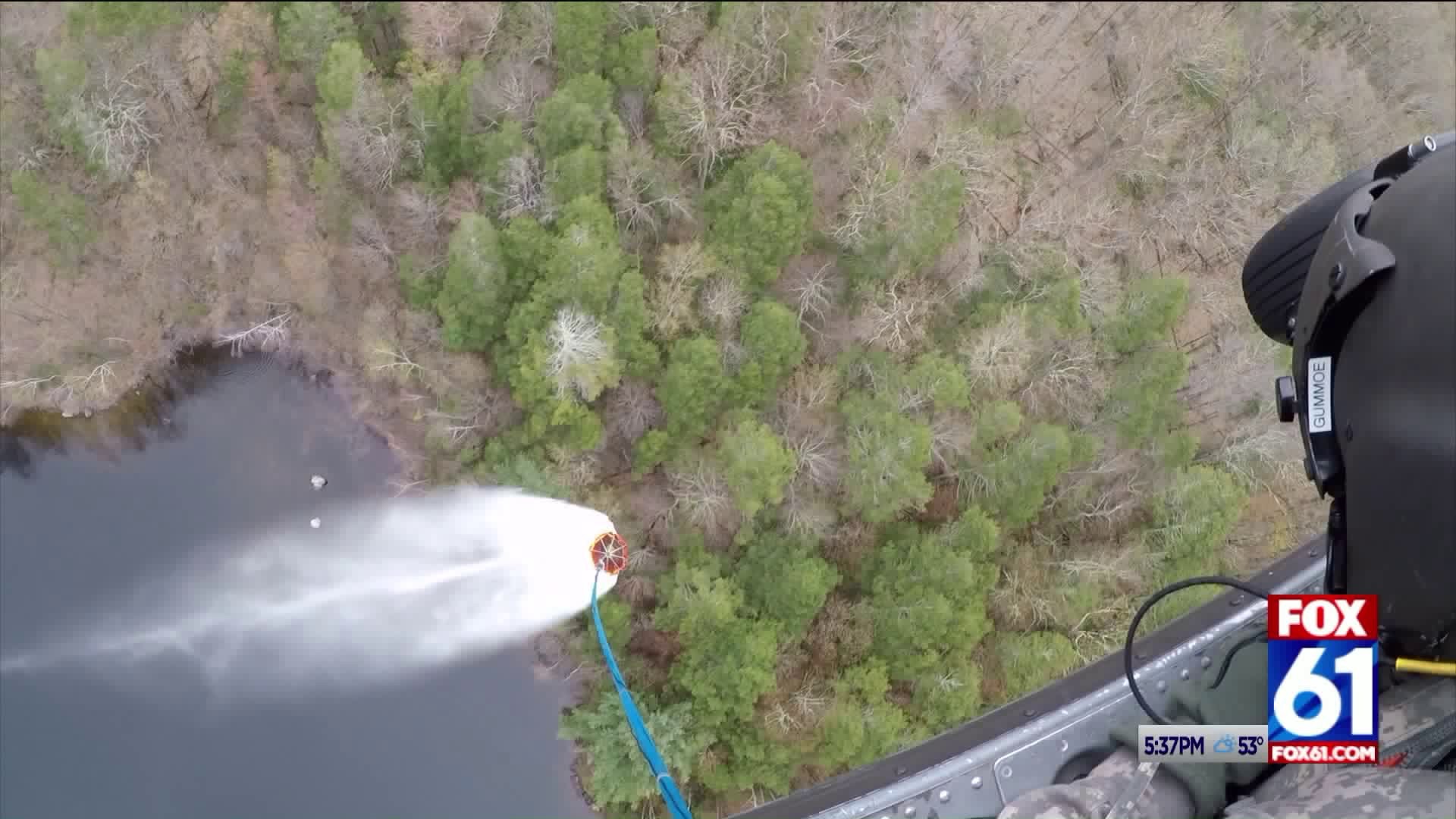 WINSTED– Carrying a heavy load isn’t anything new for Connecticut Army National Guardsmen though, in the skies above Winsted, their mission was even more challenging on Wednesday.

That comes with the territory during mandated “water bucket training”.

Pilots and crews from the Army National Guard were running drills lifting and dropping payloads of water from a Sikorsky UH-60 chopper to practice fighting forest fires.

Major Sean Kattanach, a National Guard Helicopter Pilot said, “the National Guard supports for wildfires out west and, occasionally, after a big fire, we will be called out as an additional air crew to go help.”

Some of the Connecticut National Guard crew members have firsthand experience using the skills being perfected above the West Branch River Reservoir.

Last September, they were deployed to North Carolina to provide relief after Hurricane Florence. “We’re ready to answer the call,” said Captain Chris Gibb, who also pilots the Blackhawk. “Whether it’s hurricanes in North Carolina or overseas, we train to be ready when are called upon.”