WATERBURY – Hundreds of angry Waterbury teachers were in an uproar at Thursday’s school budget meeting. This comes after the city proposed a one-yea... 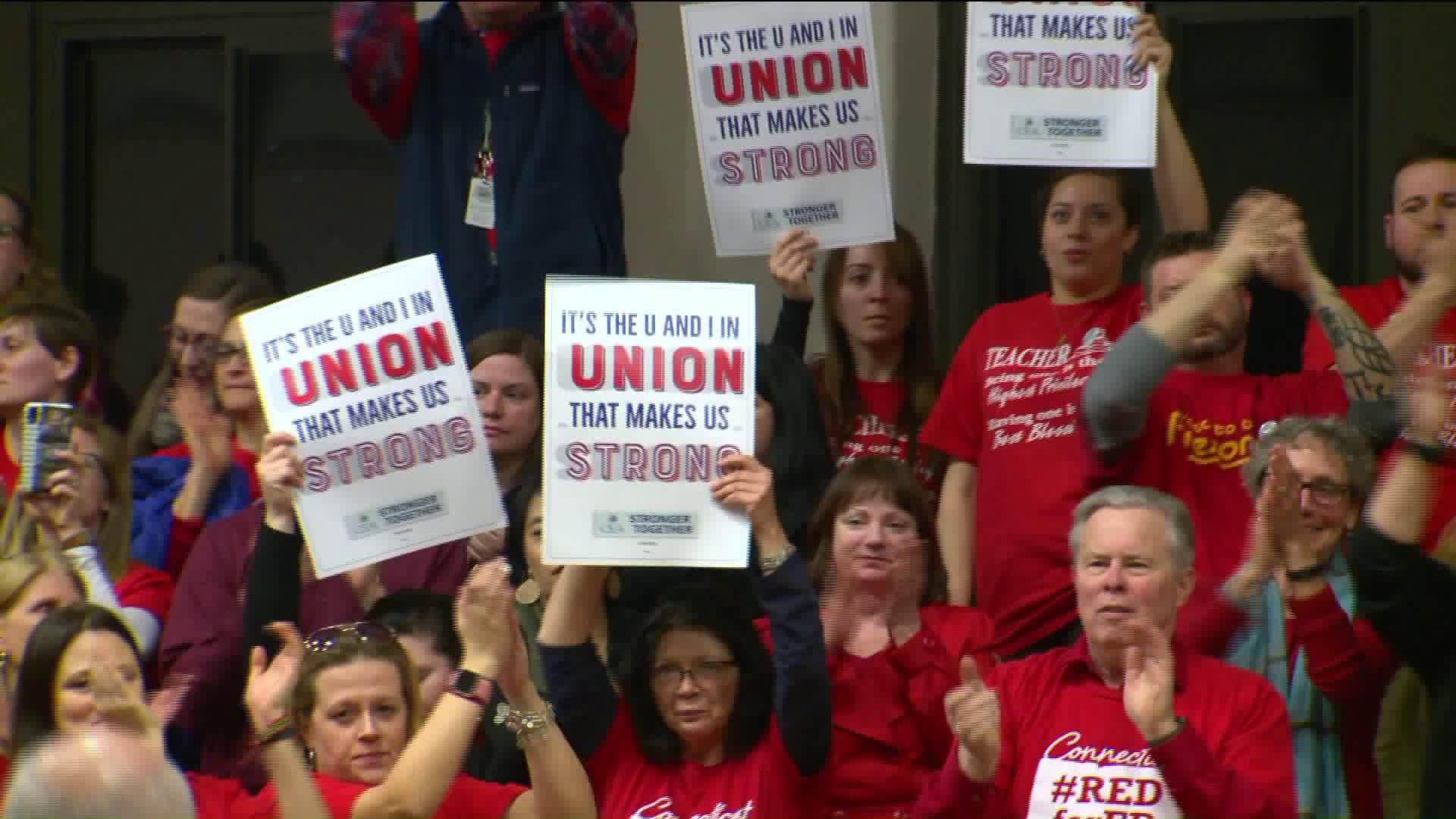 WATERBURY - Hundreds of angry Waterbury teachers were in an uproar at Thursday's school budget meeting.

This comes after the city proposed a one-year wage freeze in their new contract.

The gym room was completely packed and people flooded into the hallways. Teachers were chanting and booing. They were so upset many of them left an hour into the meeting.

Teachers shouted at Mayor Neil O'Leary and said they deserve a raise.

Kevin Egan with the Waterbury Teachers Association was there to speak on behalf of the teachers.

"To cast aside the disrespect and devaluation of our dedicated educators, to show through deeds that the backbone of the education is not to be found in central office but in our classrooms!" said Egan.

Mayor O'Leary attempted to continue to explain why the wage freeze would be implemented but instead, his comments resulted in most of the teachers walking out.

"What I’m mostly disappointed is the leadership of the Waterbury teachers association union distributed completely false and erroneous information to them and they knew it. They knew it because the information contained in a flyer was just inaccurate," said Mayor O'Leary.

FOX 61 tried to talk to some of the remaining teachers on camera, but they strongly declined given how upset they were.

After the meeting, FOX 61 spoke to the mayor who said he wanted to make it clear: there would not be an increase in insurance costs and the teachers would get raises at some point.

However, the city's budget is dependent on the proposed state budget and the mayor wants to see how that will play out first.

Mayor O'Leary said the City of Waterbury has only seen a reduction in cost sharing grants since the state has been in a fiscal crisis.

The Teachers Association pitched a 2.25 percent increase, but the arbitration panels said that is too high.

The mayor said he understands why teachers are upset but has this message for them.

"They should probably look at other districts because there’s a lot of young teachers coming out of college that need jobs," added Mayor O'Leary.

The mayor said they will re-negotiate in June and by then, he should have a better idea of how to allocate the money.