AVON — The Avon Volunteer Fire Department went above and beyond the normal call of duty Saturday afternoon. They were dispatched to West Avon Congregational Chu... 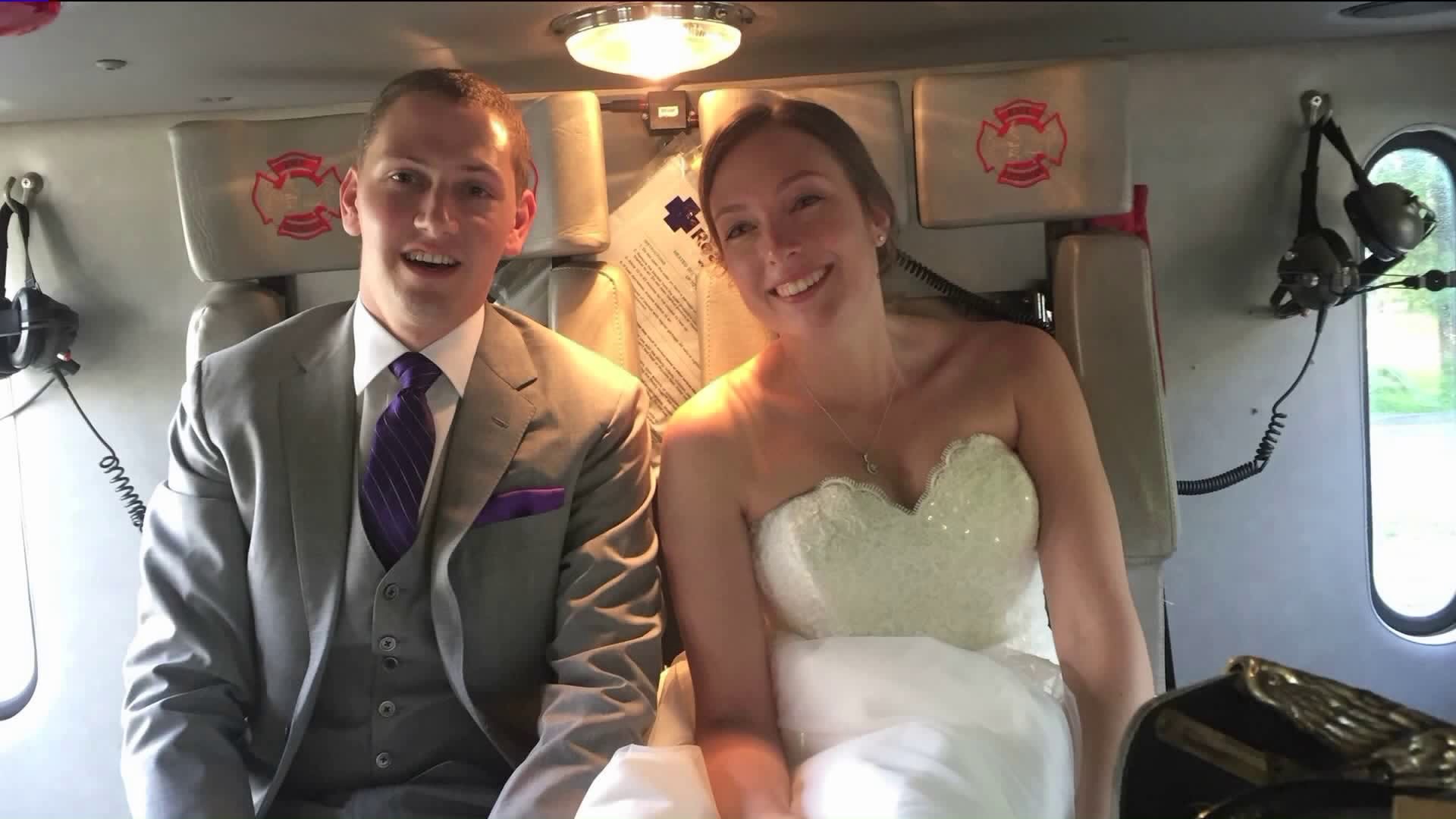 AVON — The Avon Volunteer Fire Department went above and beyond the normal call of duty Saturday afternoon.

They were dispatched to West Avon Congregational Church for a report of a bus trolley fire. When they arrived, the crews found the trolley with an engine compartment fire. It was knocked down by a fire extinguisher that the bus driver had.

It turns out, the bus was for a wedding party. Maria Leonardi and Justin Stone were getting married inside the church.

Members of the fire department offered the couple a ride to their reception.

“It's not just putting fires out, it's not just responding to car accidents or fire alarms, it’s going above and beyond service to our town and to the people that live in our town,” Avon Volunteer Fire

Department Assistant Chief Joe Speich said. “Anyone that's married spends a lot of time planning their wedding and they want everything to be perfect that day,”

Engine 14 with a crew of four – Lt. Kaswer, Lt. Baldwin, Firefighter Costill, and Firefighter Del Gallo – had the wonderful honor of making sure the happy couple didn’t miss their own party.

Del Gallo said it was rewarding to experience the incident beyond just responding to a fire call.

“Most of the stuff we show up and we leave, there’s no real closure towards it,” Del Gallo said .”This call was totally different because we got to actually see how happy they were with us.”

Del Gallo said when they showed up to the reception, the guests were cheering.

The bride and groom said the firefighters turned on the lights and sirens giving them a grand entrance to their wedding.

“They’re volunteering their time and risking their lives to help people but not only do they do that, they look out for the community and they were really amazing guys,” Leonardi said. “I would say thank you for giving us the best wedding ever.”

The party was held at the bride’s parents house in Avon. Leonardi is from Connecticut, her husband is from Virginia. The two met during the MBA program at UNC Kenan-Flagler Business School.
The happy couple is leaving for their honeymoon, Tuesday, to Sonoma and Napa.