WEST HARTFORD — Police arrested a West Hartford man, who was the subject of a Boston Globe investigation last fall, on charges he tried to arrange to have... 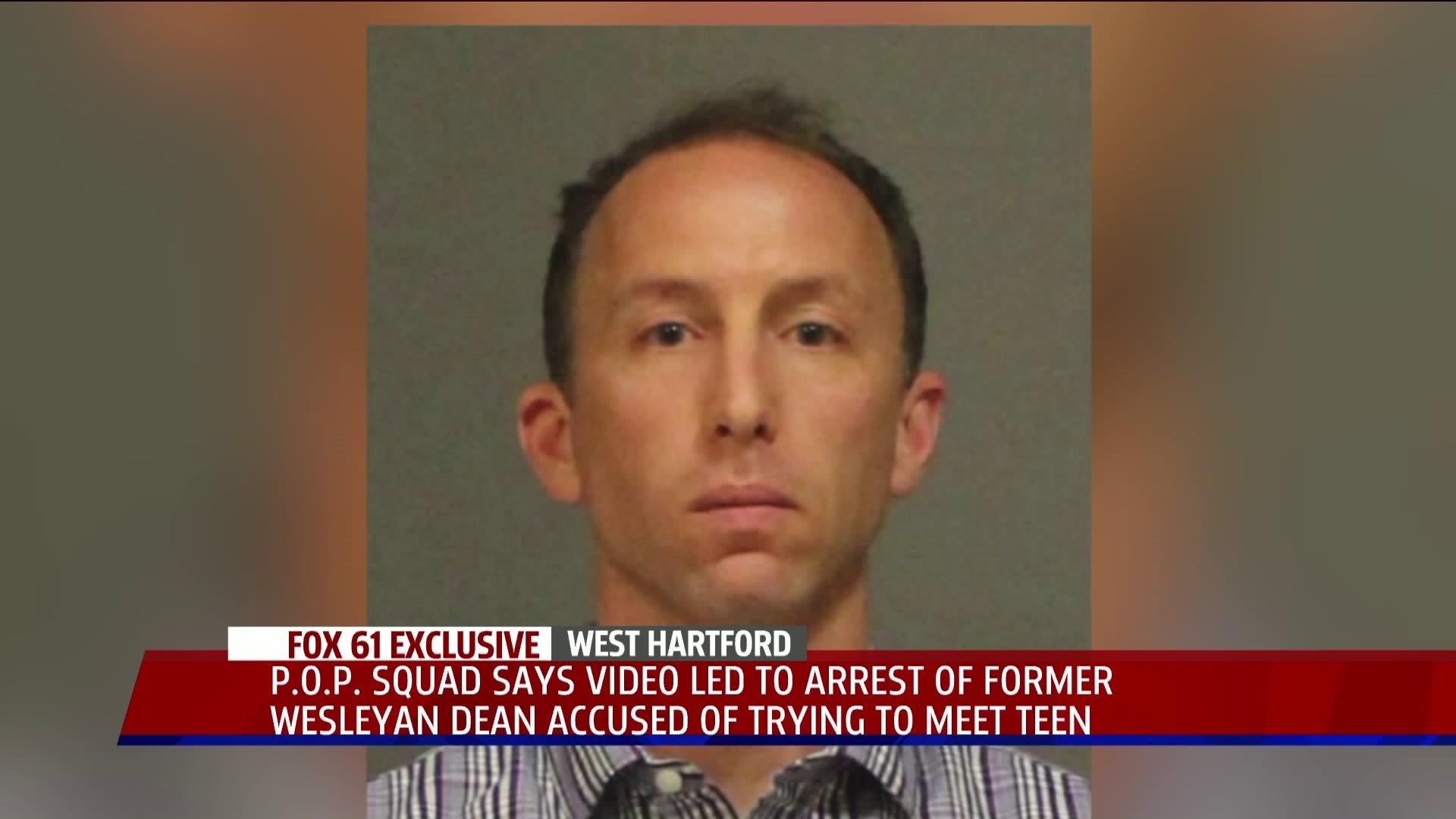 WEST HARTFORD -- Police arrested a West Hartford man, who was the subject of a Boston Globe investigation last fall, on charges he tried to arrange to have sex with a minor.

On February 7, West Hartford Police started investigating Scott Backer after getting a complaint that he tried to arrange to have sex with a minor who he was planning on meeting at a Walmart in Cromwell.

Police said: "Backer used his cell phone via an app 'Yik Yak' to speak with the minor. The minor in question was in fact an adult male, who posed as a 15-year-old girl on-line. The adult male confronted Mr. Backer on January 12, 2017 at Walmart in Cromwell, where he video taped the encounter questioning Mr. Backer as to why he was there to have sex with a minor."

The group POPsquad, which stands for Prey on Predators, recorded Backer in January and brought that recording to police who investigated.

In October 2016, The Boston Globe wrote about Backer, saying he was an assistant dean at Vermont Academy. Backer was fired "in 2007 for allegedly propositioning a 16-year-old female student in lewd text messages," said the article. Backer later was hired at Wesleyan University in Middletown, where he oversaw student sexual misconduct hearings, according to the Globe. He left Wesleyan last year.

Backer, 39, was arrested Monday and was charged with use of a computer to entice a minor to engage in sexual activity.  His bond was set at $150,000.

He currently lives near a West Hartford elementary school.