WEST HARTFORD —  Police have made an arrest in connection to a fire at a West Hartford condo complex early Tuesday morning. West Hartford Police Department said... 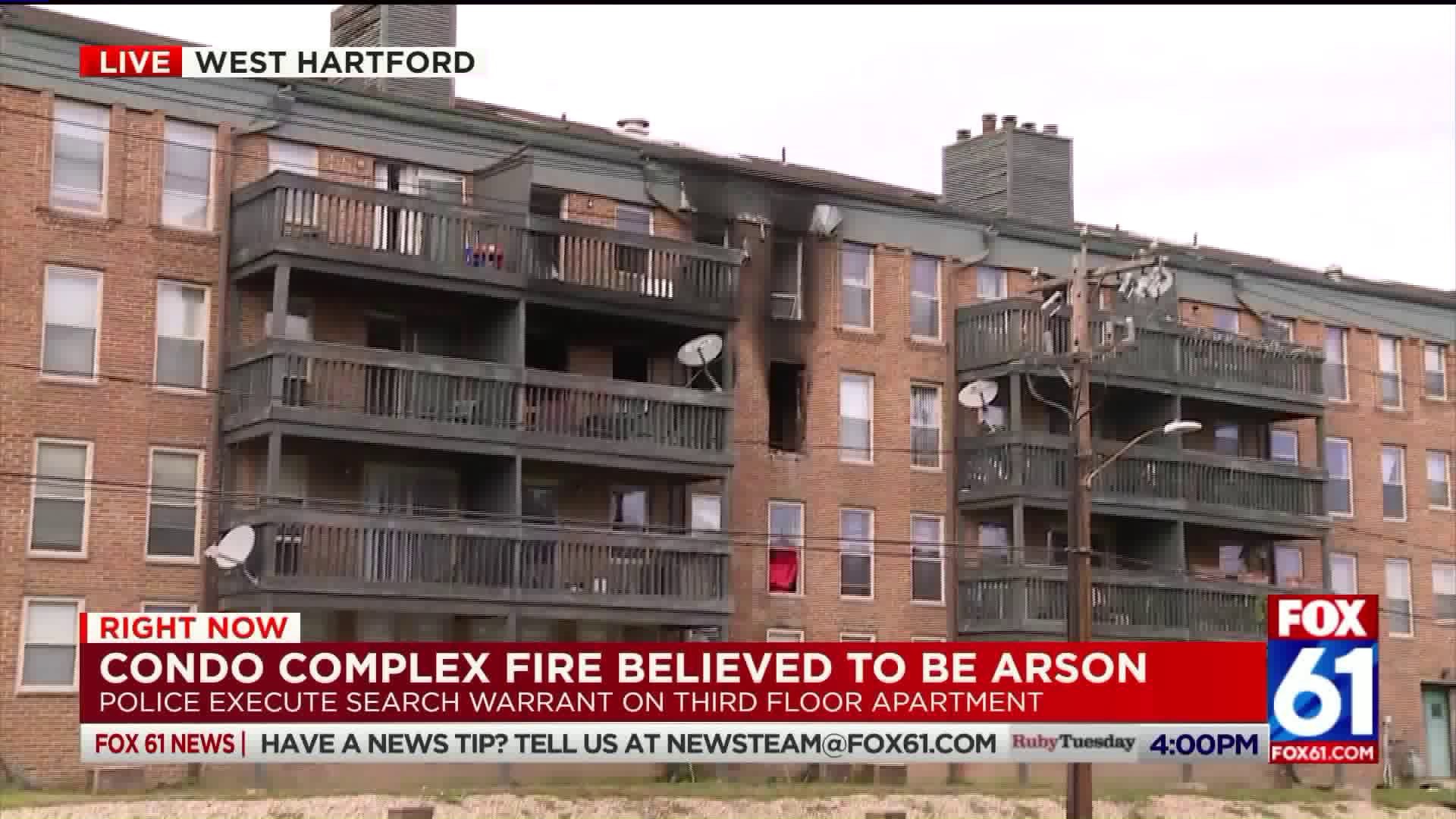 WEST HARTFORD —  Police have made an arrest in connection to a fire at a West Hartford condo complex early Tuesday morning.

Resident Maritza Cruz said a man, “Lit a can of gas on fire in his home and that’s what blew up the whole thing.”

Police guarded the gas can all day. At one point a police dog appeared to hit on it as object of interest. At 3:15PM, the can was photographed and taken away as evidence.

Residents of the condo complex were shuttered awake at 2:30AM. They tried to get their neighbors out.

Battalion Chief John Sokolowski of West Hartford Fire Department said, “As they were walking out they were knocking on doors just letting people know hey the fire alarm is going off.”

This intense flames rapidly spread. Resident Wonnell Bryant said, “It scared me. Don’t get me wrong. As we got further down you could smell it. And then. You could hear it. I said oh my God this building is on fire for real.”

No one was hurt, but 10 units were damaged.

“When we came out the fire did not look really pretty. We were hoping that it didn’t spread to any more apartments but I see the whole side is down. I’m glad I was in the other side and I’m just glad that nobody got hurt,” said Cruz.

Residents spent most of the day without power. Disaster restoration trucks were on scene along with the Red Cross to help families with children get back on their feet.

John Basso of the American Red Cross said, “We brought teddy bears with us. Anything we can to try and make them feel more comfortable.”

“One of the local elementary school principals actually came by to talk to some of the families.”

The complex is no stranger to fires. A blaze in 2016 critically injured three people.

In addition to the gas can, detectives also bagged and took away a smoke detector.