HARTFORD — A man accused of setting fire to a West Hartford condo complex went before a judge Wednesday. It was also the first look at the arrest warrant detail... 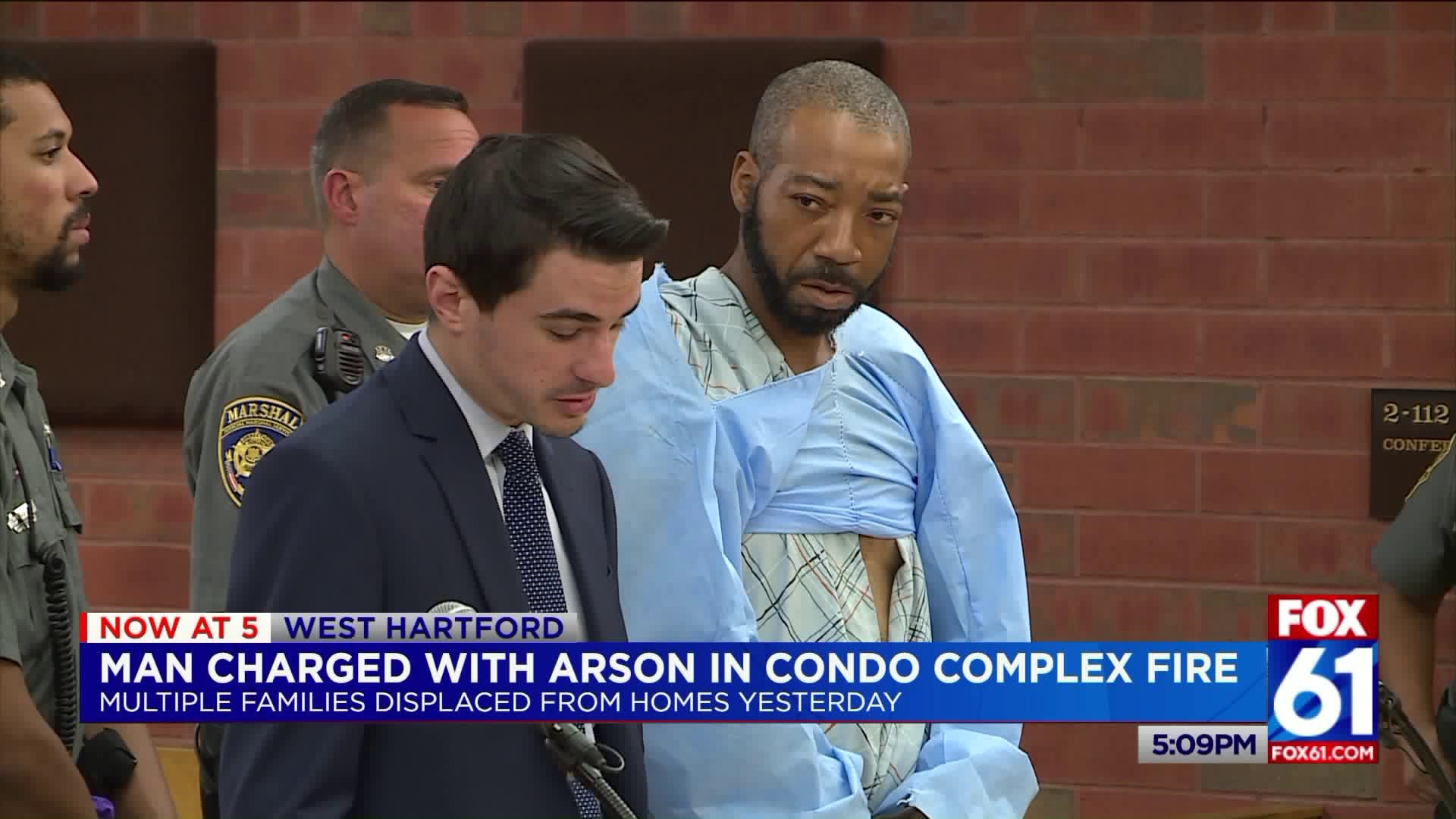 HARTFORD — A man accused of setting fire to a West Hartford condo complex went before a judge Wednesday.

It was also the first look at the arrest warrant detailing how investigators put the pieces of the arson investigation together.

Suspect, 38-year-old Daigin Mosby seemed confused when they asked him if he understood his rights. He’s charged with arson and reckless endangerment for the fire at 100 Kane Street in West Hartford. That’s the condo complex where Mosby lived on the 3rd floor in unit C7.

“His last conviction was 2010. Operating under the influence, promoting prostitution, violation of probation,” said the State’s attorney.

“I would ask that your honor credit Mr. Mosby with that almost lack of a record,” said the public defender.

We learned Mosby is a veteran with a history of mental health issues.

“Additionally I would ask your honor to credit the fact that he has served in the U.S. Army.”

FOX61 obtained his arrest warrant. It details how Mosby allegedly set the fire in his bedroom and escaped, but locked the door to his condo. The resident below heard footsteps, woke up, saw a gas can fall past her window, smelled smoke and called 911.

Residents told police they smelled lighter fluid in the hall for about two days.

Investigators say Mosby used a gas can to set the fire. They found matches and a lighter in his condo. They say he showed signs that he was under the influence of narcotics. Citing a danger to the public, Mosby’s bond was set at $500,000.

He will he back in court next on September 16th.