WEST HAVEN — As the 20th day of the partial government shutdown comes to a close, a West Haven man wonders what he will do without his paycheck. The shutd... 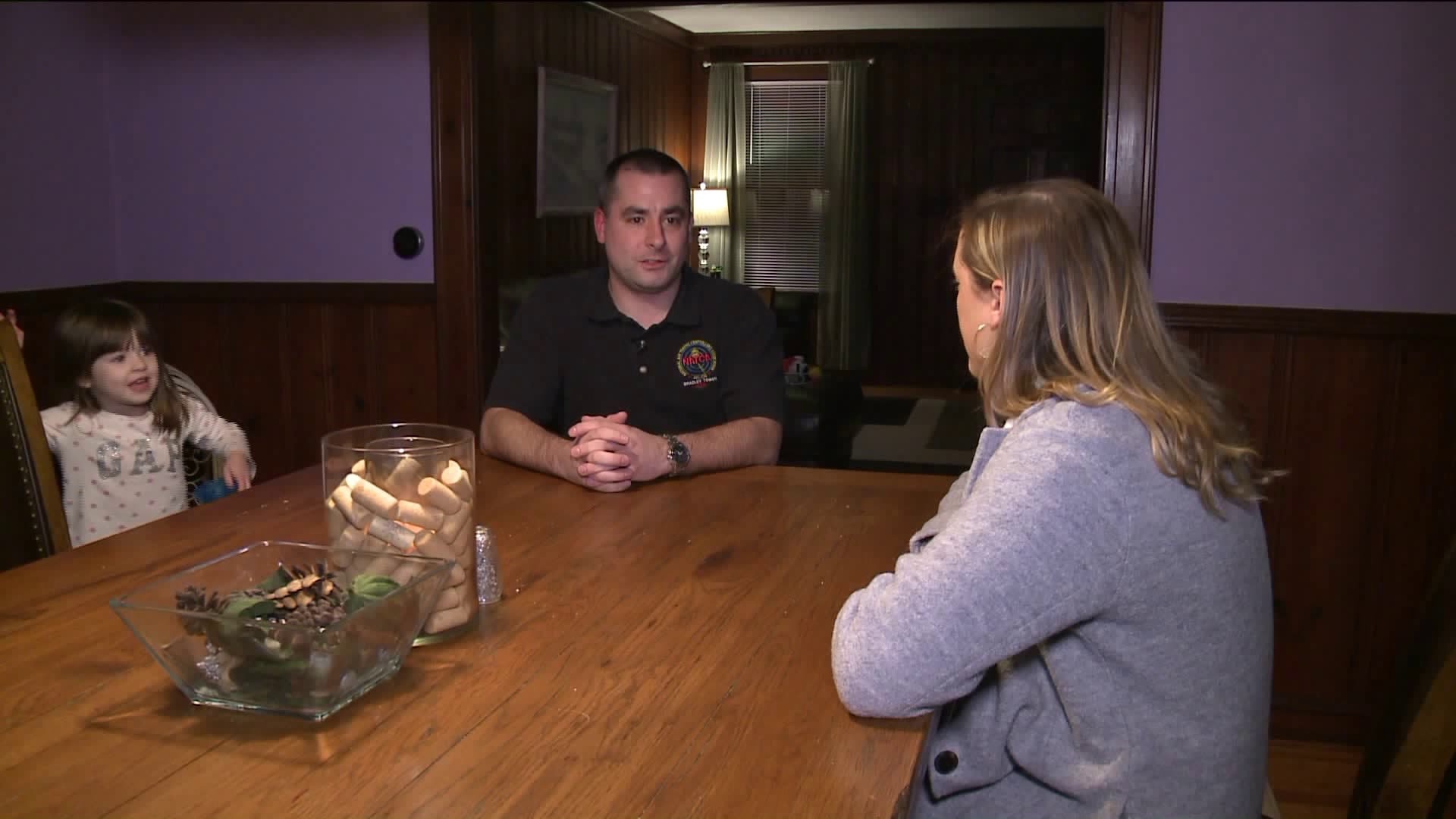 WEST HAVEN -- As the 20th day of the partial government shutdown comes to a close, a West Haven man wonders what he will do without his paycheck.

The shutdown is just hours away from breaking a record for the longest government shutdown in United States history, and it is impacting more than 800,000 federal employees. That includes Bryan Krampovitis, an air traffic controller at Bradley International Airport, who is the sole financial provider for his 3-year-old daughter, Savannah. He has been going to work everyday but is not getting paid. On Thursday, he received his paystub, which showed that he received $0.00.

“For your paycheck to show up and be for nothing, it’s really tough,” said Krampovitis. “I can’t pay bills with IOUs.”

Krampovitis is budgeting for what President Donald Trump has suggested could be a years-long government shutdown.

“Can I risk spending this money when I don’t know if the government’s gonna be open in a week, a few weeks, months or even a year?” Krampovitis wondered, as his young daughter sat nearby, snacking on Pepperidge Farm Goldfish.

“I have a reserve of probably a month or maybe a little less and then after that, I don’t know,” he said.

“We will build a wall. Mexico is going to pay for the wall.” President Donald Trump campaigned on this promise. But, now, just hours away from breaking a record for the longest government shutdown in United States history, Trump is not backing down as democrats refuse to fund his border wall.

"I hope that the Democrats get together and work on a problem that's truly ... it's compassion,” said Trump. “It's everything. It's also national security.”

“Open up government,” said House Speaker Nancy Pelosi. “Let’s have this discussion on where we can agree on the best ways to protect our borders.”

Krampovitis says for him, this is not about the wall.

“It’s not a political opinion for us,” he said. “It’s just a matter of, we’re going to work everyday and we should get compensated and paid for that.”

With democrats refusing to fund the wall and Trump not backing down, many people say they do not expect the government to open anytime soon.

“I think it’s gonna go a little longer because of his ego getting in the way,” said Gary Michaud of Wallingford. “He has the right intentions as far as the illegals go but this was a country built on immigrants.”

Trump has suggested the shutdown could last for months or even years.

“This is just one part of a bigger problem,” said Sonja Rezendes of Wallingford.