UPDATE – Gabby has another surgery scheduled for Tuesday. Doctors are trying to get her to the point where she can fully breathe on her own. Her eldest si... 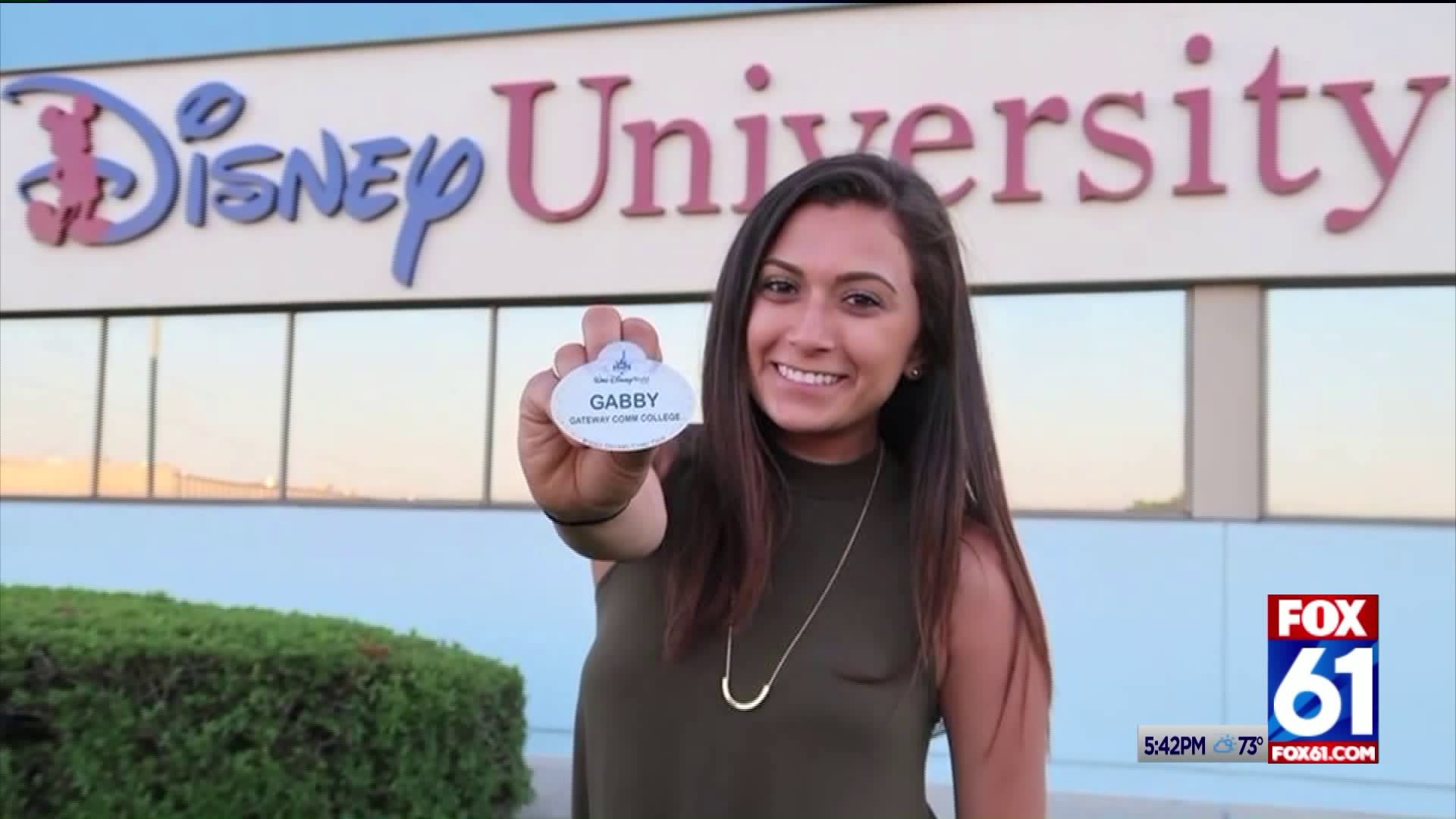 UPDATE - Gabby has another surgery scheduled for Tuesday.

Doctors are trying to get her to the point where she can fully breathe on her own.

Her eldest sister, Amanda, says “We are so grateful to everyone showing love and support. We are truly blessed.”

WEST HAVEN - A 22-year-old West Haven woman was realizing her dream, through an internship with Disney, in Orlando, when her dream came to a crashing halt last weekend. And, now her family is trying to muster some magic on her behalf.

Gabby Murillo earned her Disney internship through Gateway Community College, where she's a student. She had been in Orlando for the past month. But, her family received a terrifying call last weekend.

"She is obsessed with Disney," said Gabby's sister, Jennifer, with her other two sisters laughing in agreement. "She’s been trying to get in to this college program for probably four years. And, when she got that acceptance letter, we were over the moon for her."

But, the life of the always bubbly, upbeat Gabby Murillo changed in an instant, while stopped at a red light in a car her friend was driving last Saturday night in Orlando.

"They were hit at full speed by a drunk driver," Jennifer Murillo told FOX61. "He actually fled the scene. The cops, luckily, were able to catch him."

Gabby Murillo was paralyzed from the neck down.

In just a day and a half, a GoFundMe page created to defray what will be a mountain of medical expenses had raised over $61,000. A customized van for Gabby will cost at least $50,000, according to Jennifer Murillo.

"I do believe in the power of prayer," said longtime Murillo family friend and neighbor Heidi Delaker

Still, the news crushes the neighborhood Gabby has grown up in.

"Our little street here, we are very close," Delaker said. "We, we stick together and we are like family and Gabby is family."

The Murillo family is humbled by the support, including from those who don't know Gabby.

"I know my parents they are so grateful for every little message that you are sending to Gabby," said Jennifer Murillo. "They read them to her."

Her sisters all had messages of encouragement for the youngest of four girls.

"Don’t give up," said Gabby's sister Cassandra Murillo. "We, we are not going to give up on you. So just keep moving forward and keep the positive thoughts up."

Welling up, with tears, Gabby's oldest sister, Amanda Maurutis, said, "We have your back and all of the community that has been there and supported you and loved you (does too) and you got this."

Jennifer Murillo looked into the camera and told her sister "Where there’s a will, there is a way. And we’re going to get you back to walking and moving your arms. I am I’m positive about that."