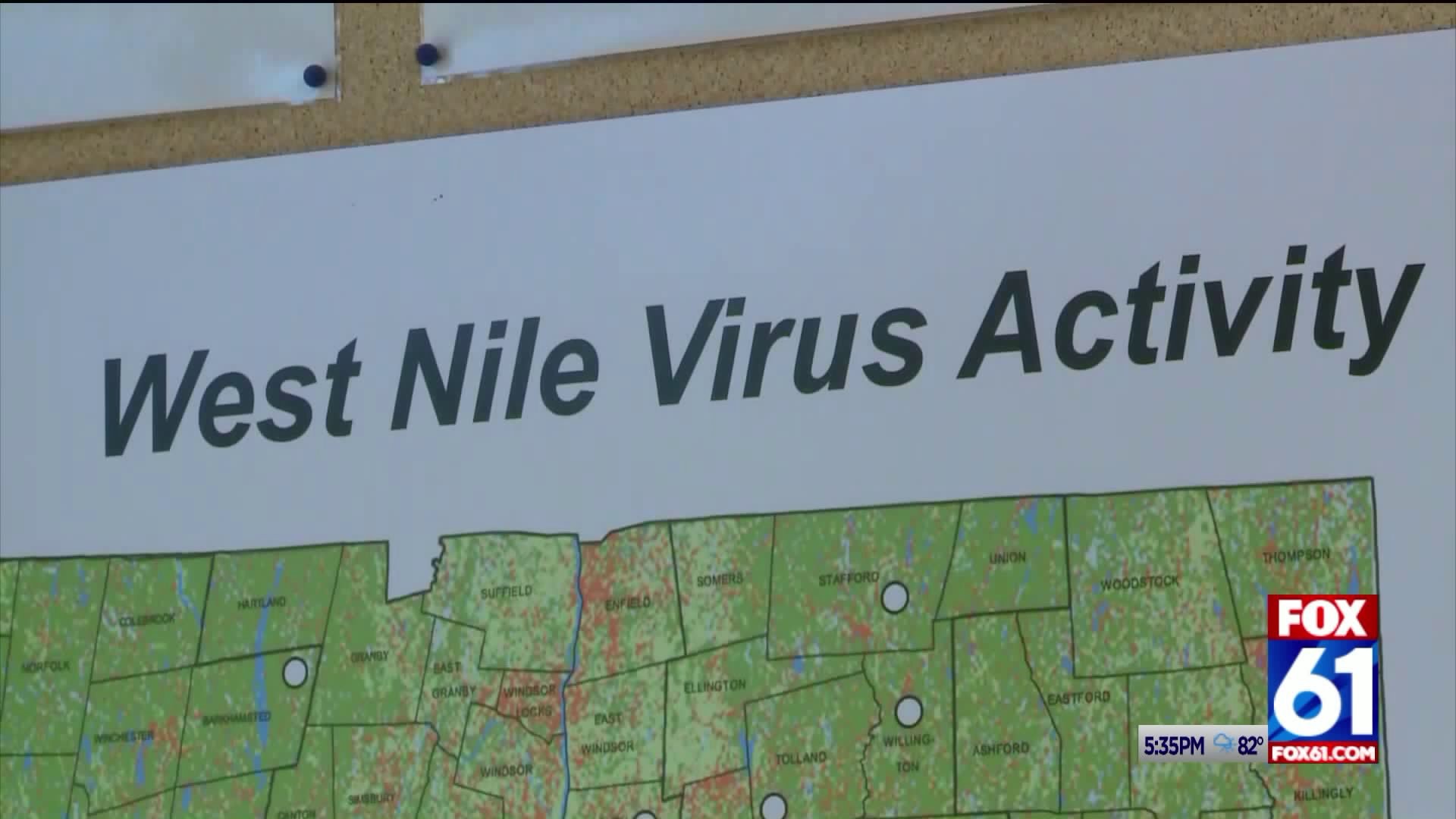 EAST HAVEN -- West Nile virus has been detected in Connecticut for the first time this year.

Philip Armstrong the director of the mosquito trapping program here in Connecticut told us West Nile virus is usually detected earlier in the season, but theres still plenty of time to see more cases.

Most people believe their highest chance of getting bit by a mosquito that’s carrying west nile is in the woods, but Armstrong told us that’s not actually the case.

What you may find a be a shocking statistic experts say more people die from mosquito borne illnesses than they do from any other form of animal attack.

“Not in terms of mosquitoes we worry about ticks a lot hearing things expect especially with her so if I’m protecting ourselves from that,” said Brianne Cronk of Stratford.

While it’s currently not an issue here in Connecticut another Mosquito borne illness you need to look out for is Eastern equine encephalitis it’s been detected in south eastern Massachusetts.

While West Nile is often times detected in the most populated urban areas, Armstrong told us EEE is the opposite. The last time it was detected here in Connecticut was in 2013 in the south eastern part of the state.

The best way to protect yourself from any form of mosquito borne illness is to wear long sleeves, long pants and use repellent that has deet.