WESTPORT- A large sewage leak, into the Saugatuck River in Westport over the weekend, kept beaches closed for a third day Monday. While the Westport Fire Depart... 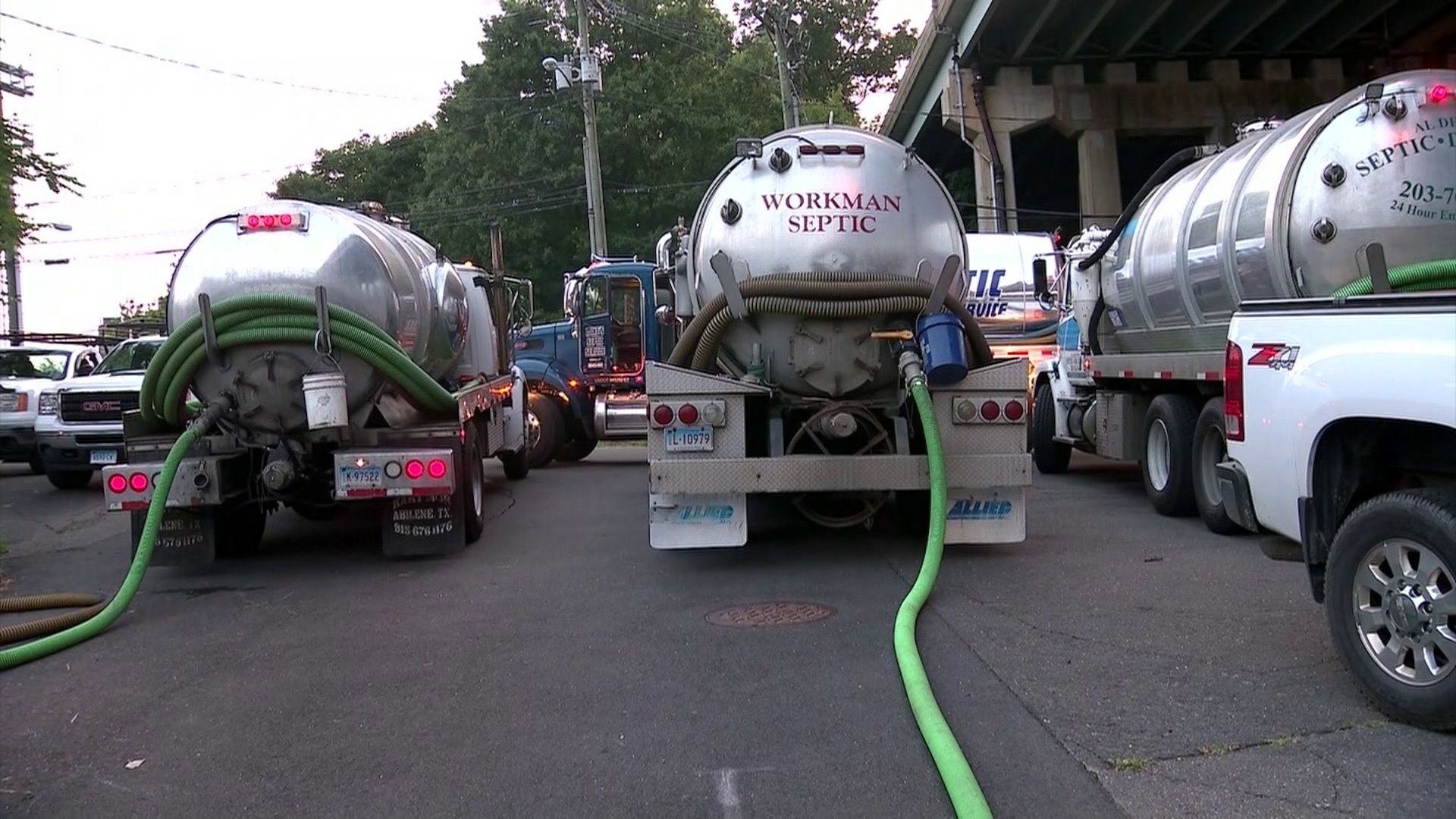 WESTPORT- A large sewage leak, into the Saugatuck River in Westport over the weekend, kept beaches closed for a third day Monday.

While the Westport Fire Department marine unit was training on the Saugatuck River Saturday, a passerby noted a strong smell and the appearance of water bubbling up from the river.

So, the Westport Public Works was immediately notified.

“They were able to shut the pumps off,” Cohen notes. “They followed that up by isolating the zone valves to try and restrict the flow as best they could.”

A new sewage pipe had been installed beneath the river bed prior to this leak from the old pipe.

So, while they’re waiting for the new, permanent pumps to be delivered, Public Works switched the sewage delivery to the new pipe and installed temporary truck mounted pumps, which will keep it flowing until the new pumps are delivered sometime over the next two weeks.

Because the Saugatuck River is a navigable waterway, Cohen said, “We notified the Coast Guard. Connecticut DEEP was notified to respond as well as the Health Department, Shellfish Commission and the Department of Agriculture.”

This river is very rich in oysters that are commercially grown, Cohen said.

Swimming in the river and at beaches in Norwalk, Westport and Fairfield has not been permitted since Saturday.

“We were very disappointed,” said Talor Hadadan of New Jersey, who was at Compo Beach. “I brought my friends for the first time. So, they were like a little shocked here.”

But, no swimming doesn’t mean no fun.

“I like you can collect shells or rocks or like play with sand,” said little Chase Kurtz of Ridgefield.

The water samples collected in Westport, Norwalk and Fairfield were sent to the state lab for testing Monday morning. Results are expected Tuesday morning.

According to Westport Public Works, this sewage line that ruptured services 30 percent of the town.