NEW HAVEN — For several decades, Make A Wish Connecticut has partnered with Yale-New Haven Children’s Hospital and Friday the teamed up to surprise ... 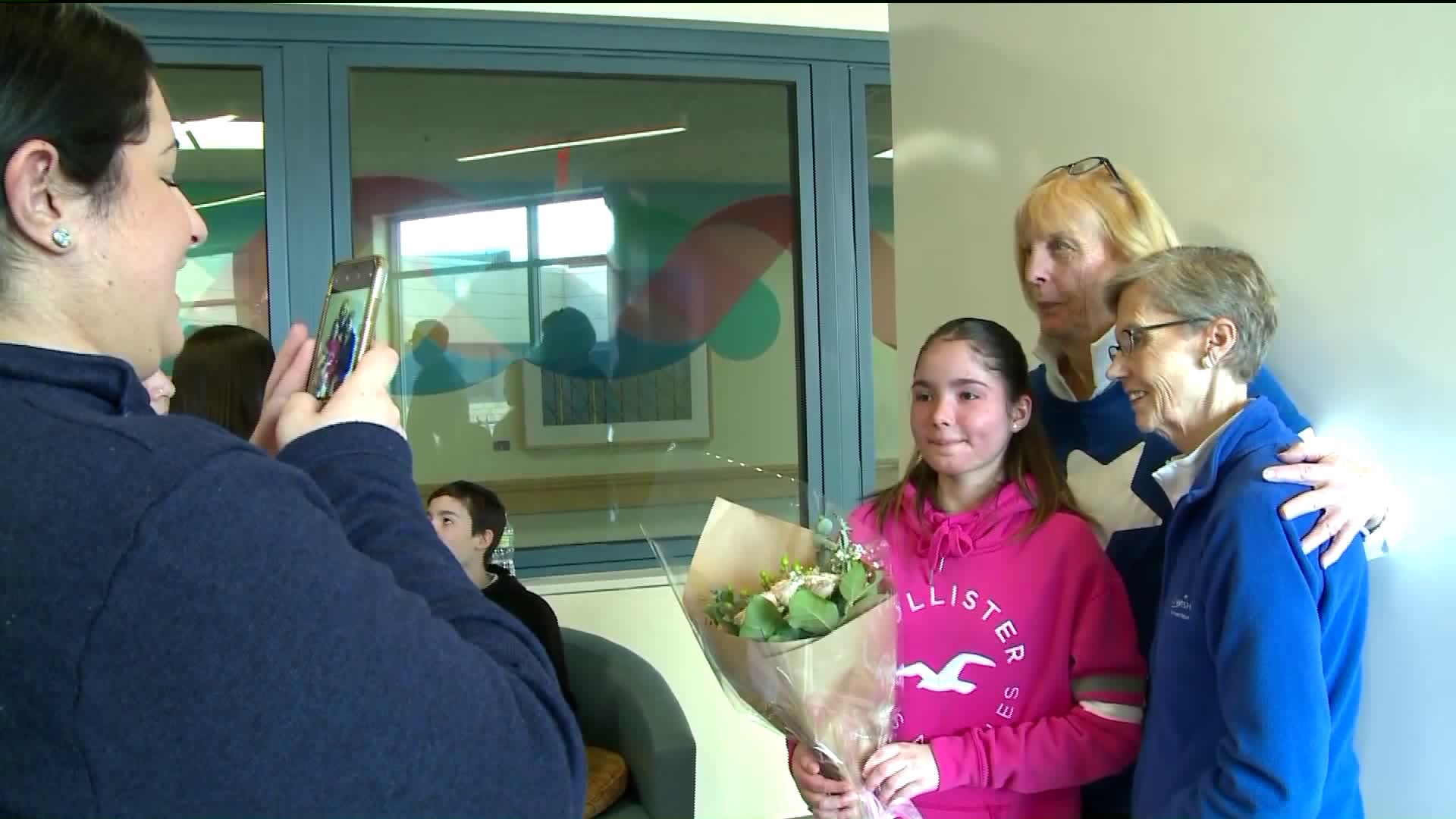 NEW HAVEN -- For several decades, Make A Wish Connecticut has partnered with Yale-New Haven Children's Hospital and Friday the teamed up to surprise three patients.

from Bridgeport, battling an autoimmune disorder, was a first up to tear open a big box.

She was granted a trip with her family to Walt Disney World.

"This means that I could forget about my disease for one day and get a week to spend time with my family," said the 8th grader.

Next up: 17-year-old Austin Salafia, from East Lyme, who was in a wheelchair, having been weakened by lymphoma.

"This cancer has a 90% chance of a secondary cancer, but, he has beaten every shot there is. So, we’re going to keep going," said Austin's mother, Laura Salafia.

"I am going deep-sea fishing in Turks and Caicos," Austin said  to cheers.

And for Aaron Cusson, a 15 year old from Westbrook, who has battled a brain tumor, his ship has come in.

"We are going on a Caribbean cruise to Belize, Honduras and Mexico," he said, looking stunned.

He and his family also found out that he is cancer free.

Today's presentation of the wishes was inspiring to Aaron.

"It makes me more motivated than I was before to start doing more for like charities and all that," he said.

Many assume only those with terminal conditions can apply to have wishes granted, but that's not the case anymore.

Over the last five years, Yale-New Haven Children’s Hospital has referred some 450 patients to Make-A-Wish Connecticut.