With another deadly school shooting, SROs back in focus

MERIDEN – Another deadly school shooting, this time in a Colorado school, is yet another reminder to Connecticut communities about the value of SROs. If a... 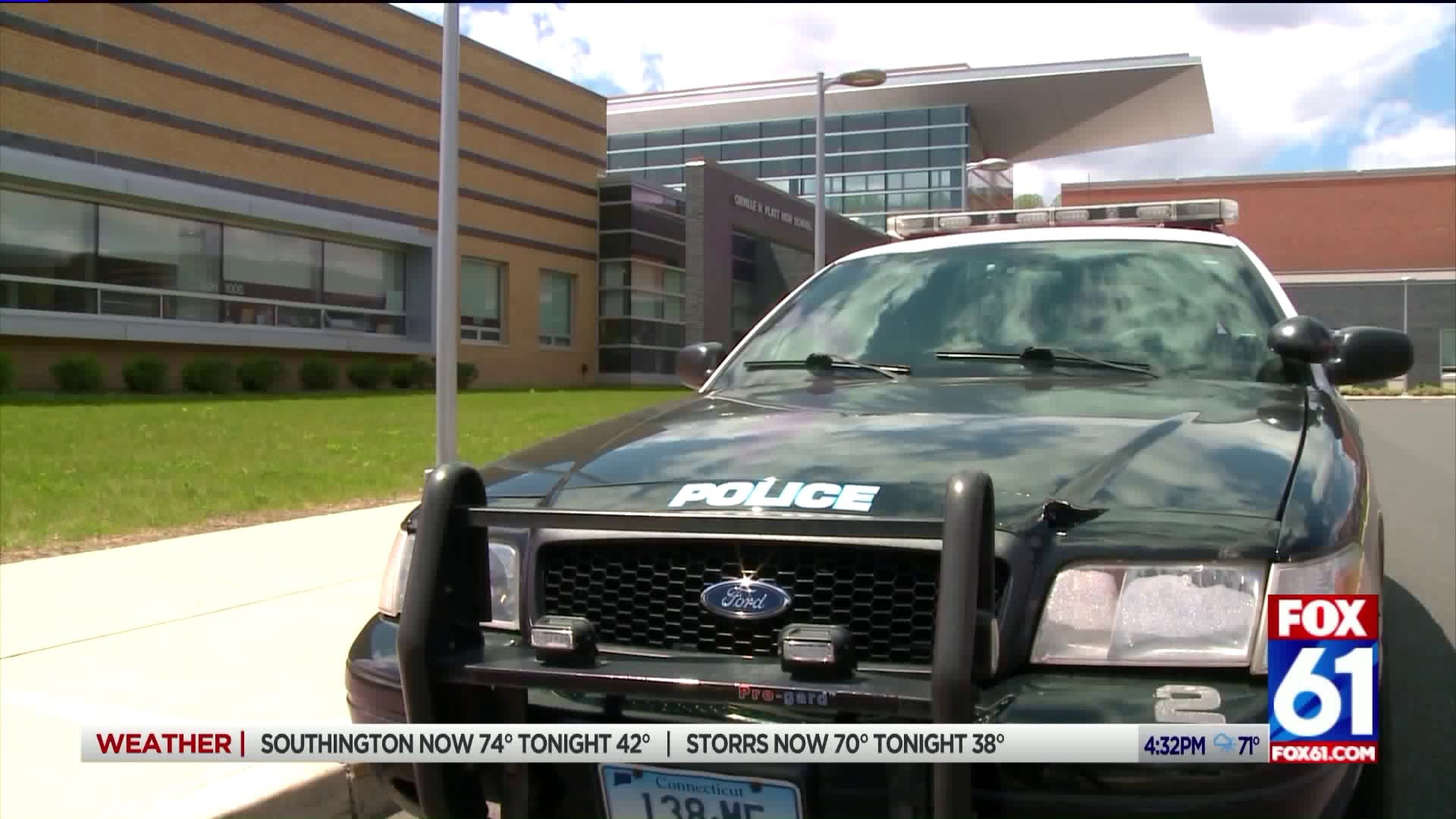 MERIDEN - Another deadly school shooting, this time in a Colorado school, is yet another reminder to Connecticut communities about the value of SROs.

If a community can afford to have school resource officers, the Principal at Platt High School in Meriden highly recommends it.

“He goes into classrooms and gives lessons on the value of SROs and what they’re really here for and he’s made a real connection with students,” said Rob Montemurro, Platt’s Principal.

“As far as being able to identify people with nicknames, to understand what situations are brewing and be able to find a mutual resolution before a problem to ever really becomes a problem is something that I believe our officers do a very good job at,” said Sgt. Chris Fry of the Meriden Police Department.

Montemurro has a relative, who graduated from Marjorie Stoneman Douglas High School, in Parkland Florida two gears ago - a year before 17 students and staff members were shot to death.

“I visited the school on vacation and it was, it was numbing, numbing to walk around and see all the banners up,” he said.

“If anything were ever to happen, certainly their presence gives us fresh information, new information in a quick, timely, accurate response,” said of another advantage of SROs

“Makes me feel that my daughter is safe,” Joselyn Campos said while picking up her daughter, an 11th grader, at Platt.

“It’s very important that we have more officers in the schools because it’s very sad what happened yesterday and if we don’t do nothing about it you know people are going to take it as a joke that is going to continue,” Campos continued.

It is now a felony offense in Connecticut to make a threat against any school.