NEW HAVEN — Emotions continue to flare after two police officers from Hamden and Yale, one of whom has  yet to be identified, fired at two people during an enco... 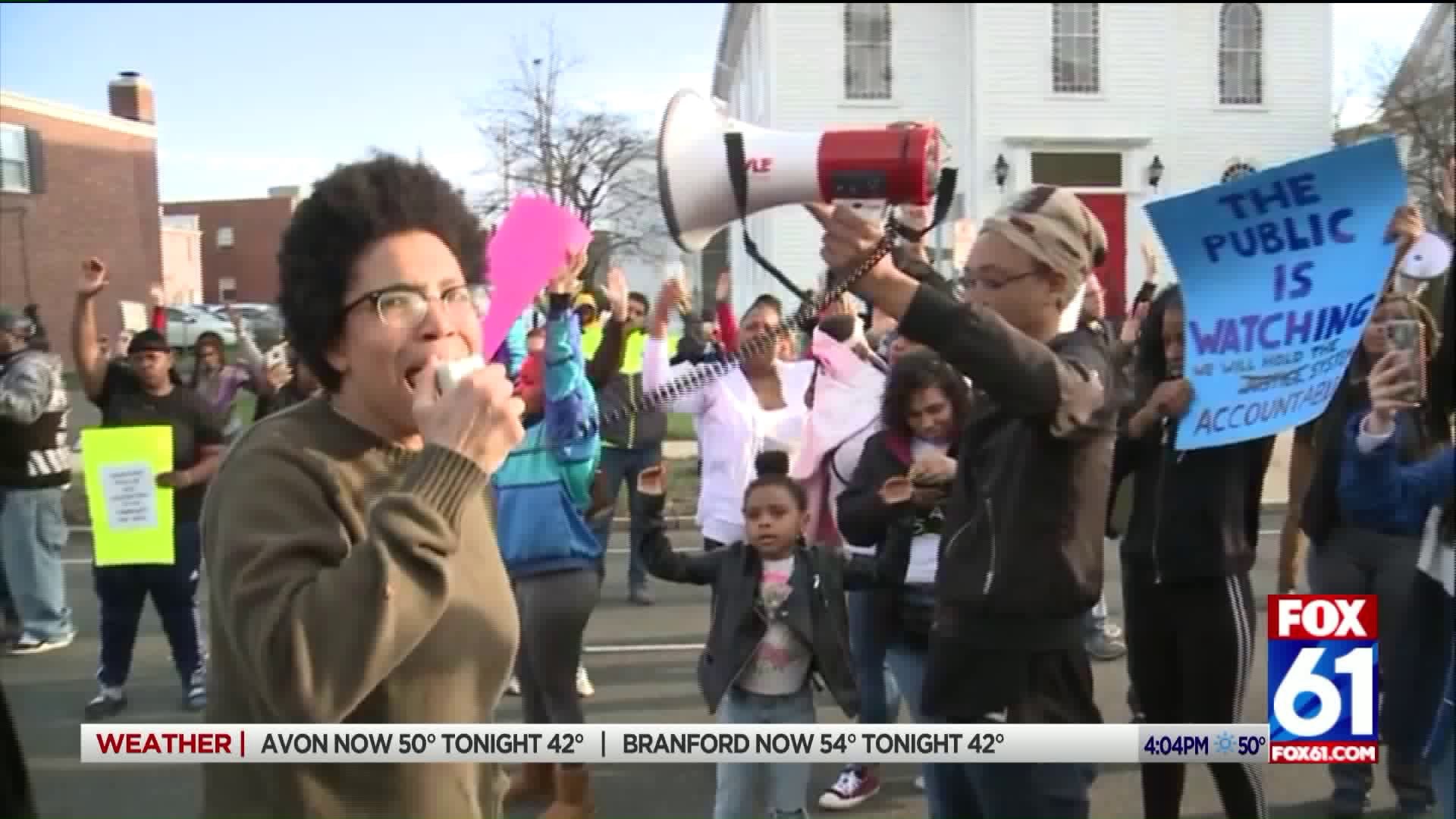 NEW HAVEN — Emotions continue to flare after two police officers from Hamden and Yale, one of whom has  yet to be identified, fired at two people during an encounter in New Haven.

The Hamden police officer involved in the shooting on Dixwell Avenue and Argyle Street in New Haven is identified as Officer Devin Eaton. Eaton has been placed on administrative leave.

“Good thing he didn’t kill her,” remarked Linda Campbell of New Haven. Stephanie Washington was shot almost directly underneath where banners hang of leaders in the black community, and where Justice For Stephanie and Black Lives Matter signs are a neighborhood marker for what happened on Argyle Street.

“He just started shooting like a crazy person,” said Campbell. Surveillance video shows a Hamden officer shooting into a vehicle. Yale Police opened fire too. Washington’s boyfriend, Paul Witherspoon was a suspect in an armed robbery. Police told us he didn’t obey verbal commands, but an eyewitness says the shots were fired prior. “The police screamed get out of the car get out of the car and the officer was shooting before anyone even said get out of the car,” explained Chris Moore.

Moore said he doesn’t trust law enforcement. “Police are too trigger happy. It doesn’t make me feel safe whatsoever.” He’s not the only one. “Snatched us out of the car. Whooped on me,” said Thomas Fragago of New Haven. Fragago claims Hampden Police followed him into New Haven. “I went to jail for a roach. A marijuana roach in the ash tray of my brothers car and they ripped the roach in half and charged us both with possession of marijuana.

”It’s an emotional situation. Residents, activists, community leaders and law enforcement are trying to find common ground and solutions. “They need to deal with that situation I think, right now,” said Campbell. Fragago added, “Start policing the police. Ask the police who they are hiring."

The leaders of the Black Lives Matter and Justice for Stephanie movement here in New Haven tell me on Monday they’ll be crossing town lines for themselves to march from New Haven into Hamden to send a message.