NEW LONDON — One of the suspects in the Griswold triple murders, Ruth Correa, gave a chilling account Tuesday of how she and her brother Sergio Correa brutally ... 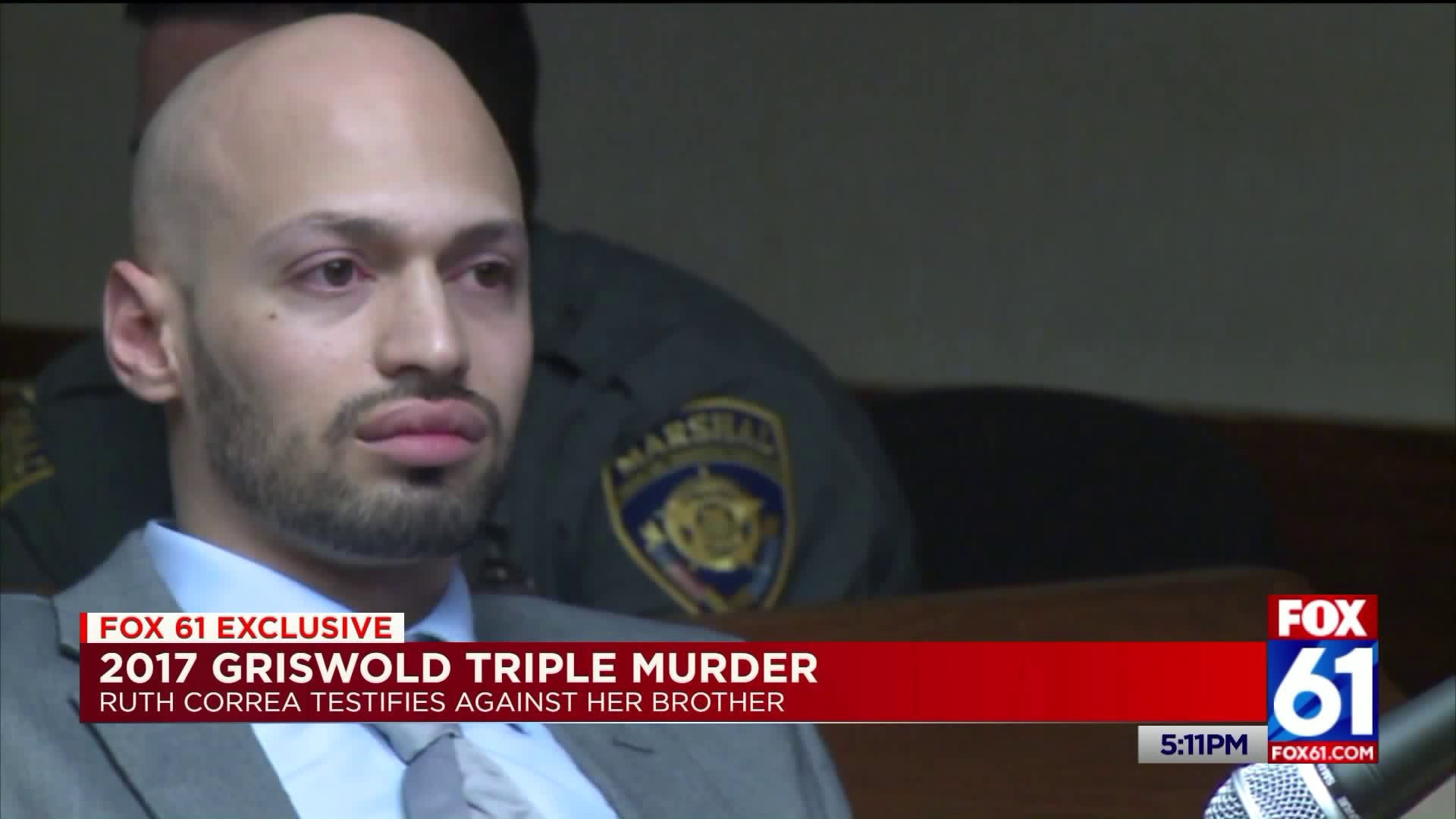 NEW LONDON — One of the suspects in the Griswold triple murders, Ruth Correa, gave a chilling account Tuesday of how she and her brother Sergio Correa brutally killed three members of the Lindquist in December 19th 2017.

Sergio Correa’s probable cause hearing is currently underway in New London to determine if the state can proceed with its charges against him.

Ruth agreed to testify against her brother in hopes of receiving a lesser charge in her case. The siblings are both facing murder with special circumstances, which carries a life without parole sentence, as well as three felony murder charges among other charges.

During questioning, Ruth explained the night began when her brother Sergio asked her to take a ride to Griswold to meet someone she later identified as Matthew Lindquist.

But Ruth testified after meeting up with Matthew, he became nervous and jumped out the car.

“He chases after him and hit him with a machete," Ruth said.

She explained she followed her brother and Matthew into a wooded area where the two stabbed Matthew several times, “I couldn’t see it but I could smell it,” Ruth said while describing the amount of blood.

The two left Matthew there covered in debris, then proceeded to the Lindquist home with a baseball bat and golf club in hand. According to Ruth, she and her brother entered the house through an unlocked door in the basement. That’s where Sergio unsuccessfully attempted to open the gun safe before heading upstairs.

Ruth said Kenneth Lindquist must’ve heard the noise and woke up and confronted Sergio. She also described the family dog came towards her and she hit the dog with the gold club but denied ever hitting Kenneth, when asked by the defense.

“He went towards Sergio and they started going at it,” Ruth said.

When asked what going at it meant, Ruth said to prosecutors a struggle began which involved Sergio hitting Kenneth Lindquist, who was unarmed, with the baseball bat.

That’s when Ruth said Janet Lindquist heard the commotion and came out to find out what was happening. According to Ruth, her brother told her to take Janet to the other room.

Ruth described the gruesome details of the torture Janet and Kenneth Lindquist went through at what she said were mostly at her brother’s hands.

With the two assuming Janet and Kenneth are dead, Ruth testified that Sergio then told her to find something flammable. They then loaded the car with items they took from the Lindquist home including Christmas gifts, a laptop and heated blankets, before setting the house on fire.

Ruth’s agreement with the state is for her to testify truthfully throughout the duration of the case. In exchange, the state will consider taking away the murder with special circumstances which carries life without parole and recommend 40 years when she is sentenced.

The defense is expected to resume their questioning Wednesday morning.