Women’s Day at The Travelers Championship

CROMWELL — It was another successful Women’s Day at the Travelers Championship. The event was sold out with more than 700 attendees coming up to hea... 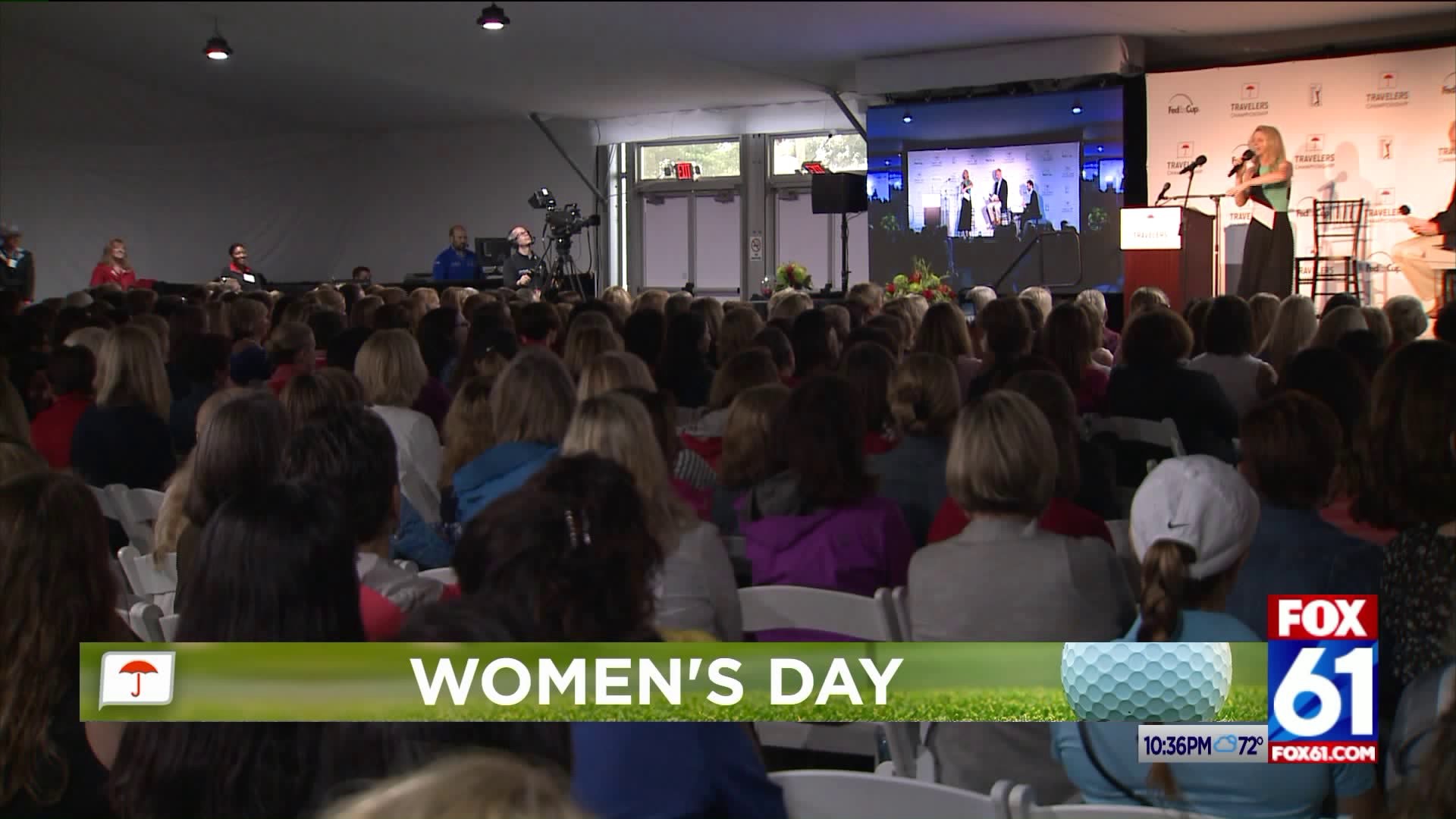 CROMWELL -- It was another successful Women's Day at the Travelers Championship.

The event was sold out with more than 700 attendees coming up to hear journalist, Margaret Brennan, Broadway star, Kelly O’Hara, speak. Both women speaking about how they achieved so many of their successes, their messages encouraging women to chase their dreams, and never give up.

Their messages were supported by the folks at Travelers who say Women's Day is an event they are happy to support.

"Travelers is so supportive of women in their professional development," said Vice President of Travelers, Courtney Larkin. "I know yesterday one of my great colleagues had a hole-in-one at the Pro-Am as an amateur, and she standing there with a professional golfer, and he had never seen an amateur do it! It's just a wonderful week for us and we’re just so excited!"

Larkin says Travelers also takes pride in hiring and mentoring interns, and the interns say it is an opportunity they are thankful for.

"It’s really nice to see what used to be a male dominated sport giving the opportunity for women to get their foot in the door, and kind of show America what women are about," said Travelers Intern, Rachael Krawiecki.

"Support each other, help each other," said Travelers Intern, Liz Kindt. "At Travelers I know that’s a really big important part to them, and that really means a lot to us."

Women who attended the Women's Day event say they are happy to see folks coming together to support one another.

"I think that it’s more important than ever for women to support and empower each other and also to become part of the community," said first time attendee, Monica Guinn of Glastonbury.