NORTH HAVEN —The teamsters local union and some workers at XPO are on strike over what they’re calling unfair labor practices. A consolidated complaint fi... 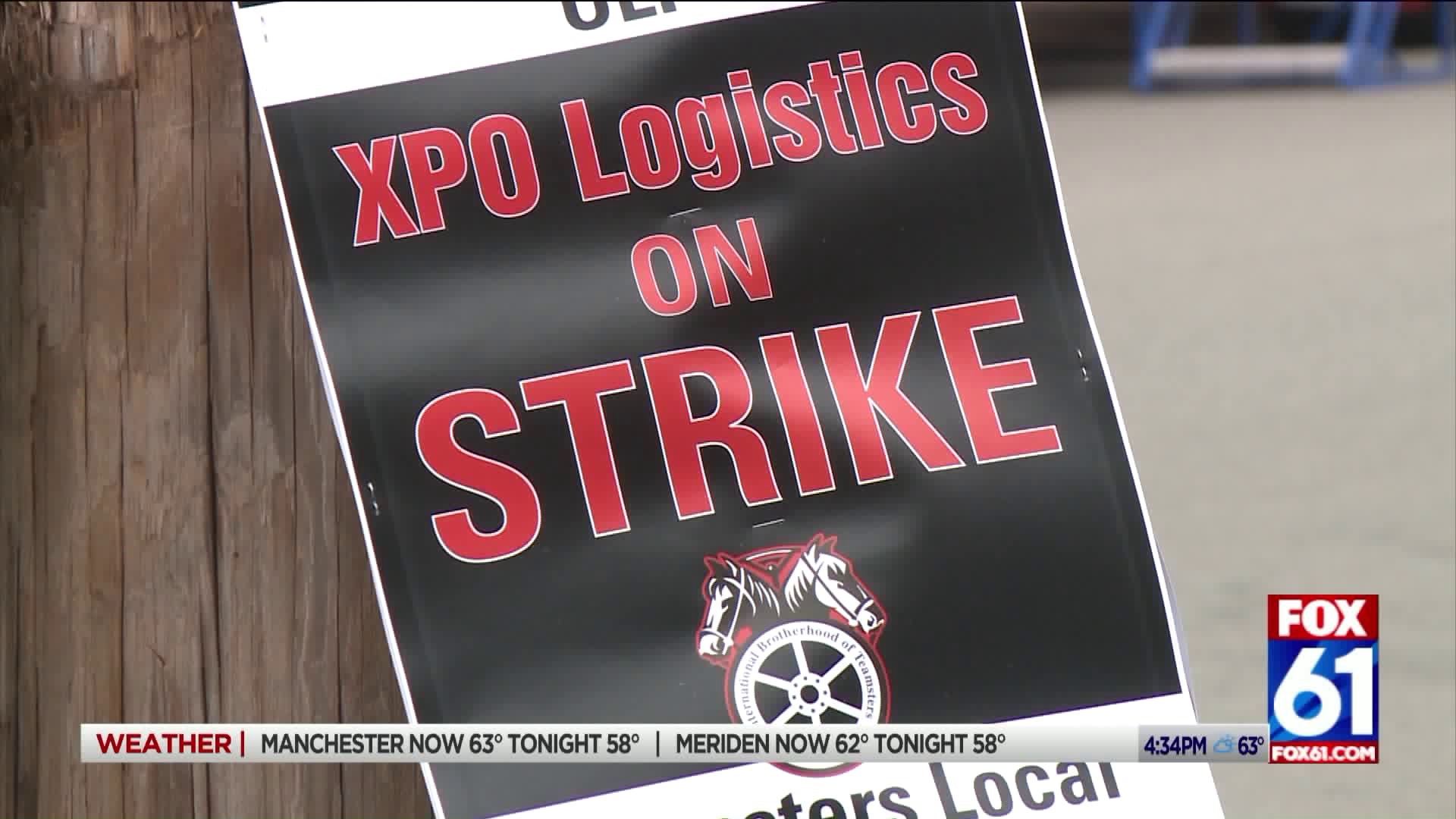 NORTH HAVEN --The teamsters local union and some workers at XPO are on strike over what they’re calling unfair labor practices. A consolidated complaint filed at the National Labor Relations Board alleges that management at the XPO Logistics facility in North Haven threatened and disciplined employees because of their association with a union.

"We don’t want to continue to go to meetings of promises and promises to not see any change," says Norma Martina, an XPO employee. "I’m not saying they don’t try, because, yeah, they try but we don’t see any advance; nothing."

And the employees who say they want representation, say XPO is discriminating them for it.

"[L]oss of overtime as a threatening tool, lots of upgrades, not been picked for certain positions; it’s going to be an interesting day in court," says Tullock.

XPO has sent a statement to FOX61. They say:

We respect the Teamsters’ right to demonstrate. However, our US employees have overwhelmingly rejected unions. In the very few locations where employees have opted for representation, we’re engaged in good-faith negotiations.

To date, according to Good Jobs First, a national violations tracker, the complaints filed against XPO between 2016 and 2018 are nothing new.  XPO has been the subject of a number of lawsuits, National Labor Relations Board, and Equal Employment Opportunity Commission complaints since they acquired 17 companies worldwide between 2012 and 2015.

There is a hearing regarding this complaint in front of an administrative law judge at the National Labor Relations Board in Hartford on August 20.