BOSTON — A former women’s soccer coach at Yale University pleaded guilty Thursday to taking hundreds of thousands of dollars in bribes in exchange for pre... 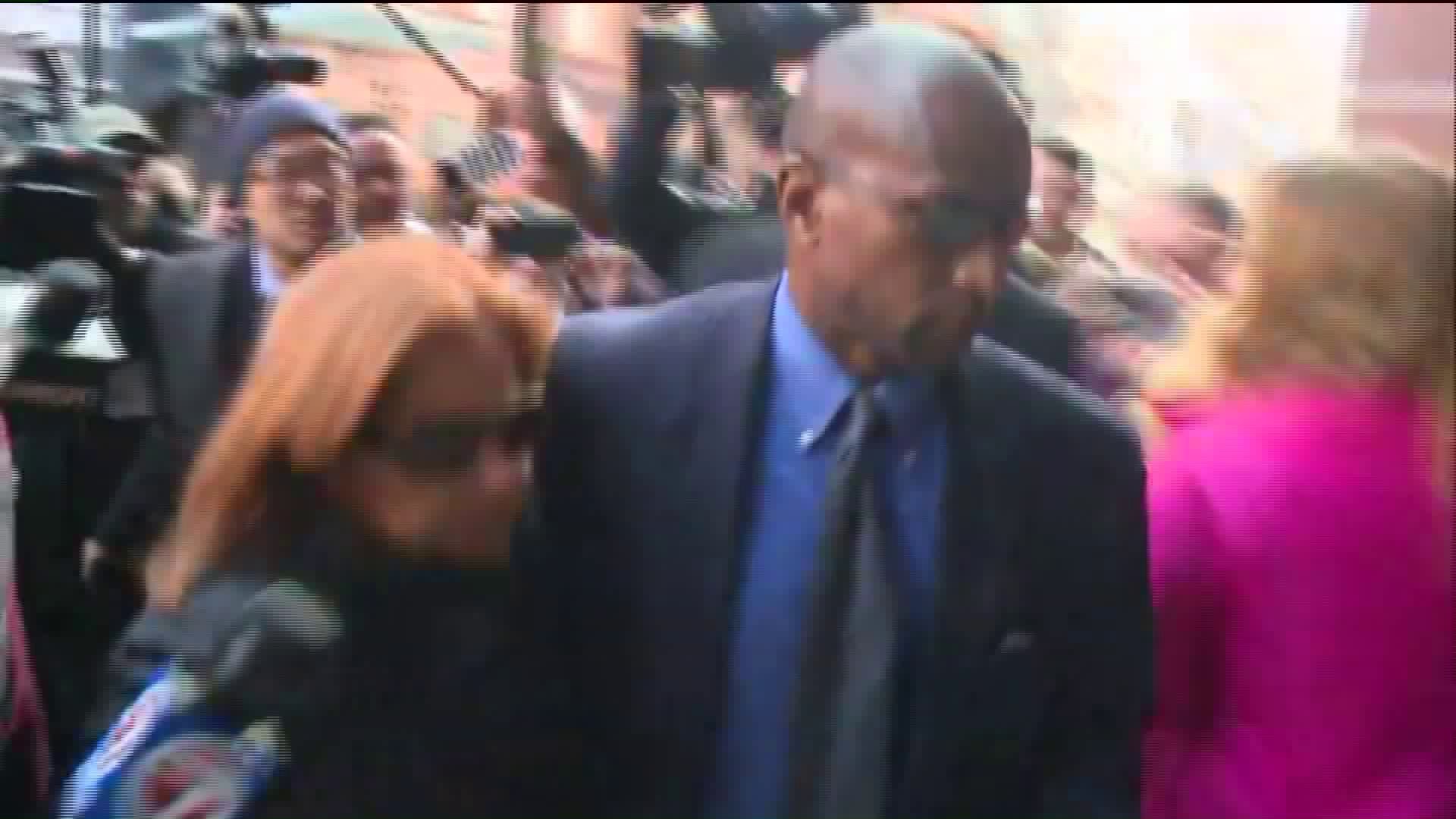 BOSTON — A former women's soccer coach at Yale University pleaded guilty Thursday to taking hundreds of thousands of dollars in bribes in exchange for pretending applicants were recruits to boost their chances of getting into the school.

Rudy Meredith, 51, is the third person to plead guilty in the wide-ranging school admissions scandal in which authorities say wealthy parents paid an admissions consultant to rig their children's test scores and bribe coaches at sought-after schools.

After pleading guilty, Meredith was met with a chaotic scene outside the front entrance as the media surrounded the entrance and followed Meredith back to his car, shouting questions along the way. Fox 61’s Matt Caron asked Meredith what he had to say to the students who earned their way into Yale? Meredith did not respond. 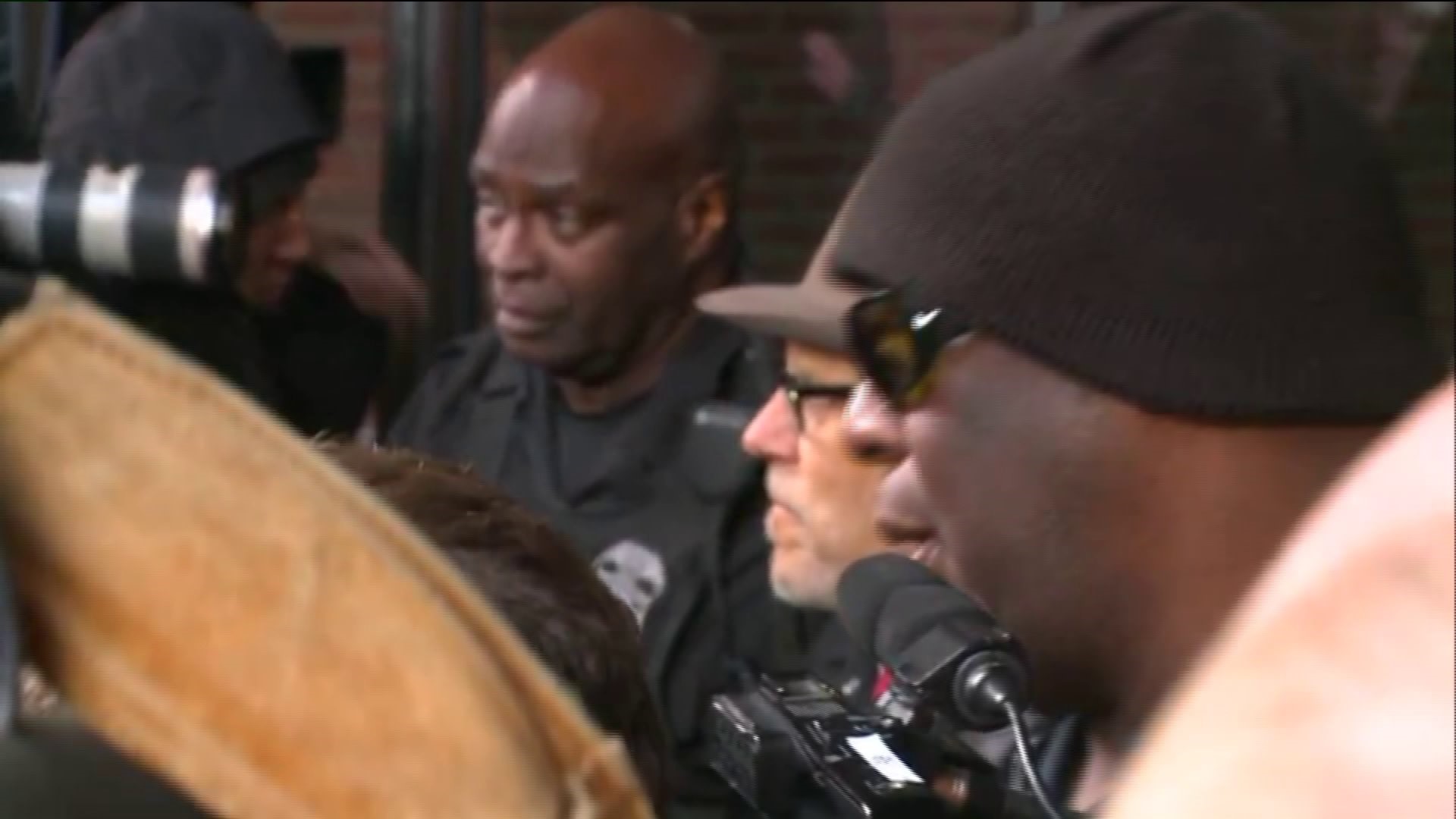 Now that Meredith has pled guilty, the next step is sentencing. The U.S. Attorney and prosecutors have agreed to give Meredith a lesser sentence because he cooperated with the FBI and his information may lead to more arrests.

Meredith, who resigned from Yale in November, began cooperating with the FBI last year after investigators set up a sting in a Boston hotel room and caught him soliciting a $450,000 bribe from a father. He helped investigators unravel the wider bribery scheme by leading them to the admissions consultant, who later agreed to work with investigators and recorded his conversations with parents.

The FBI's investigation into the admissions scheme began after an executive who was under investigation in Boston for securities fraud told authorities that Meredith offered to designate the executive's daughter as a recruit in exchange for cash, a law enforcement official has said. The official was not authorized to discuss the case and spoke on the condition of anonymity.

In April 2018, the executive and Meredith met in a Boston hotel room that was bugged by the FBI. During the meeting, authorities say, the coach told the father he would help his daughter get into Yale in exchange for $450,000. The executive gave Meredith $2,000

in cash in the hotel room, and another $4,000 was wired to Meredith from a bank account controlled by the FBI, according to court documents.

During the meeting, Meredith also mentioned the admissions consultant, Rick Singer, which was the first time that authorities had heard his name, Assistant U.S. Attorney Eric Rosen told the judge Thursday. Investigators obtained Meredith's bank records, which showed that Singer had paid the coach more than $860,000 in the years leading up to the hotel meeting, Rosen said.

Meredith began cooperating that same month with investigators, who recorded phone calls between the coach and Singer that revealed the extent of the bribery scheme.

"We had learned through the telephone calls that this obviously wasn't related to a single bribe or single coach but rather a scheme, a scheme to defraud universities," Rosen said.

In one case, authorities say Meredith accepted a $400,000 bribe to get an applicant admitted as a recruit even though he knew she didn't play competitive soccer.

Prosecutors say the consultant, Singer, sent Meredith a fake athletic profile that described the student as the co-captain of a prominent club soccer team in southern California. The applicant's relatives paid Singer about $1.2 million, officials say.Yale said Monday that it has rescinded the admission of a student linked to the bribery scandal. The school has said it believes Meredith gave "fraudulent athletic endorsements" for only two applicants. The other was denied admission despite Meredith's endorsement, the school said.

Singer has pleaded guilty to charges including racketeering conspiracy.

Several others have pleaded not guilty, including tennis coach Gordon Ernst, who is accused of getting $2.7 million in bribes to designate at least 12 applicants as recruits to Georgetown and was the personal tennis coach for former first lady Michelle Obama and her daughters.

So far, 50 people have been charged with what’s being called the largest college admissions scandal ever. 7 of those people are coaches. 2 are administrators.

Singer has already pled guilty. Meredith wasn’t the only suspect who appeared in Boston Thursday. Michael Center, the former Men’s Tennis Coach at the Univeristy of Texas, Austin also made an appearance.