NEW HAVEN — With over 3,600 students, from around the world, due to graduate from Yale University Monday, it was an ideal opportunity for some graduate st... 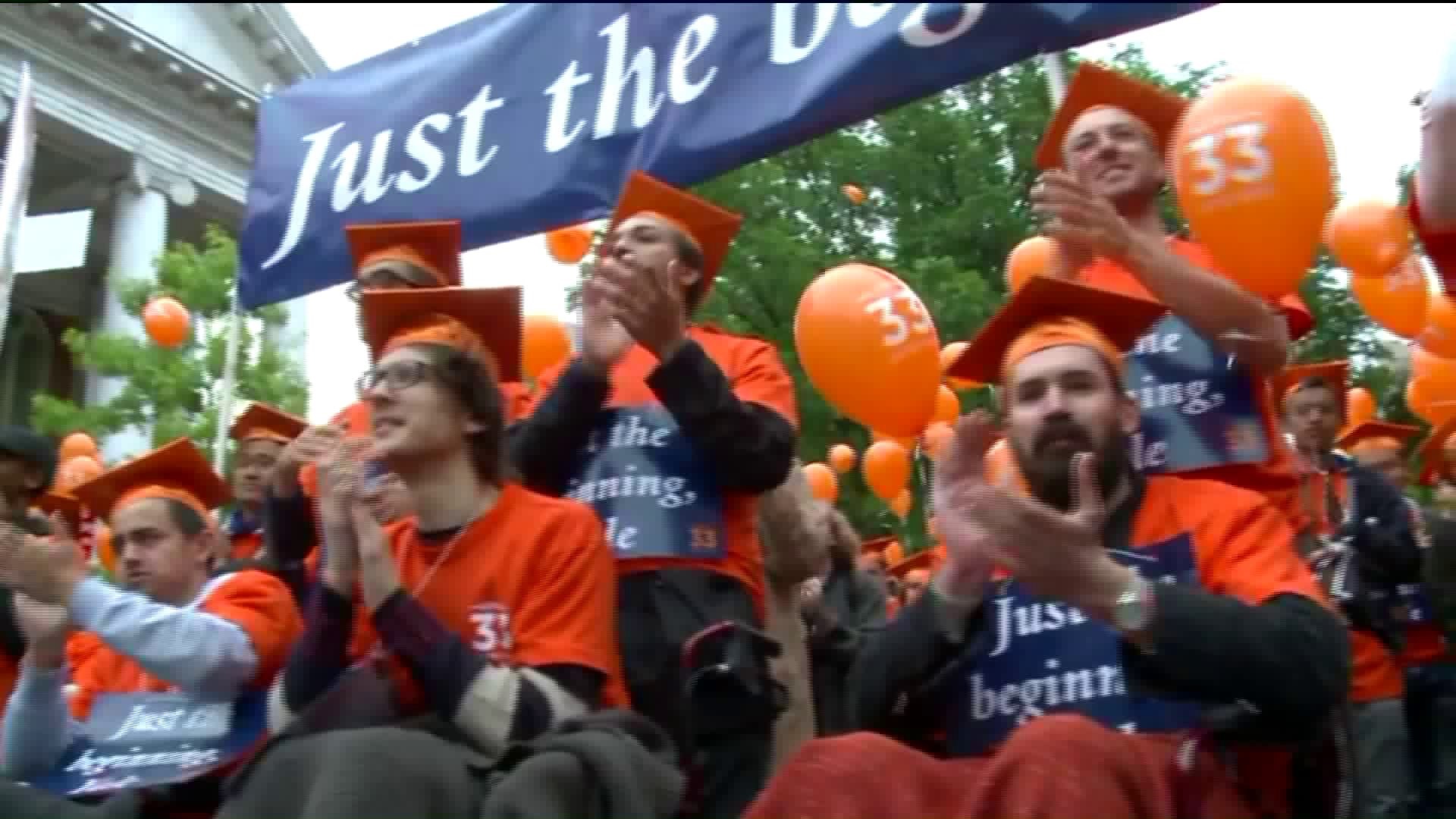 NEW HAVEN -- With over 3,600 students, from around the world, due to graduate from Yale University Monday, it was an ideal opportunity for some graduate student teachers to create awareness for their perceived slight.

A sea of orange, thousands deep, along Elm St., very visible to the Class of 2017 and their families walking to commencement ceremonies Monday morning. The graduate students voted to unionize in February due to believing the compensation package and Yale's accountability on certain matters are lacking.

Darius Manora, graduating with degree in economics, said he feels the grad students claims are reasonable. "I'm definitely very much persuaded after you know the show of respect.So, I'm all for that."

Skyler Inman, another 2017 graduate, said,"We definitely support our graduate teaching fellows and obviously want the best resources for them."

Yale's position is the vote, orchestrated by the Local 33, of UNITE HERE, was not democratic because students from only 8 of the 56 Yale graduate school programs were permitted to cast a ballot. So, the university is appealing to the full National Labor Relations Board and will not negotiate until there is a ruling.

Ruben Dario Vega Perez, another student having a BA degree conferred upon him, said he is "celebrating both their presence and my presence here today." 01:38:42

Parents of graduates also weighed in.

"I think it's a great thing, a great opportunity for the students to get national attention," said James Wilson, a parent from Philadelphia. "Why not take advantage of it? Take a vantage of the spotlight."

"Unity always gives it more strength in what way you want to take," said Jean-Baptiste Natama, a parent and and the son of the former King of Burkina Faso, a country in west Africa.

Geetha Nathan, the mother of 2017 Yale graduate Aparna Nathan, believes "Everybody has a right to say what they want to say and fight for what they believe in."

All of the support, from as far away as California, was heartening to graduate student teachers, many of whom fasted for as long as two weeks, in protest of Yale refusing to negotiate a contract.

"The reason I personally decided to do that (fast) is because my work was double last year and I got no extra pay for it," said Emily Sessions, a PhD student in the History of Art. "I had absolutely no say in it."

Yale contends the university provides a compensation package to its graduate students that is unsurpassed.

Tom Conroy, a Yale spokesperson, says the university offers "a generous stipend of $30,000 annually, free healthcare and they only teach part time in two of those six years."  And, Conroy notes, the doctoral candidates also do not pay tuition.

Maria Elena Durazo, the vice chair of the Democratic National Committee, was part of the orange clad crowd Monday. She came in from San Francisco to offer her support, saying what's happening at Yale could soon be happening across the country.

"Donald Trump is going to be changing the labor laws as they are applied in this country to make it a lot harder for people who just want to negotiate better wages and working conditions ," said Durazo