HARTFORD — The much-anticipated first Hartford Yard Goats ended with victory, a welcomed beginning for many amid the slow start on the team’s stadium in t... 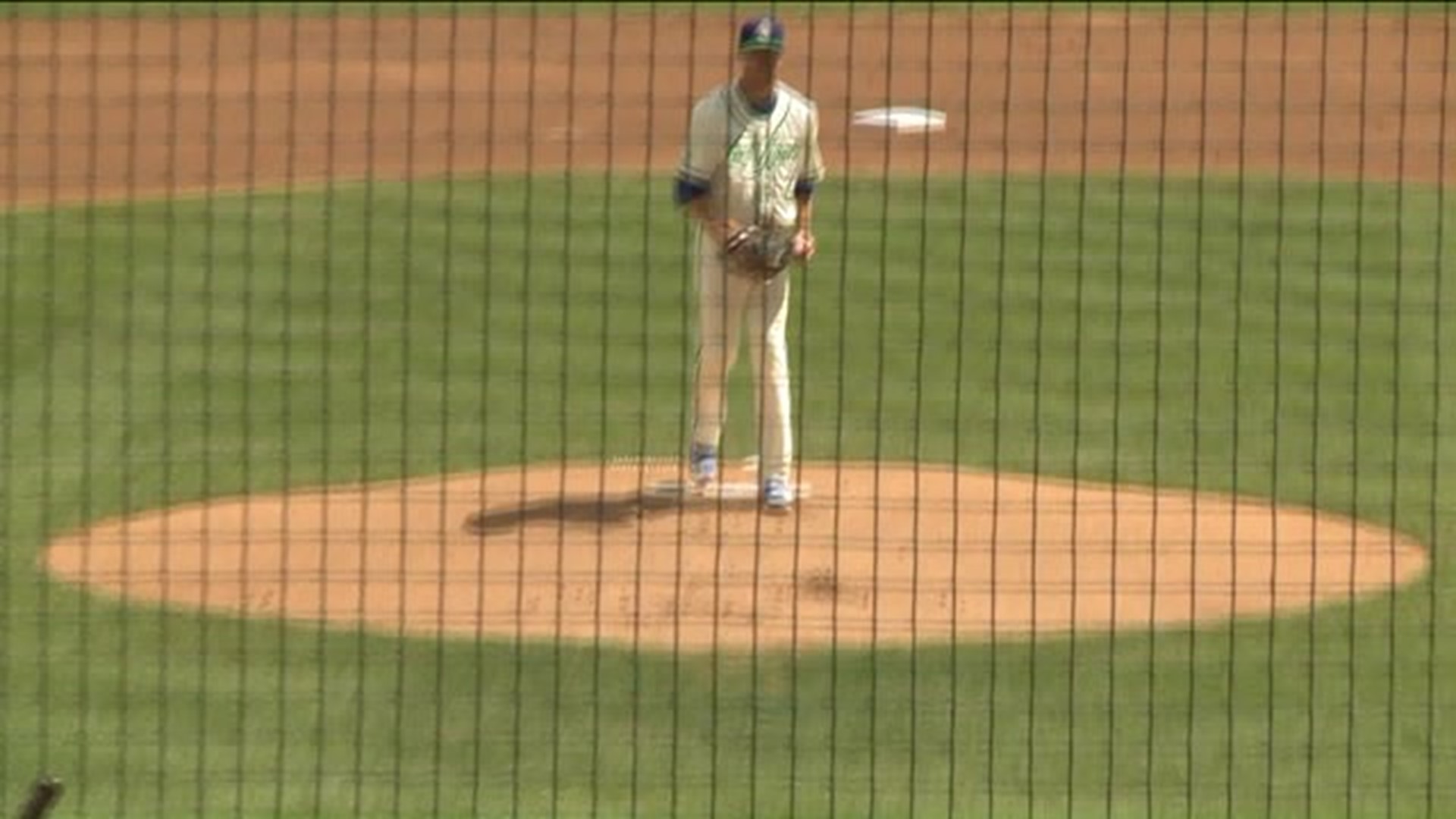 HARTFORD -- The much-anticipated first Hartford Yard Goats ended with victory, a welcomed beginning for many amid the slow start on the team’s stadium in the Capital City.

The Yard Goats may have to play on the road for a few weeks--their first game was in Richmond versus the Richmond Flying Squirrels on Thursday--and they won't play at home for several more weeks. That's why all eyes are on construction at Dunkin' Donuts Park, which was already delayed once.

For now, faithful fans like Marianne Midura will have to settle for baseball broadcasts.  “I’ll take it on the radio because as kids that's what we always did. Listen on the radio,” said Midura, a season ticket holder who attended an Opening Day soiree at City Steam. 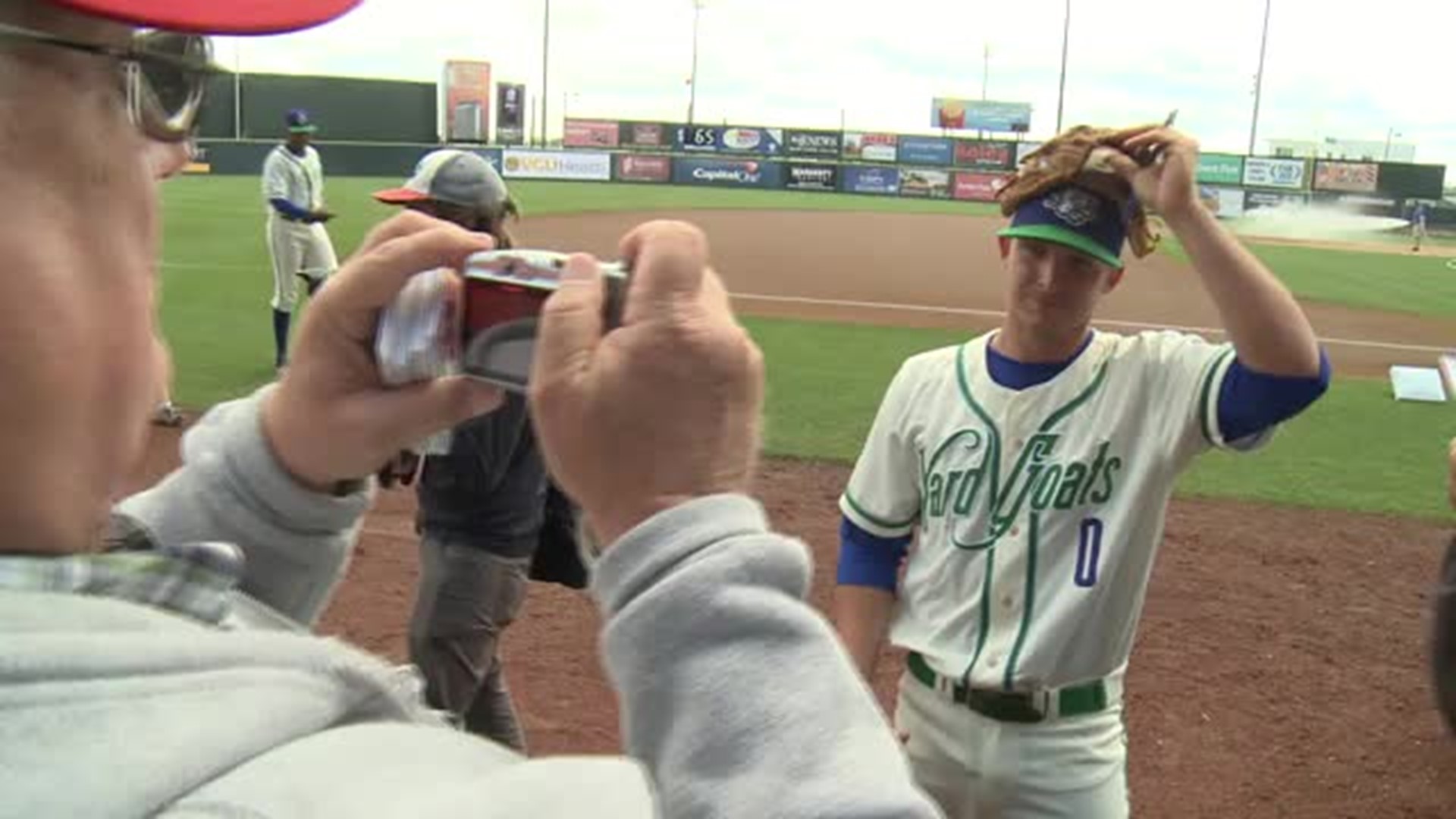 Those in Hartford hankering for home-turf home runs hope developers meet their new deadlines. Contracts with the city say "substantial completion" is due by May 17. A home opener is scheduled for May 31.

Those deadlines are less than 6 weeks out and naysayers see bare bones at the ballpark: no windows, no scoreboard, no grass in sight.

“Everything’s on schedule,” said Mike Abramson, assistant general manager for the Yard Goats. He pointed to progress beyond the fence. “It's phenomenal, the visiting and home clubhouses are built out and the downstairs area is all walls and all of the stuff that needs to be in there."

General Manager Tim Restall was at the game, and though he said they're sad not to be in Downtown North, it's exciting to get the season started. 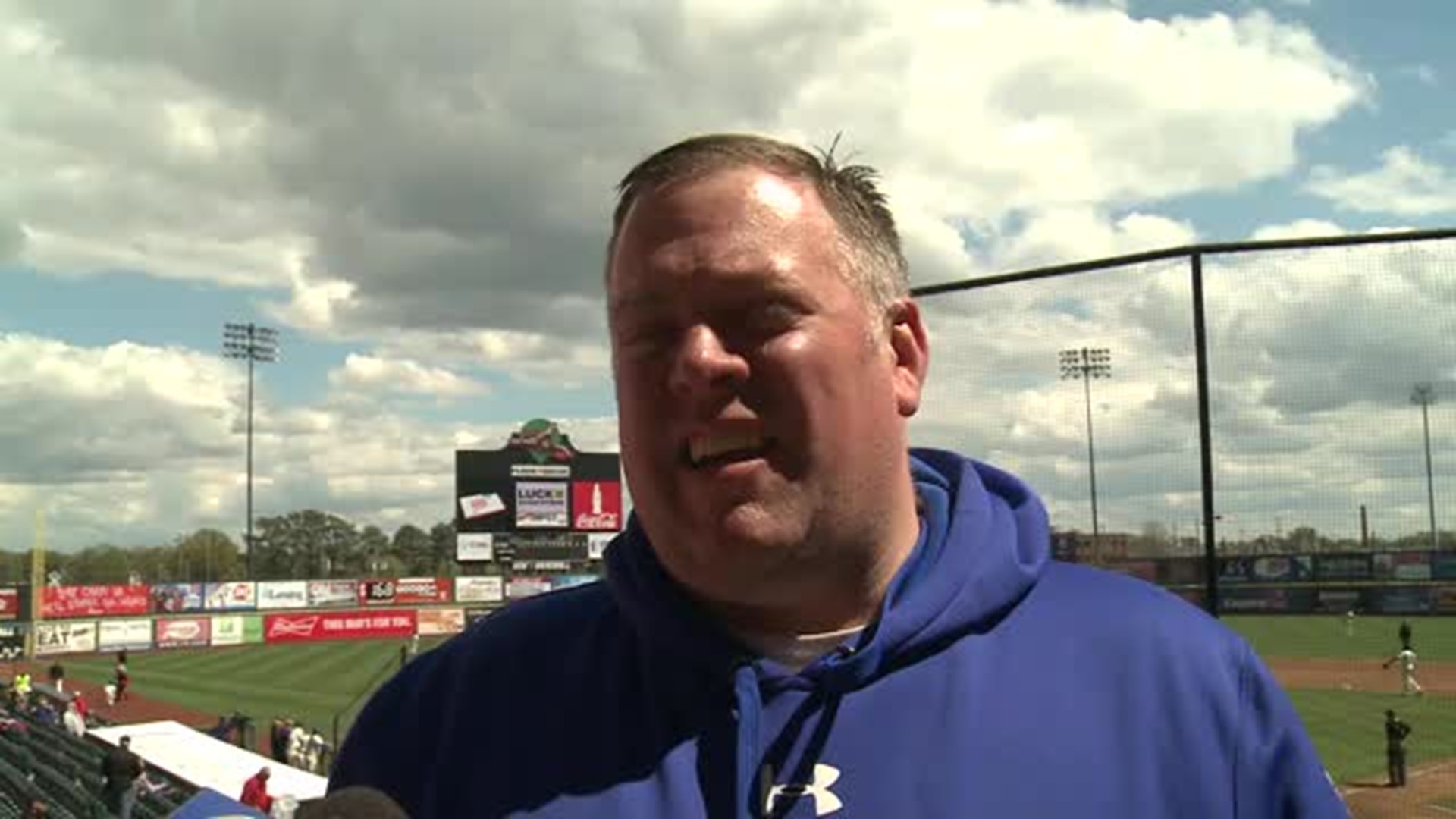 Mayor Luke Bronin spoke carefully when asked for a status update on the stadium.

“Our team is over there every day monitoring and pushing. As was said in our Stadium Authority meeting a couple of days ago, we think we can get there but it is going to take maximum effort and maximum coordination,” Bronin said.

A representative for the ballpark developer, Centerplan Construction Company, sent FOX 61 a statement attributed to the principal of the DoNo Hartford LLC project, Jason S. Rudnick.

"We continue to operate in coordination with the City of Hartford and the Yard Goats at a maximum effort toward the substantial completion date of May 17th. As presented earlier this week before the Hartford Stadium Authority, we are confident that we will meet that goal," the emailed statement said.

Season tickets holders are holding out here at home --perhaps they gained even more confidence with the team's triumph over Richmond.

The Yard Goats are scheduled to face the Flying Squirrels again on Friday at 7:35 p.m.