NEW HAVEN – Many companies hold team building exercises to build camaraderie, but Friday morning, Yale University was proud to pedal a workshop that is al... 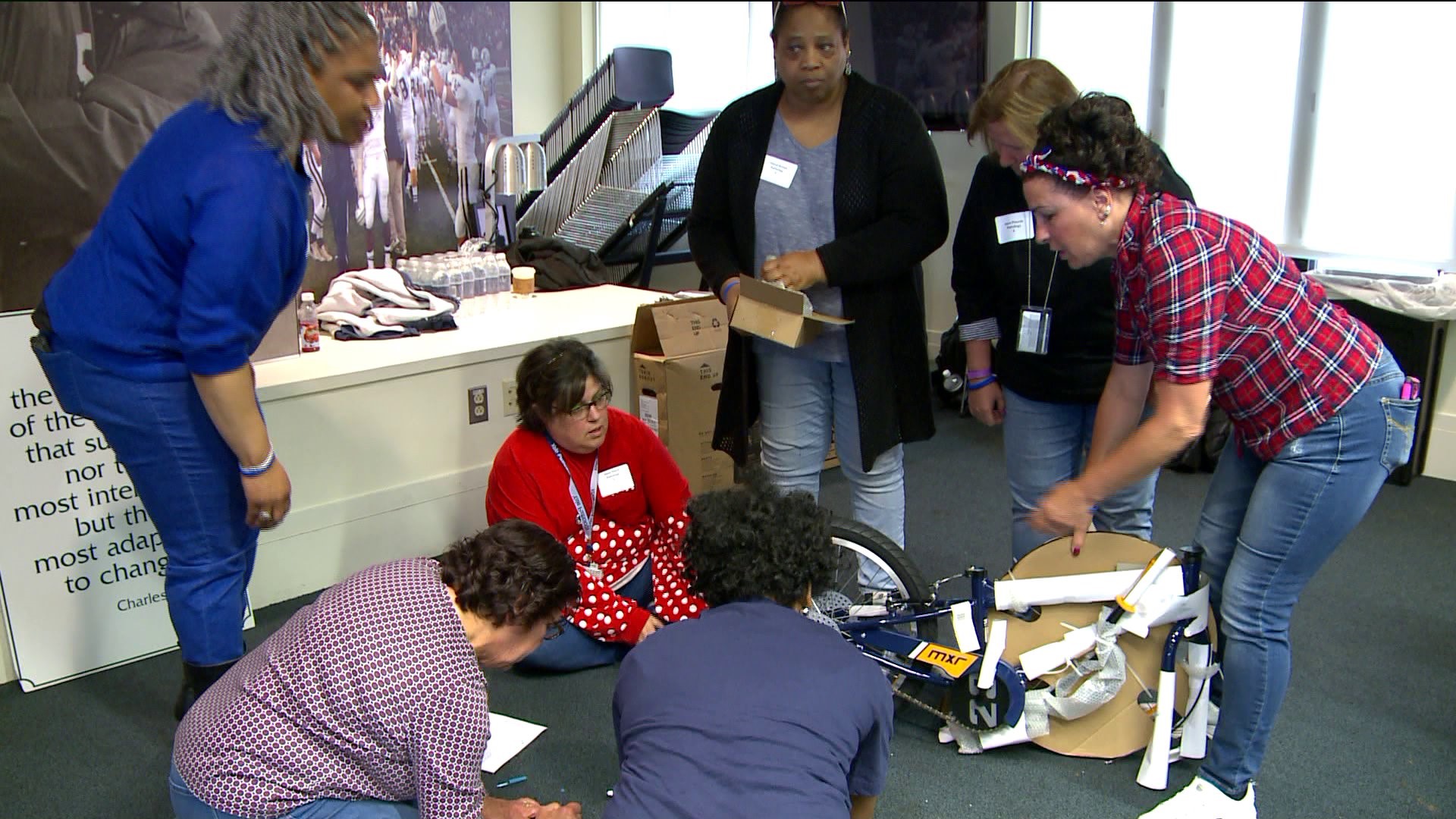 Inside a meeting room, at Yale Bowl, members of the Yale clerical and technical workers union teamed up with management to construct children's bicycle's.

But, part of the exercise was that they could not use instructions. The bikes had to be built-in 40 minutes, as well. And they had no idea who the bikes were for until a group of first graders, from the Quinnipiac STEM School, in Fair Haven, walked in.

The children had no idea the bikes were for them either.

They were told they were simply at Yale Bowl on a field trip, as a result of some acts of kindness they had performed in school or in their personal lives.

"Hey Yale, do you want to give these bikes you built, to these kids," the emcee of the event queried. The was a loud roar of approval that followed.

"It just warms my heart," said a teary eyed Yale employee. "Look at this precious baby. How about if I kiss him!"

Each of the dozen children received a new bicycle and a helmet, plus bike safety training from a Yale University police officer.

Some of the Yale employees said they had never built a bike before today, but that they won’t forget what turned out to be an act of kindness of their own.