SIMSBURY — You may have seen videos of bears getting dangerously close to the neighborhoods we live in. Now, there’s concern for coyotes, who are attackin... 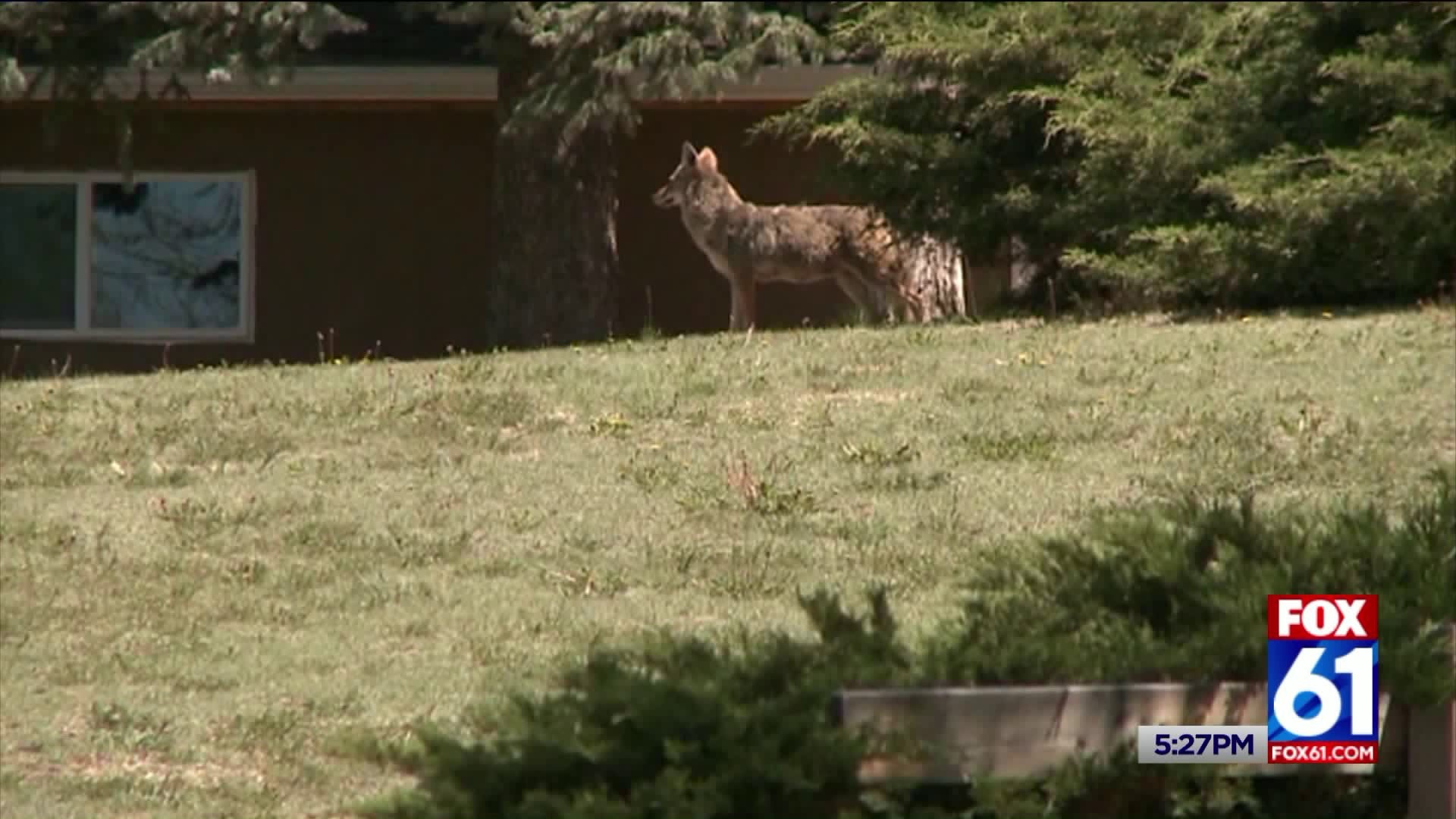 SIMSBURY -- You may have seen videos of bears getting dangerously close to the neighborhoods we live in. Now, there’s concern for coyotes, who are attacking pets.

"When the windows are open you can hear them," says Simsbury resident, Gus Jasminski. "They’re very active all night."

You don’t always see them.

But, you may start to see more of them.

"If you think about it, they have no predators on this side of the country," says Rudewicz.

Now, thanks to intentional and unintentional feeding, coyotes, like bears, are getting braver about coming onto our properties.

A coyote has no predators, but your pets are their prey.

After Melissa Osborne’s dog, Boone, was attacked by coyotes back in March, she is taking action to protect her yard.

"I don’t have a fence enclosing my new property, yet and that’s something I’m going to have to take care of before I feel like I can safely bring him home," says Osborne.

Officer Rudewicz says fencing is the best defense against wildlife. Keeping your pets on a long leash is another good defense.

"The dog can still roam the yard, have some exercise, but you still exercise ultimate control over that dog," says Rudewicz.

It keeps pet owners minds at ease when letting their beloved pets outside.

"He’s never off a leash, unless we’re in a park or some controlled area," says Angeli of her dog, Davinci. "I wouldn’t take the risk here. You can’t anymore."

In some neighborhoods, property managers are asking that people don’t leave pumpkins in front of their house because bears and other wildlife will take them and eat them. If you have concerns with wildlife, you can call the animal control officer in your town.