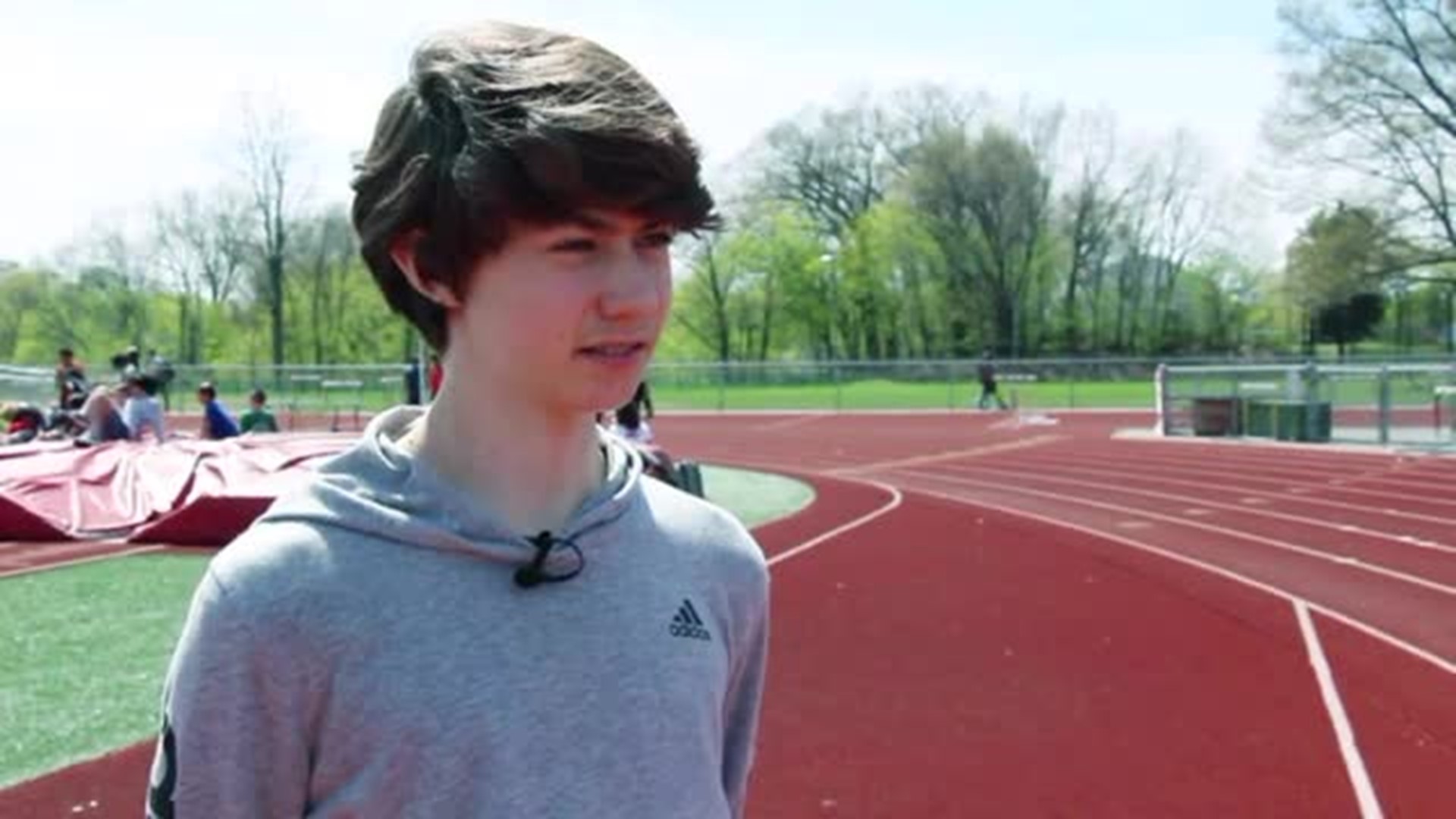 Aidan Puffer is a freshman runner at Manchester High School.

He has built a name for himself outside of Manchester, and is considered one of the best young runners in the United States. Even with the attention Aidan receives, he has always remained humble.

Known for passing the finish line with a relaxed demeanor, you wouldn’t know the 14 year old Manchester athlete has already broken two world records for his age group. Starting at the age of 9, Aidan developed a passion for running and wanted compete competitively, yet he didn’t know he’d accomplish more than what most pro adult track athletes can’t.

Aidan explains,  “I didn’t think I’d be as good as I am now when I first started running. I guess as I kept progressing each year, I get new goals every year, and just keep wanting to improve from there.”Aidan’s dedication is immeasurable, as he runs up to 40 miles a week. His friends and family are what keep him going.

Aidan says, “My family and friends keep me motivated. They're always cheering me on, and I want to impress them.”

Redman says, “He is blessed, he’s gifted with great endurance, and he has a natural talent, so it’s wonderful to see him succeed at that. It brings great recognition to Aidan and also to the program. We have a tremendous history of running in this town, and so I just feel like it’s such a natural fit for us.”

Aidan can arguably be called one of the best runners on the Manchester Track team it isn’t his speed and endurance that gains him respect. He still has three years left here in Manchester but his life of running extends beyond that.

Aidan hopes that“10 years from now I want to run professionally, and hopefully make it to the Olympics.”Running with a time 14:47 in a 5k recently, Aidan was the top headline across the state, as he broke his 3rd world record for 14-year-olds.